The Best Cheap Hotels to Book in the Bronx, New York City 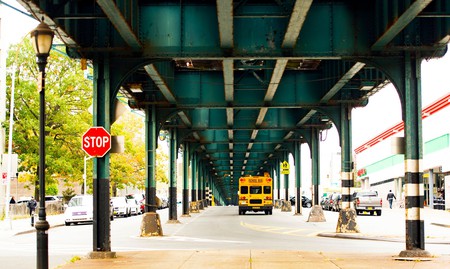 You haven’t experienced the Big Apple until you’ve checked out the Bronx. The northernmost of the five New York boroughs is home to more than Yankee Stadium and the Bronx Zoo. It’s the birthplace of rap and hip-hop. It boasts the sprawling Pelham Bay Park, which makes Central Park look like a backyard. It has a proud multicultural community, waiting to show you a different side of New York. And you can Boogie Down on any budget, especially when you stay at these cheap hotels in the Bronx, bookable on Culture Trip.

The Opera House Hotel, for a fancy stay 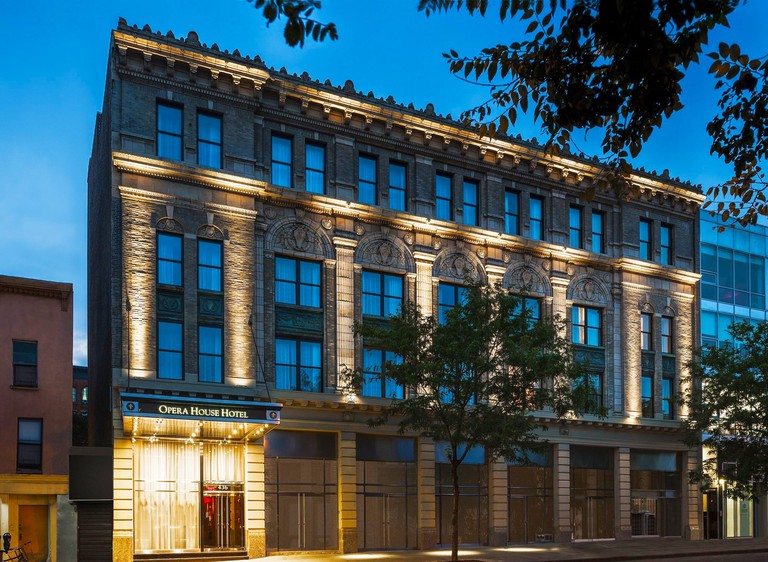 You don’t need to be as rich as a baritone to savor a stay at the Opera House Hotel. The performing grounds of legends such as the Marx Brothers and Harry Houdini are now your gateway to the South Bronx. You and your wallet won’t need to be dressed to the nines to check into these luxe accommodations – but no one will mind if you roll into your Superior King room like a flashy conductor or stun other guests at the complimentary cookie hour like the diva you are.

Wingate by Wyndham Bronx/Haven Park, for a pet-friendly vacation 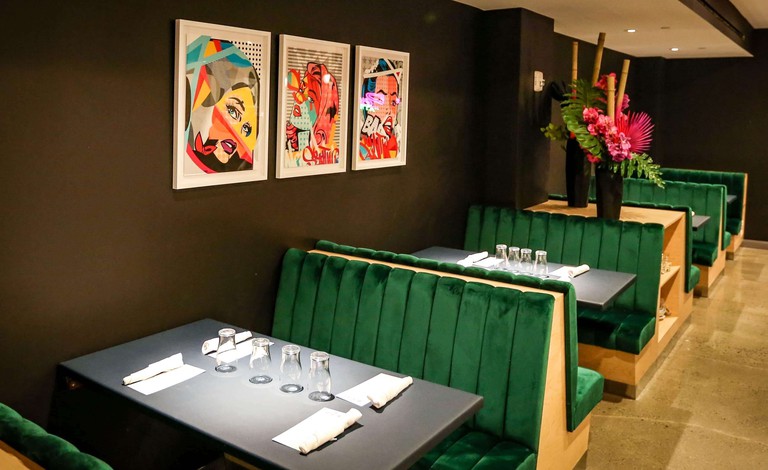 Courtesy of Wingate by Wyndham / Expedia

Get to the heart of Manhattan in a New York minute from the Wingate in the Bronx. Just across the river from Harlem, a deluxe room can be yours without emptying your pockets. If you do have extra pennies rolling among the lint, bring your pet along for the trip. You’ll get a full breakfast buffet in the morning and they’ll get all of the smells they can handle with a quick walk to Central Park.

Ramada by Wyndham Bronx Terminal, for breezing through 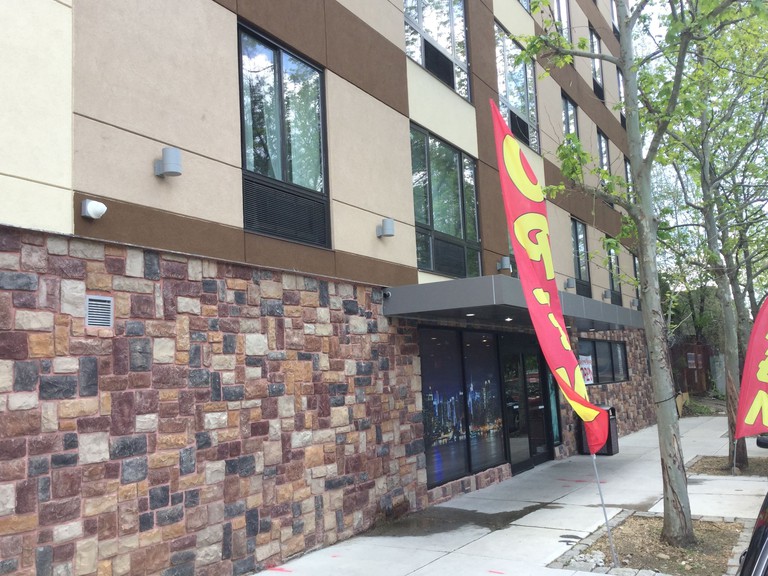 We know of few places better than the Bronx Ramada to get into the Empire State of Mind. Run this town from the comfort of a king suite (pillow top mattress included). Mobile checkin means you can keep your earbuds in and rock it like a renegade right over to the indoor pool after arriving. Brush that dirt off your shoulder and get to know the Bronx music scene at the Universal Hip Hop Museum, two blocks away near the Harlem River. 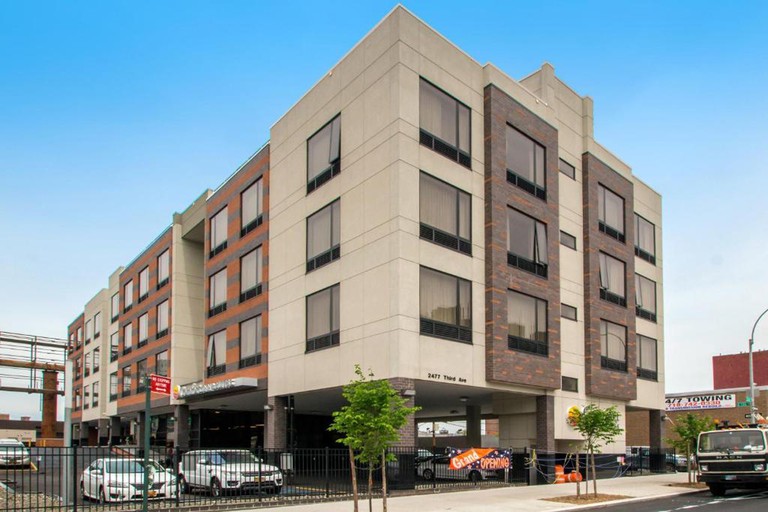 Courtesy of Comfort Inn and Suites Near Stadium / Booking.com

Getting around the Big Apple is effortless from Comfort Inn & Suites. This cheap hotel in the Bronx is near Third Avenue subway station, so you’ll have no need to spend money on parking or a rental car. Oversized walk-in showers will help you wash off the light sweat you’ll get pacing the 1mi (1.6km) to the Bronx Terminal Market. Breakfast is free of charge, and with Harlem a quick hop across the river, the best of Upper Manhattan’s restaurants are within reach. 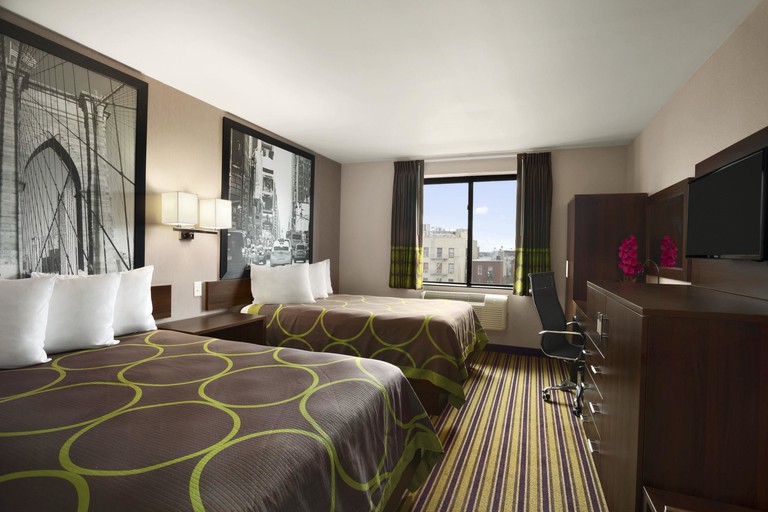 Talk about a home run – the Super 8 in the Bronx is a 2mi (3.2km) line drive from Yankee Stadium. Breakfast, parking and wifi are all free – a triple play of which the Mets could only dream. Coffee and tea are also free in the lobby, which may not sound like much, but will save your Starbucks money for brews and franks at the ballpark. Are the Bronx Bombers on the road? There’s a restaurant on-site that’ll send grub to your room when the first pitch is broadcast. 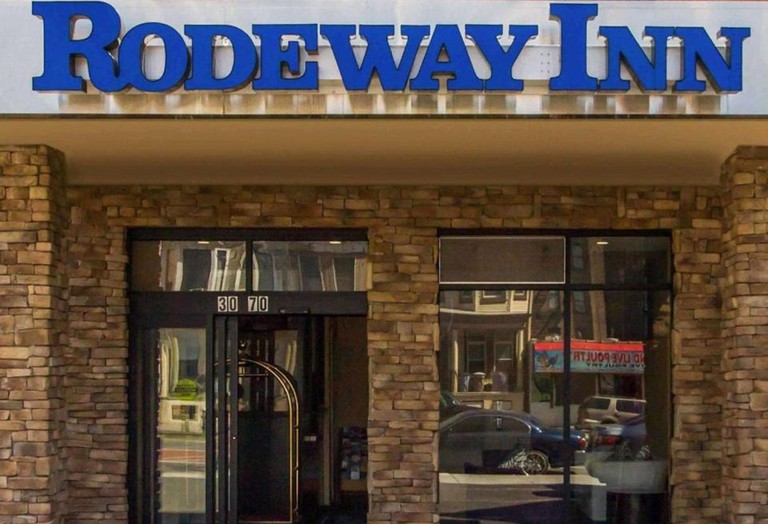 Staying at the Rodeway Inn is a breath of fresh air – and not only as it hugs the Bronx River Forest. This cheap hotel in the Bronx is also refreshing for your wallet, allowing your budget to breathe. No costly trip to the Big Apple here; not when you add in the free wifi and parking that won’t nickel and dime you. Low nightly rates will cost peanuts – and you’ll still have some left to feed the elephants at the Bronx Zoo next door.

Looking for more hotel options in New York? Check out our pick of the best hotels in Chinatown, New York, bookable with Culture Trip.