The Harlem Renaissance: Artists That Defined An Era

Originally called the New Negro Movement, the Harlem Renaissance was a cultural, social, and artistic eruption that occurred in Harlem between the end of World War I and the mid-1930s. It was a time of cultural celebration after African Americans had endured centuries of slavery and the struggle for abolition. Harlem, situated in Manhattan, became a cultural core for black writers, artists, photographers, scholars, poets, and musicians. 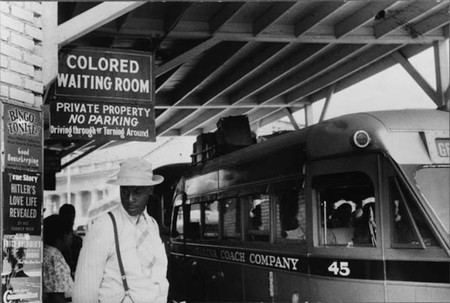 Du Bois encountered Jim Crow segregation for the first time when he attended Fisk University in Tennessee. This photo was taken at a bus station in North Carolina | © BaomoVW/WikiCommons

The Harlem Renaissance fostered a new era for black artists and according to Alain Locke, transformed ‘social disillusionment to race pride.’ The Harlem Renaissance was an artistic and literary movement that ignited a new black cultural identity. Jean Toomer, Rudolf Fisher, Wallace Thurman, Nella Larsen, Countee Cullen, and Zora Neale Hurston were some of the figures at the movement’s center. An older generation of writers, including James Weldon Johnson, Claude McKay, Alain Locke, and Charles S. Johnson, served as mentors to the younger writers. In 1926, Locke summed up the essence of the renaissance saying, ‘negro life is seizing its first chances for group expression and self determination.’

Much of the white literary formation became captivated with the writers of the Harlem Renaissance, and black Harlem writers received wide recognition with many works published in mass numbers. Much of the literature focused on a rational representation of black life, and the aim of the movement was not political, but aesthetic. The Harlem Renaissance influenced future generations of black writers and allowed them the opportunity to seek success in the publishing sector. However, the movement was largely ignored by several literary establishments, and it lost attention during the 1930s. The civil rights movement revived the works of the Harlem Renaissance later in the 20th century. 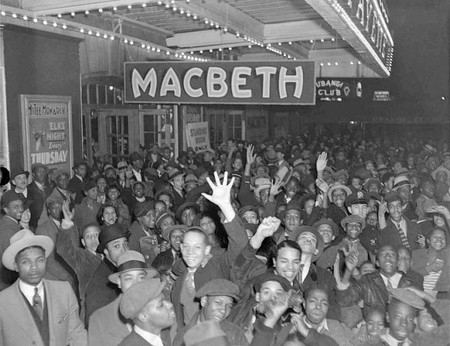 With racism still a major problem and with limited economic opportunities available to them, African Americans used creative expression to voice their opinions and broadcast their ability to create great works of art. Jobs were plentiful in cities in the United States in the years between World War I and the Great Depression, especially in the northern states. The Great Migration began as disenfranchisement and Jim Crow laws led many African Americans to hope for a new life up north. Almost 750,000 African Americans left the South and migrated to urban areas, like New York, to take advantage of their growing prosperity. Harlem attracted nearly 175,000 African Americans, making it one of the largest concentrations of black people in the world at the time. Black-owned newspapers and magazines thrived and W.E.B. Du Bois’s journal, The Crisis, launched the literary careers of writers Arna Bontemps, Langston Hughes, and Countee Cullen. 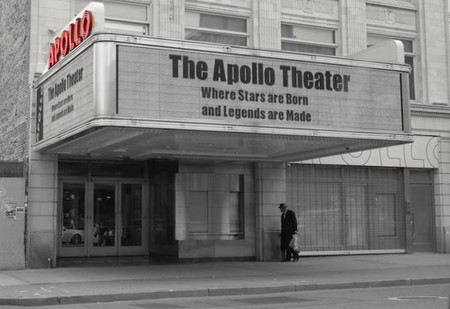 The Apollo Theatre in Harlem became famous during the Harlem Renaissance and launched the careers of artists such as Billie Holiday | © Dr. Wendy Longo/FlickrCommons

Unfortunately, not all northerners welcomed African Americans like they may have hoped. White laborers argued that African Americans were taking over the employment market and lowering wages. However, the Harlem artists were thrilled they were finally being noticed, and integration into the white world seemed to become less important to them. Langston Hughes described how acceptance by society was less important than the ‘expression of our dark-skinned selves.’

Hughes became the most prolific writer of the Harlem Renaissance, writing with the rhythmic pattern of blues and jazz. Book publishers soon became aware of the talent of Hughes and other Harlem writers, and they indulged many of these talents including, Zora Neale Hurston, who was quickly noticed for her moving novel, Their Eyes Were Watching God. 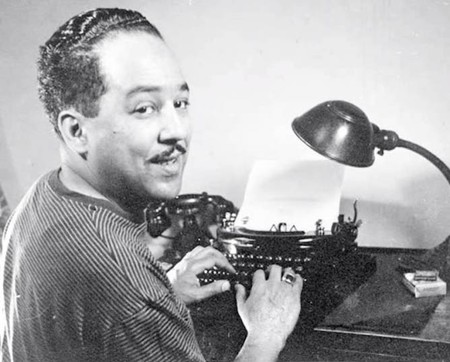 Langston Hughes, the most prolific writer of the Harlem Renaissance | © Jama Rattigan/WikiCommons

Musicians who resided in the Harlem area also shot to fame. Singer Paul Robeson, for example, electrified audiences with his breathtaking stage performances. No aspect of the Harlem Renaissance shaped America and the entire world as much as jazz. Singers such as Bessie Smith and Billie Holiday promoted blues and jazz vocals.

While the renaissance was not strictly confined to the Harlem district, Harlem attracted an exceptional concentration of talent and served as the symbolic capital of the cultural awakening. The renaissance attracted whites to Harlem, where interracial connections grew, and rigid barriers that separated the races were broken. The artists of the Harlem Renaissance transformed African American culture and made an equally strong impact American culture more broadly. However, perhaps its greatest impact was to reinforce racial pride among black Americans.