The 7 Funniest SNL Auditions You Have To See 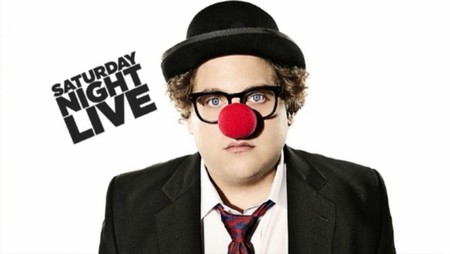 Since 1975, Saturday Night Live has faithfully provided viewers with memorable, late-night comedy sketches. Some of the industry’s funniest actors have emerged from this show, cementing their place in comedy history. But they all had to start somewhere: with an audition in front of show-runner, Lorne Michaels. On the 40th anniversary special in 2015, the show aired a supercut of auditions. So in the spirit of SNL comedy, we give you seven of the most hilarious, must-see SNL auditions.

Gilda was one of the original cast members of SNL, and from 1975 to 1980, she graced viewers with her radiant energy. Lighthearted and bubbly, it’s impossible not to smile watching her screen test, especially as the audition team pokes fun at just about everything she does.

One of the funniest men in the late-night business got his start from an uncanny repertoire of celebrity impressions, from Seinfeld to Chris Rock to Gilbert Godfrey.

It’s not hard to see why Tracy Morgan has been so successful, and it turns out he’s always been best at portraying cleverly dopey characters. Watch him performing his unique brand of oddball comedy below.

Phil was one of SNL’s most beloved additions, and this video portrays how fantastic he was at old-timey, foreign, and celebrity impressions.

Watch Dana Carvey’s charming brand of comedy in one of SNL’s most endearing audition tapes.

Now a household name, Will Ferrell was a favorite on SNL before embarking on a wildly successful solo career in film. In this clip from his audition, Mr. Ferrell depicts characters that are reminiscent of his subsequent style of comedic acting.

We reckon Jim Carrey did pretty well for himself despite not making the cut for SNL. In this short clip from his audition, he plays a post-nuclear Elvis to great effect. While it didn’t land him a spot on the show, he was instead cast on the famed series In Living Color, and he made quite a name for himself there.