The Most Christmassy Destinations on the Planet 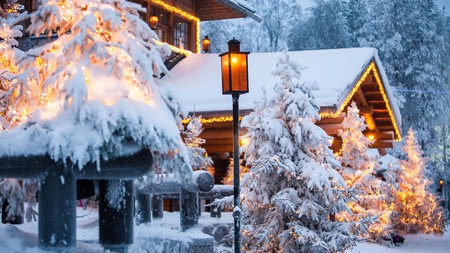 This Christmas, give yourself the gift of a festive escape even Old Saint Nick would envy. From storybook cities in Europe to a lively main square in Mexico, these December destinations are at the top of our nice list. To help you have yourself a merry little Christmas, here are the 12 most Christmassy places in the world.

The most European Christmas setting this side of the Atlantic can be found in this French-Canadian metropolis. Montreal’s French-themed Défilé de Noël festival, the 92-year-old Santa Claus Parade, multiple Christmas fairs, weekly fireworks displays, and plenty of festive French foods make for culture-combining Christmas celebrations all can enjoy. 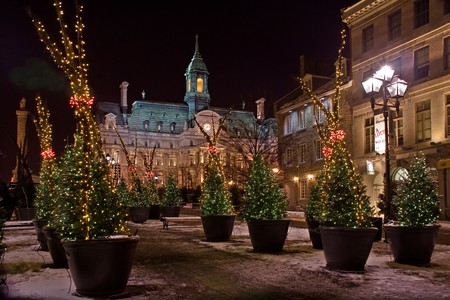 In Iceland, the Christmas spirit is so abundant that one Santa won’t suffice. Local folklore describes 13 Claus-like characters who dole out gifts to good guys and gals for 13 days leading up to Christmas. The best place to run into one of these Yule Lads, and to explore the charming Yule Town Christmas Market, is the capital of Reykjavík, where you’ll also be treated to stunning views of the famous Northern Lights. 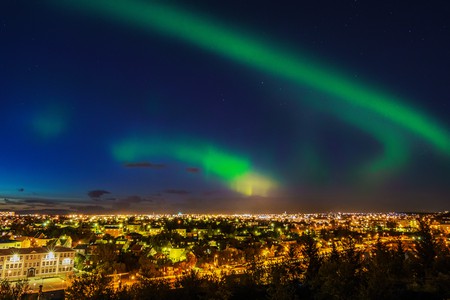 Trust the Big Apple to deliver larger-than-life Christmas commemorations. During the holiday season, the city that never sleeps lives up to its name with continuous Christmas events and offerings, including the famous 94-foot-tall (27 meters) Rockefeller Center Christmas Tree, the humongous ornament installations of Sixth Avenue, and the over-the-top Christmas decorations in Dyker Heights. 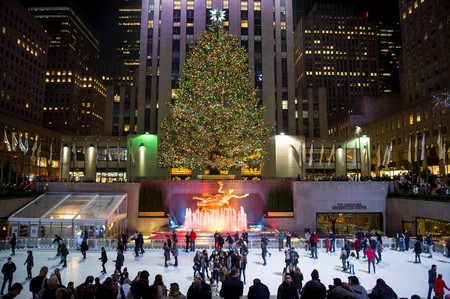 Come winter, and Germany is home to some 70 Christmas markets, or Christkindlesmarkts, the most popular of which is in the city of Nuremberg. At this world-famous town tradition, roughly 200 stalls selling handmade gifts, traditional German toys, and mulled wine and gingerbread are enjoyed by more than two million visitors each year. 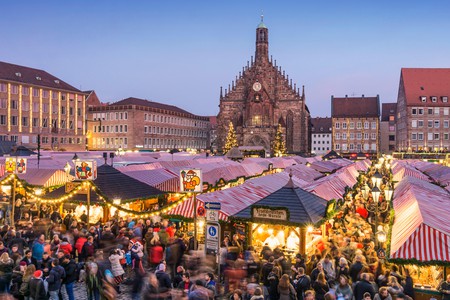 Situated north of the Arctic Circle, Lapland is considered by many as the true home of Santa Claus. Finland locals honor their hometown hero in capital city Rovaniemi with winter wonderland activities, such as exploring reindeer safaris, watching Santa’s elves at work, and joining Mrs. Claus in the kitchen for cookie-baking classes. 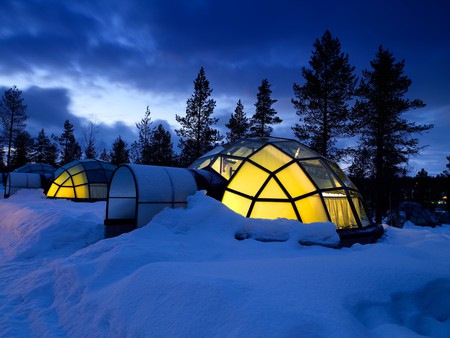 Celebrate the holiday’s roots at the birthplace of Jesus and the global hub of nativity scenes. Each winter, thousands of people around the world join the mass pilgrimage to Bethlehem, Palestine, where legendary Christmas Eve gatherings occur in the Manger Square and midnight mass takes place on the spot where Jesus was born. 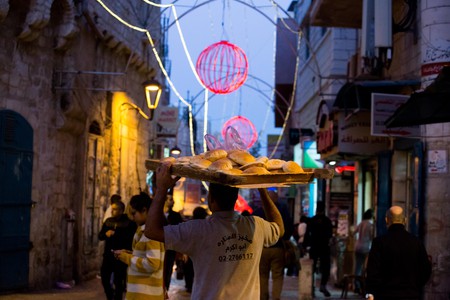 Those who dare to brave the Canadian cold will be rewarded with a charming winter wonderland scene straight out of a snow globe. For a classic Christmas experience, few places can compete with Quebec City, whose historic district is so old that it is a UNESCO World Heritage Site. Come December, and the city’s cobblestone streets and 16th- and 17th-century buildings are bedecked in Christmas trimmings and white snow as traditional activities such as ice skating and exploring Christmas markets take place around the city. 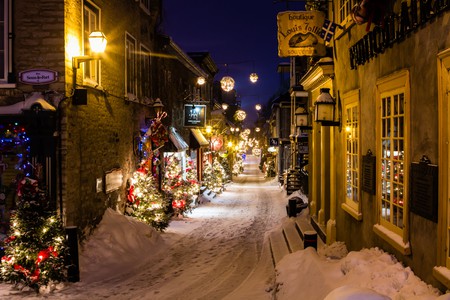 For more than 170 years, Copenhagen’s Tivoli Gardens has been a top Christmastime destination for celebrants around the world. As magnificent as ever, the Gardens’ dazzling light shows, market comprising some 60 stalls, and Christmas trees decorated with thousands of lights make it easy to understand this Denmark destination’s lasting endurance. 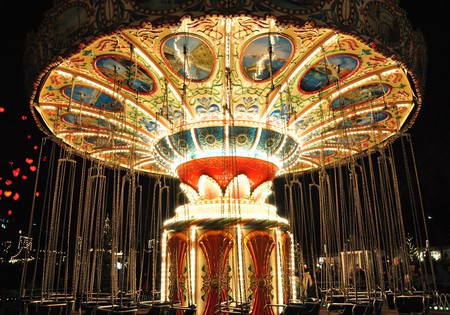 If Christmas kitsch is what you’re after, the most obvious Christmas destination is also the best. In the tiny town of North Pole, Alaska, 2,200 residents (including Old Saint Nick himself) celebrate Christmas all year long, with holiday decorations on display from January through December. Visit the Santa Claus House, stay at the Santaland RV Park, explore streets like Santa Claus Lane and Kris Kringle Drive, and see the sky light up in Christmassy hues at this perennial holiday hideaway. 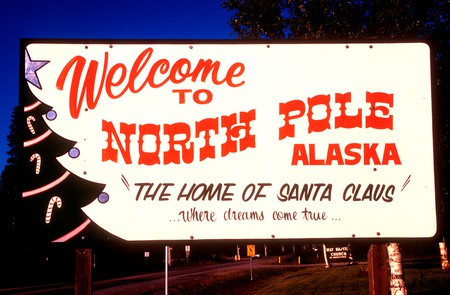 Home to three distinct Christkindlmarkts, the oldest of which dates back to the late 13th century, Vienna invites visitors to stretch their Christmas celebrations to last as long as they’d like. The Austrian capital promises old-fashioned holiday fun in the form of gluhwein-filled goblets, nativity displays, and legendary performances by the Vienna Boys’ Choir. 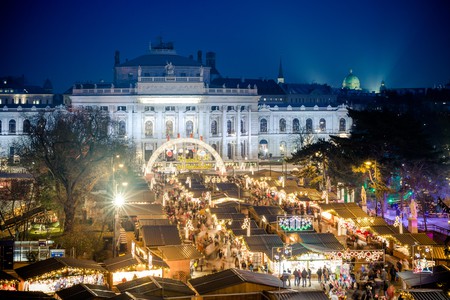 Are you dreaming of a warm Christmas? The festive atmosphere in the Spanish colonial city of San Miguel de Allende, Mexico, is as unexpected as it is unmissable. Visitors can look forward to theatrical Las Posadas and processions, live music and dancing in the town’s main square, foreign takes on familiar winter delicacies, and if you’re lucky, a glowing tan. 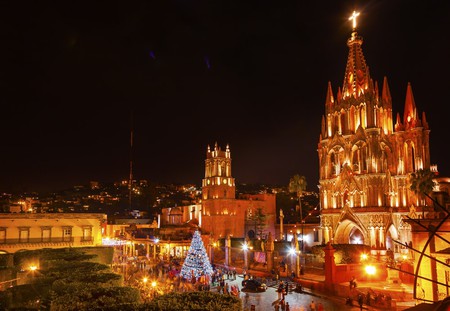 The secular celebrations in Japan’s capital are not to be missed—not that you could, considering the city is known for its in-your-face lights and decorations. While Christmas Day isn’t especially celebrated in Tokyo, locals embrace the holiday season with a festive fervor not often found outside of U.S. department stores. Expect over-the-top trimmings, contagious cheer, and enthusiastic Christmas Eve outings when spending the Western world’s favorite holiday in Tokyo, Japan. 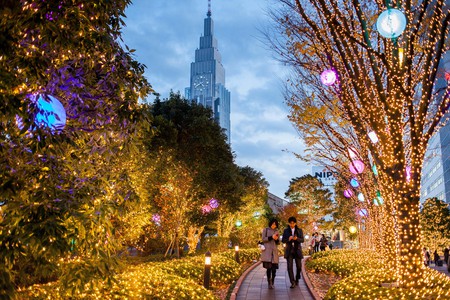