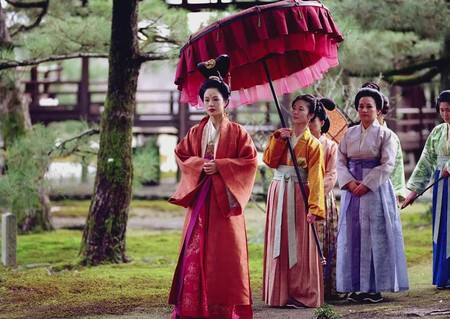 "The Assassin" | © The Weinstein Company

The Chinese movie industry has been producing more commercial films recently, making China’s box office the second biggest in the world after America’s. The nation’s art-house cinema is no longer the force it was at the beginning of the century, but the last few years has still seen gleams of brilliance.

The lives of a Triad member (Lau Ching-wan), a bank clerk (Denise Ho), and a cop (Richie Jen) change after a stock market crash. Mirroring the 2008 financial crisis, this is a movie about people trying to grab a lifebuoy at the expense of others, not realizing fate is beyond their control. Relatively restrained for a crime thriller directed by Johnnie To (see Drug War, below), Life Without Principle exudes a sense of indifference underpinned by dark humor. In the most memorable scene, Ho’s character persuades an older woman client to sink her life savings into a risky investment; both mundane and captivating, it lays bare the crime of luring working people and small businesses into the blood-sucking trap of finance capitalism. 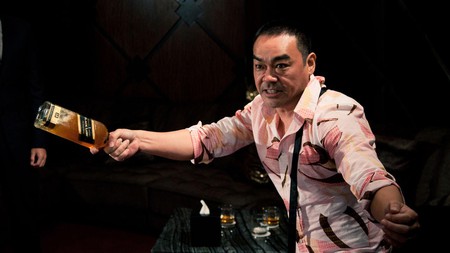 To show the destinies of ordinary people tossed by the waves of history and politics has been the emphasis of Ann Hui’s films, from 1982’s Boat People and 1999’s Ordinary Heroes to 2014’s The Golden Era. A Simple Life is a film about ageing and caring that reverses the traditional master-servant relationship in modern society. Deanie Ip gives a powerhouse performance as Ah Tao, the long-time live-in housekeeper of a Hong Kong family, all of whose members have emigrated, except the film producer Roger (Andy Lau). When Ah Tao suffers a stroke, she tells Roger she wants to retire and live in an old people’s home, and he arranges her move. Cameos from local stars contribute to the film’s nostalgic, heart-warming mood. 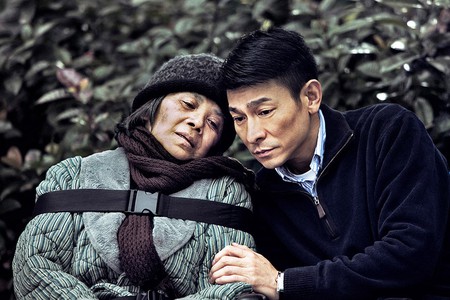 A writer-director who has told stories about his hometown Fenyang, Shanxi Province, since the beginning of his career, Jia Zhang-ke made a big step forward with A Touch of Sin. Telling four factually-based stories, it crucially depicts how violence springs from the widening gulf between rich and poor in modern China. The narrowly linked protagonists are an angry miner (Jiang Wu) railing against corruption, a migrant worker (Wang Baoqiang) returning home for his mother’s 70th birthday, a sauna receptionist (Zhao Tao, Jia’s wife and muse) who gives her married lover an ultimatum, and a teenager (Luo Lanshan) drifting from one dead-end job to another. 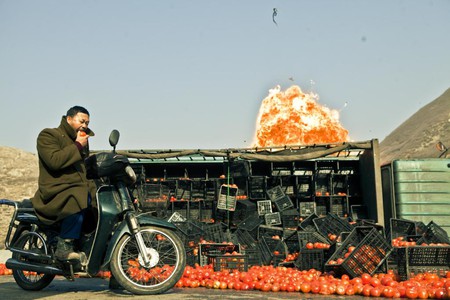 In modern Taipei, a destitute man (Lee Kang-sheng) and his young son and daughter face a daily struggle to find food and somewhere to sleep. The first half of Tsai Ming-liang’s masterpiece, which was shot in ultra-long takes in ceaseless rain, suggests a Taiwanese version of Vittorio De Sica’s neo-realist classic Bicycle Thieves. The film becomes more like a dream in its second half—the dreamers being both Lee’s character and the viewer. Tsai’s camera and Lee were made for each other: they are living proof that by gazing on a face we can enter another world. 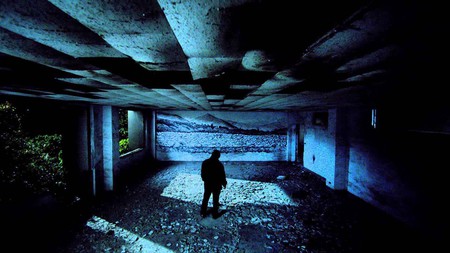 Set in a northeastern industrial city, Zhang Meng’s whimsical musical comedy-drama tells the story of a former steelworker, Chen Guilin (Wang Qianyuan), who lost his job due to privatization in the 1990s. Chen’s wife has left him for a rich businessman, and he can only win custody of their daughter by getting her a piano. When he finds he can neither buy nor steal one, he and his friends decide to build one—from steel. Meng, who grew up in the mining city of Tieling and made his name writing and producing TV comedy sketches, imparted a bittersweet quality to The Piano in a Factory. It’s cut from the same cloth as such British films as The Full Monty, Billy Elliot, and Brassed Off. 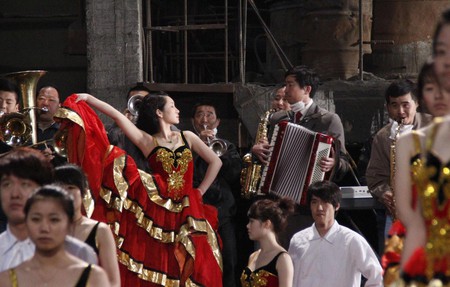 The Piano in a Factory | © Film Movement

The past, present, and the future merge in Kaili Blues, the story of a country doctor and poet, Chen (Chen Yongzhong), who goes searching for his neglected nephew following the death of the boy’s mother. Director Bi Gan shot his stunning debut in his birthplace, Kaili, a small southwestern town surrounded by winding rivers, mountains, and country roads. The film’s Chinese title Lu Bian Ye Can translates as Roadside Picnic, the name of the science fiction novel written by Arkady and Boris Strugatsky, who adapted it into the screenplay for Andrei Tarkovsky’s Stalker. Bi owes an obvious stylistic debt to Tarkovsky: Kaili Blues’ centerpiece is an amazing 41-minute rollercoaster shot that draws the viewer into Chen’s dreamy world. 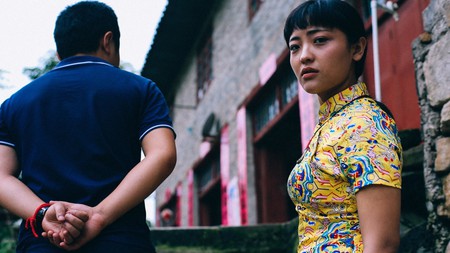 There have been a number of films about the legendary kung fu master Ip Man. Wong Kar-wai’s The Grandmaster, the most reflective of them, is partially set during the 1930s and the Second Sino-Japanese War, when different martial arts families fought for power and fortune. Wong’s largest project has an intimate quality. Ip (played by Tony Leung) was a cool, composed master with incomparable talent, but he was seemingly helpless in his relationship with his female rival Gong Er (Zhang Ziyi) and an outsider in the saga of revenge enacted by the martial arts sects. Five years in the making, The Grandmaster was released in three different versions, baffling many viewers. Plot was never a primary concern for a director whose work is all about feelings. 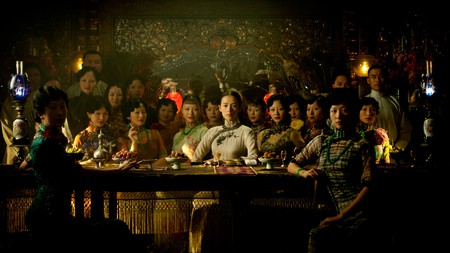 The Grandmaster | © The Weinstein Company

In Hou Hsiao-hsien’s The Assassin (2015), based on a 9th-century Wuxia story, the assassin Nie Yinniang (Shu Qi) is ruthlessly ordered by the nun who trained her to kill one of the most powerful warlords in north China—the cousin (Chang Chen), Nie had once expected to marry. Hou did not focus on the complex relationships between the characters or the terse martial arts fighting scenes, but discovered the story’s poetic truth by meticulously re-creating the atmosphere of the 8th-century Tang Dynasty and the living state of its people. Photographed by Mark Lee Ping Bing, Hou’s regular cinematographer, the film is one of the most lushly beautiful of recent times. 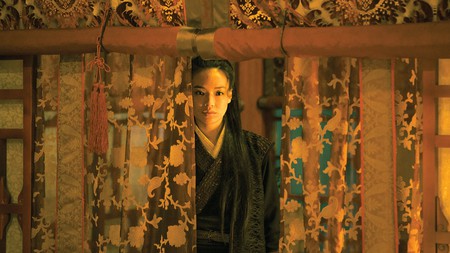 The Assassin | © The Weinstein Company

In 1999, the police detective Zhang (Fan Liao) is shot and traumatized while investigating a series of murders. By the time he is drawn back to the case by a number of identical homicides, he has become an alcoholic security guard. The killings lead him to Wu (Gwei Lun-mei), a mysterious woman who has had relationships with the victims; inevitably, Zhang falls for her. Director Diao Yinan captures the chillness, darkness, and despairing mood of the small town in the northeastern Heilongjiang province that provides the setting of his immaculate neo-noir. It was influenced by Carol Reed’s The Third Man, Jean-Luc Godard’s Breathless, and Claire Denis’ Beau Travail. After being captured by Police Captain Zhang (Sun Honglei), drug lord Timmy Choi (Louis Koo) has no choice but to betray his fellow methamphetamine suppliers and help the cops’ undercover team. Hong Kong director Johnnie To (see Life Without Principle, above) has demonstrated his concern about the territory’s relationship with mainland China in most of the films he has made since the transfer of sovereignty in 1997. Drug War (2013), his first co-production with a mainland movie studio, is no exception. The tragic crime drama is a metaphor for the loss of Hong Kong’s social foundations. 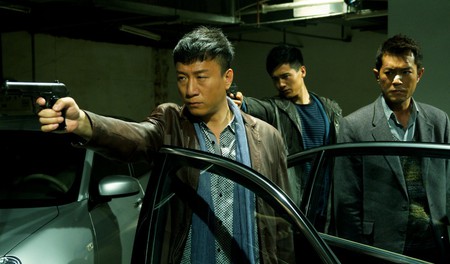 Wang Bing’s poetic low-budget documentaries capture the lives of their subjects—often vulnerable or marginalized groups—while using film language to represent aspects of time and history. Reminiscent of Frederick Wiseman’s 1967 Titicut Follies, Wang’s ‘Til Madness Do Us Part was shot in a mental hospital in Shaotong City, Yunnan Province. It does not dig into the histories of the patients, but records stretches from their daily lives, capturing the glory of their humanity through painstaking, unflinching observation. 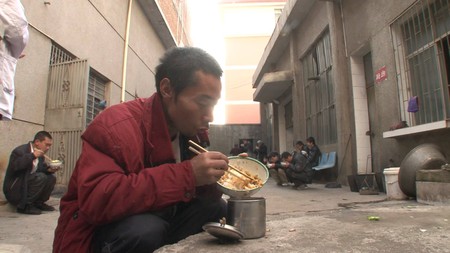 ‘Til Madness Do Us Part | © Icarus Films
Give us feedback