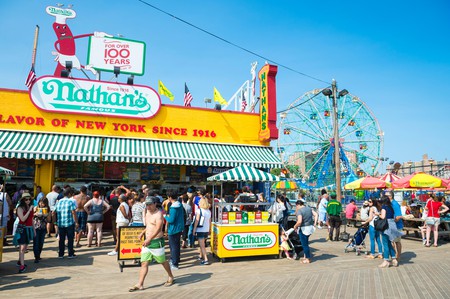 On America’s birthday in 1916, a new July 4 tradition was born. Outside the Nathan’s Famous stand on the Coney Island boardwalk in Brooklyn, New York, four European immigrants held an impromptu eating contest to settle an argument about who was the most patriotic. The winner was an Irishman named James Mullen who managed to scarf down 13 dogs in 12 minutes. It was the start of what would develop into a globally renowned, televised, annual event. 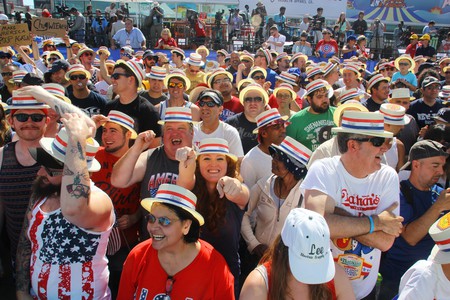 The contest’s subsequent decades are somewhat light on fact and heavy on legend. In 2010, the then-86-year-old publicist Mortimer Matz told the New York Times that he and a friend invented the contest’s origin story. Nathan’s didn’t dispute this, telling the paper there was no evidence of the competition before the 1970s. (Nathan’s website, however, includes the 1916 contest on its timeline of seminal dates throughout its history, and the Times has cited the 1916 date in other articles.)

The first scrupulously reported years of the contest yielded varied results. In 1967, a 400-pound (181-kilogram) truck driver named Walter Paul ate an incredible 127 hotdogs in the span of an hour. In 1972, the champion was Melody Andorfer, a 105-pound (48-kilogram), 18-year-old community activist from Queens who won by eating 12 hotdogs in five minutes. In 1978, it was a 10-year-old, 75-pound (34-kilogram) student named Kevin Sinclair. In 1981, Mr Thomas DeBerry “downed 11 hotdogs in five minutes and then rushed off with his family to attend a barbecue.” And in 1984, a 17-year-old member of the West German women’s judo team took home the crown, despite never having eaten a hotdog before that day.

In the 1990s, as the contest began to garner an international audience, competitive eaters from Japan dominated the winner’s board. In 2001, a 23-year-old, 131-pound (59-kilogram) Japanese competitive eating champion, Takeru Kobayashi, blew past the previous world record of 25.5 hotdogs to eat 50 in 10 minutes, setting a high bar for future competitors. 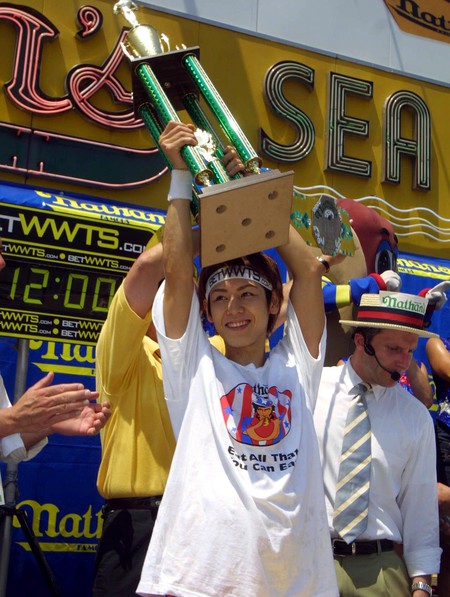 Takeru Kobayashi wins for the second straight year, in 2002 | Photo by Erik Pendzich/Shutterstock

Kobayashi won the contest for six consecutive years, until 2007, when Californian Joey ‘Jaws’ Chestnut took the competition by storm with a whopping 66 hotdogs – 12.25 more than Kobayashi’s 2006 record. Since then, Chestnut has won every competition, except in 2015 when Matt ‘Megatoad’ Stonie won with 62 hotdogs to Chestnut’s 60. 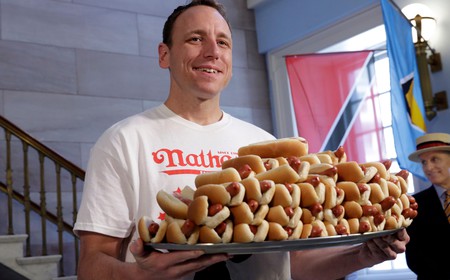 The women’s hot-dog-eating contest began in 2011. Current world-record holder Sonya ‘Black Widow’ Thomas surpassed the efforts of 10 of the 15 male contestants in 2012, taking the women’s title with 45 dogs. Fun fact: she also holds the competitive eating record for tater tots, oysters and turducken (turkey stuffed with duck, stuffed with chicken). 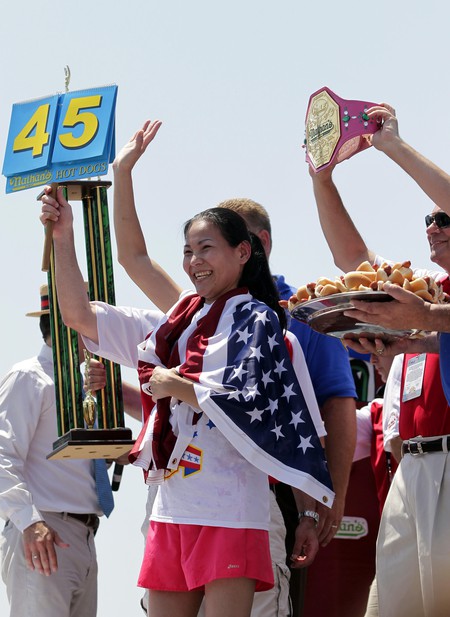 In 2018, Chestnut outdid himself again, creating a new world record with a gut-busting 74 hotdogs. Chestnut trains year-round in smaller competitions and says the secret to his success is fasting for three days in the lead-up to Nathan’s Famous hotdog-eating contest. To see if he’ll retain the ‘Mustard Belt’ for a fourth consecutive year (and assuming you can stomach the sight of people shoveling down unfathomably large quantities of meat and bread) tune into ESPN’s live broadcast this July 4, or take a trip down to Coney Island and watch the contest in person. Who knows? You may even be inspired to try one of Nathan’s famous hotdogs, too. 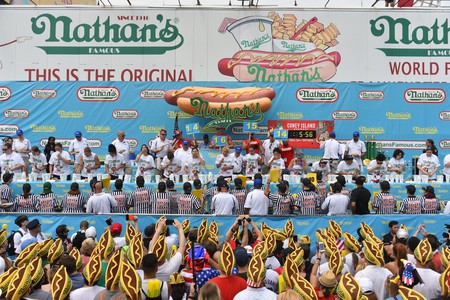