How to Spend a Day in Beacon, New York 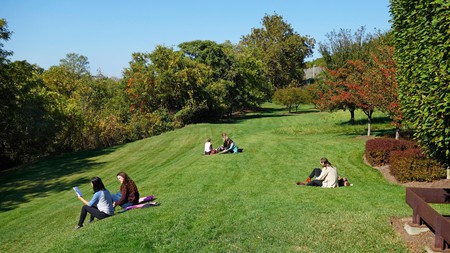 Easily accessible from New York City by train, Beacon, once blighted by industrial spaces, is receiving renewed interest as an upstate art destination. Here’s how to spend a day in the idyllic town.

Just as the city of Marfa, Texas did before it, New York’s Beacon transformed itself from an overlooked small town to a destination for lovers of art and the outdoors. While best known for the Dia:Beacon museum, which houses the Dia Art Foundation’s collection of modern and contemporary art, Beacon’s Main Street, a one-mile strip of unique attractions, and its proximity to Hudson River are among this Hudson Highlands town’s many highlights. 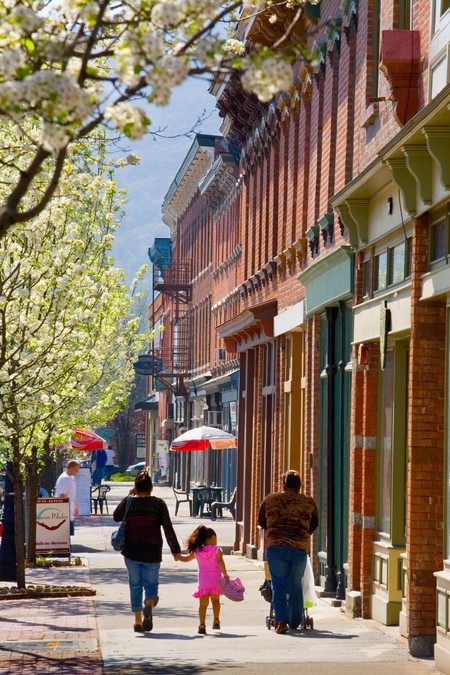 Whether you travel on a weekday or weekend, your first stop will be at Grand Central Terminal in midtown. Tickets for the Metro North Hudson Line can be purchased at the station, on the app or on the train itself for an added fee. Check the schedule, which runs about hourly on weekends and up to three times an hour during peak hours, Monday through Friday. Be sure to factor in about two hours for travel. (Knock off half an hour if you’re taking a car.)

Eat a full breakfast and get an early start so you can arrive energized and ready to tackle the challenging hiking trails to the peak of Mount Beacon. The trail begins at Mt Beacon Park, which is three miles from Main Street. You’ll either need some good hiking boots to walk there or more likely, you’ll want to take a short car ride over there or the free shuttle loop, which will drop you off at the base. The well-groomed site is one among a number of Hudson Valley parks managed and maintained by Scenic Hudson, the crusading activist organization credited with launching the modern environmental movement.

The journey begins by following the original access road to the now-defunct Mount Beacon Incline Railway, which formerly hauled passengers to the Beaconcrest Hotel and Casino that once sat at the mountain’s crest. The trailhead then continues sharply uphill, first via stairway to the first of numerous observation decks, followed by a steep, switch-backing trail that ultimately joins with the Fishkill Ridge system. Ongoing efforts to restore the ruins of the railway may one day expand access to the mountain’s scenic summit, but for now only the sturdiest hikers are able to indulge Mount Beacon’s breathtaking vistas. 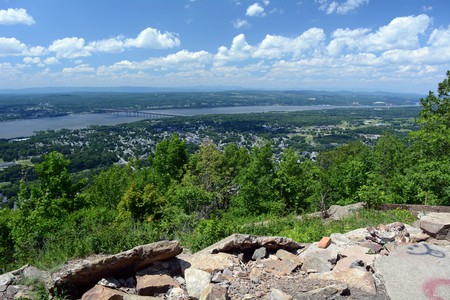 Now that you’ve worked up an appetite, lunch will be in order. The Towne Crier Café has been serving first class American roots, jazz and world music since 1972, not to mention its acclaimed dining menu, augmented by a feast of renowned dessert and pastry offerings. Back in 2013, owner and founder Phil Ciganer relocated his legendary nightclub from Pauling, New York, to downtown Beacon’s burgeoning Main Street strip. Every aspect of this exceptional performance venue has grown and flourished in its current location, not the least of which is hosting some of the area’s finest musical offerings. As an added bonus, the Towne Crier’s Sunday brunch generally features free entertainment. 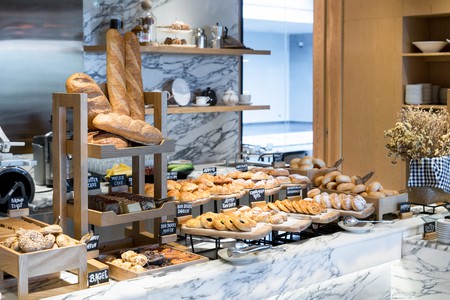 Now that you’ve cooled down, get back into it by perusing local shops and the flea market located on the main strip. Hudson Beach Glass, housed in a lovingly restored former firehouse near the head of Main Street, casts and sells stunning glass art, both sculptural and functional. Be sure to stroll deep into the rear of the shop, where magnificent glass artwork dances and sparkles under well-focused lighting. Price tags in the back display room can be steep on some items, but the eye appeal is boundless and unforgettable. Additionally, the building’s former fire engine garage bay, attached to the side of the store, serves as an open-air glass blowing demonstration studio. Sign up for an instructional Hudson Beach glass blowing session, which guides participants through the steps of creating their own beautiful ornaments, paperweight, or beads.

At American Gypsy Vintage, curators Nicole Alyse and Cabot Bramhall carefully select only the finest vintage clothing and denim, ensuring that the trendy consignment shop radiates its own distinctive fashion flair; casual, edgy, and tastefully worn-in. The shop specializes in denim and tees, but a wide variety of other unique and stylish items, such as jewelry, boots, and leather, are also well-represented in the store.

What distinguishes the Beacon Flea Market from other sizable flea markets is a strictly enforced requirement that all merchandise be either handcrafted or authentically vintage, absolutely no knock-offs or brand new mass-produced items allowed. Every Sunday from April through November (weather permitting) vendors share their crafts and wares among the market’s more than 50 stalls, which line the Henry Street parking lot, located behind the Main Street Post Office. Sleuths in search of the rare and unusual will revel in the treasures waiting to be discovered within the tabletops and bins and clothing bars on display. Be aware that most vendors accept cash only.

Drawn to the quirky and offbeat? Then check out Clutter Gallery, which highlights the very best of toy design and customization, as well as modern pop and lowbrow art. The gallery and its exhibitions share space with Clutter Magazine, which itself holds a sizable permanent collection of eclectic designer toys, and includes the work of POPaganda artist Ron English. Nowhere else is the concept of “fun as art” more self-evident than on display at the Clutter Gallery. 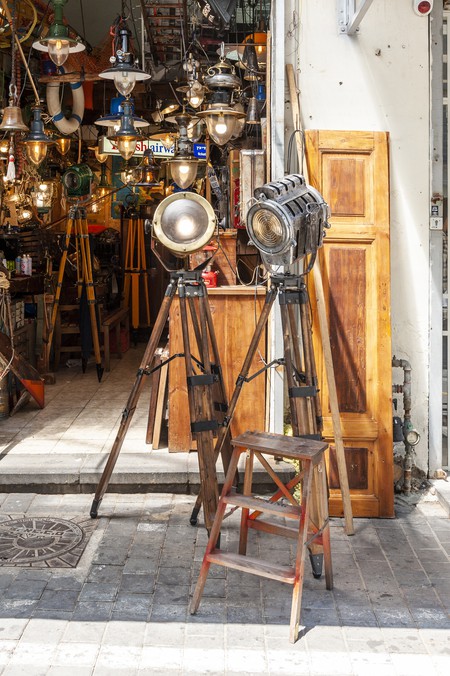 Scheduling your trip to align with Beacon Arts’ Second Saturday, a citywide celebration of the arts held the second Saturday of each month, is a great way to make the most of your time there. The festivities, which feature gallery exhibitions, music, food tasting and more, continue all day and well into the night, making it one of the Lower Hudson Valley’s most talked about street fairs. Of particular note is the fact that most of Beacon’s countless galleries schedule their exhibition openings to coincide with Second Saturday.

Dia:Beacon is one of the participating spaces and it holds a Saturday Studio workshop, a free monthly workshop of art-making with practicing artists that includes complimentary admission to the museum for the day. A visit to D:B – the collection of which includes masterpieces from the likes of Louise Bourgeois, Joseph Beuys, Richard Serra and Agnes Martin – is a must. For great photos, don’t miss the gallery, roughly the size of a football field, that is devoted to the iconic fluorescent-light sculptures of minimalist artist Dan Flavin.

Situated on more than 30 landscaped acres near the banks of the Hudson River, Dia: Beacon, housed in a former Nabisco box printing factory, features sprawling open spaces and abundant natural light, making the unique 300,000-square-foot brick, steel, concrete and glass structure a perfect complement to the museum’s exhibitions. Most galleries are open until 9pm; however Dia: Beacon closes at 6pm (and sometimes earlier depending on the time of year) so make sure to get there with some time to spare.

For dinner, before heading back to the city, check out the Roundhouse at Beacon Falls. Housed in a former brick factory overlooking a waterfall, the restaurant, attached to a hotel of the same name, is open seven days a week, turning out hyper-local dishes with ingredients from the many farms in the area surrounding Beacon, including meatballs, burgers and ramen.

Save some room for an aperitif. Beacon is known for its beer scene and the Hudson Valley Brewery on Main Street, open until 10pm Thursdays through Saturdays and open until 8pm Sundays, has a tasting room where you can try more than two dozen brews. People have been known to line up for hours so we recommend you check their socials for a schedule. Open even later is 2 Way Brewing Company, which closes at midnight Saturday and at 11pm on Thursday and Friday for the flock of weekenders. A craft brewery and bar, 2 Way opened in 2014 and has an extensive list of ciders, red ales, IPAs and saisons. The Calibrator, an English pale mild ale, is the highest rated on the menu, but don’t be afraid to ask to try something before you commit. 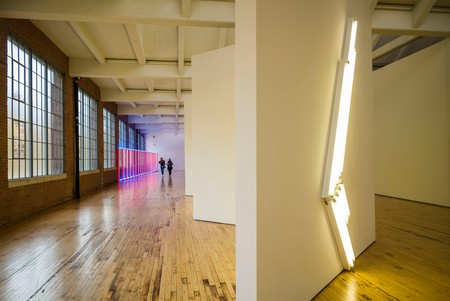 This article is an updated version of a story created by Elizabeth Nicholas.