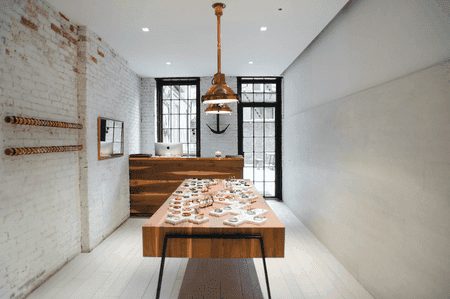 On SoHo’s scenic, cobblestone Crosby Street, where passersby include models and the downtown fashion elite, sits the ultra-sleek accessories boutique, Miansai. To celebrate the brand’s 10-year anniversary, Miansai founder and creative director Michael Andrew Saiger invites people to come for the tea/kombucha bar and chill in the store’s backyard garden. 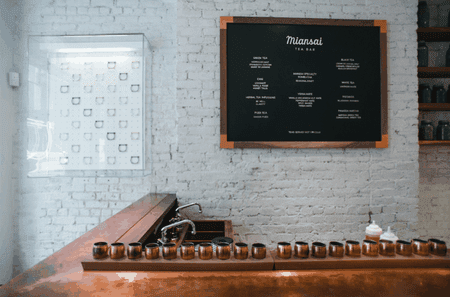 Inside, customized penny rolling machines and New York memorabilia help customers celebrate the launch of Miansai’s “Penny Necklace” and “New Nostalgia” collection. If you’re unfamiliar with penny rolling machines, they date back to the 1890s and were a mainstay of U.S. amusement parks and fairs. The machines would flatten and elongate pennies for souvenir coins called exonumia, or tokens that resemble money but are not intended to be used as legal tender. Miansai’s Penny Necklace features an elongated penny with New York-themed designs (like a famous New York City pizza slice) and quintessential New York quote (like the Biggie Smalls’ lyric, “It was all a dream,” from the Brooklyn anthem, ‘Juicy’). 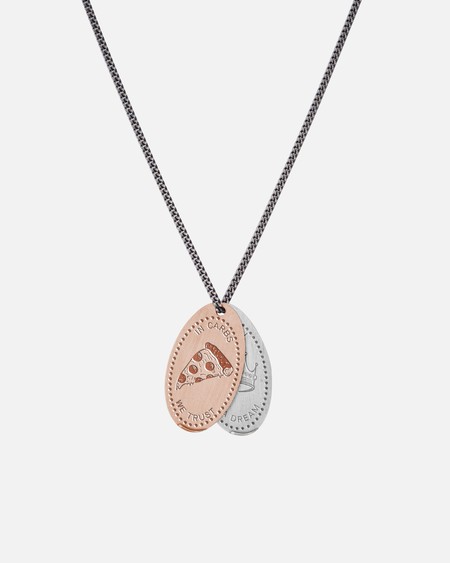 Culture Trip spoke to Saiger about the 10-year anniversary of Miansai, and what makes his SoHo boutique a destination for lovers of the New York fashion scene. 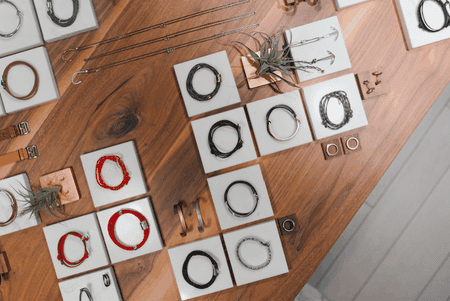 Nautical bracelets at the SoHo Miansai boutique | Courtesy of Miansai

Culture Trip (CT): Tell us about the birth of the brand.

Michael Andrew Saiger (MAS): The brand came to fruition over 10 years ago when I started creating bracelets designed for the man who doesn’t usually wear jewelry. There was a gap in the accessories market for these types of masculine pieces.

CT: How has the brand evolved over the past decade?

MAS: Miansai has organically evolved over time. At the inception of my design career, I only created men’s jewelry. Now, Miansai also carries women’s jewelry, fine pieces, and leather goods. We have since opened two flagship stores in NYC and LA, and a fleet of mobile retail vehicles that are all made from restored vintage cars. We had our 1976 FIAT at the Empire Stores in Dumbo last year, outside of Cecconi’s, and it’s scheduled to be posted up there again and at the new 1 Hotel this summer. 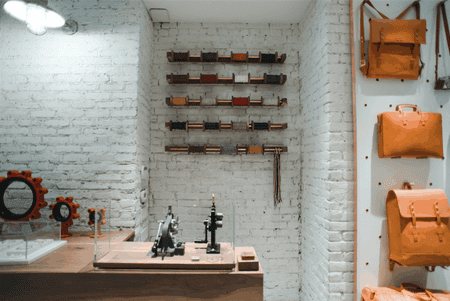 CT: Let’s talk about the New Nostalgia collection honoring New York City. Why nostalgia? What era in New York history does the collection evoke, and why?

MAS: I was drawn to the word “nostalgia” because I’ve found that pinnacle moments throughout history and one’s own personal history have influenced elements of design and craftsmanship, which is key to Miansai’s brand identity. For example, the new Penny Necklace collection resonates with so many people because it’s taking the familiar concept of rolling a coin at a specific destination and making it into a wearable piece of memorabilia. We are launching the N.Y. series first, because that’s where I’m from and we had our first store there. Soon we’ll be releasing LA, London, Paris, and more.

CT: How do you characterize the fast-paced energy of New York City in contrast to other cosmopolitan cities?

MAS: New York City’s fast-paced energy is invigorating to say the least. It inspires people to reinvent themselves, work hard, and forge their own path within a hectic environment. Other cities offer their own unique qualities and characteristics: Miami, for example, where we’re headquartered, has a great outdoor lifestyle; and LA, where we have our second store, is really laid-back and always feels like a vacation even though I’m always there for work. But nothing is quite like N.Y., which is why it’ll always be home for me.

CT: What specifically about New York fashion appeals to your aesthetic?

MAS: New York’s sartorial DNA is adventurous and bold, while still maintaining a certain degree of elegance. I have always been drawn to this energy and the effortlessly cool aesthetic of SoHo, which is why it was only natural that I opened my first store on Crosby Street. People in the area have really great personal style, and in my opinion, it has the best brands and retailers too.