Launched by British photographer duo Amit and Naroop ‘The Sikh Project’ celebrates stylish American Sikhs, focussing on how the traditional garb of turban and beard remain part of their identity. Shown in New York last year, the exhibition followed on from the pair’s phenomenally successful original portrait series ‘The Singh Project’, which put the spotlight on dapper Sikhs in their homeland. Culture Trip spoke with Naroop Jhooti about starting the project, tracing the origins of the hipster beard and the importance of celebrating Sikhism in contemporary times.

Culture Trip: How did you and Amit start working together?

Naroop Jhooti: Myself and Amit kind of fell into photography. Amit was an aspiring photographer and he always had the latest kit at his house. One day I was helping a friend who was a musician to get some photos done. Amit’s dad, who is a photographer, was meant to do them but he couldn’t so Amit grabbed a camera and went outside to take some photos. We sort of worked together as a team, and the images came out so great that we thought, ‘Why don’t we do this more?’. We started shooting together and this spawned Amit and Naroop as a photography duo. 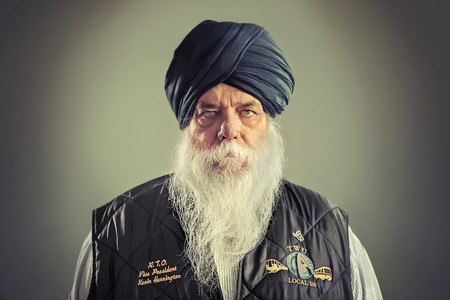 CT: And how did the idea for the The Singh Project initially come about?

NJ: We were thinking of a personal project that we could do that would reflect our background. We were one of the few Asian photographer team within the advertising industry. One day we were walking through Shoreditch in London, and it was when the hipster beard was really popular. We thought it was really interesting because in Sikhism, the beard is an integral part of a Sikh man’s identity – it’s not a fashion thing, it’s a way of life. So we thought, ‘Okay, why not show who the original beard guys are, and capture the diversity and style of Sikh men’. And obviously, with the beard came the turban, so the whole project evolved as a way to show a Sikh man’s identity. It’s really a reflection of modern Sikh men. 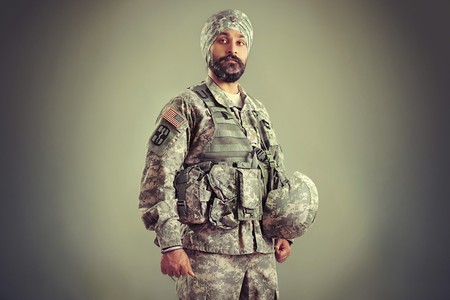 CT: How did you find the subjects for the original photo series?

NJ: First of all, I grabbed my grandfather and one of my dad’s mates, who’s also a turban-wearing Sikh man, to photograph. Then we literally took an iPad around west London where those are many Indians and said ‘We’re doing this project, do you want to be a part of it?’ Slowly the momentum started to build and then eventually for the last person we did a live online submission. It was hard to get off the ground but once it got moving we had to turn people down. 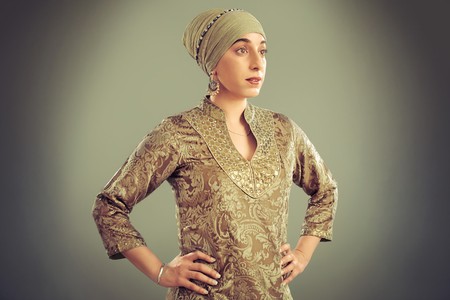 CT: What were your reference points for the style of portraiture?

NJ: We have a very unique style which has kind of developed because we’re self-taught. There are photographers like Mitch Jenkins who have a similar style to us but we definitely want to put our stamp – a very saturated shot, a vivid, punchy style – onto the pictures. We were conscious to keep image the same. Our whole thing was ‘Yes we want to take beautiful photographs, but ultimately want people to focus in on the individuals’. You can look at each page as an individual portrait but when you look around the room you’ll see that they are all united. 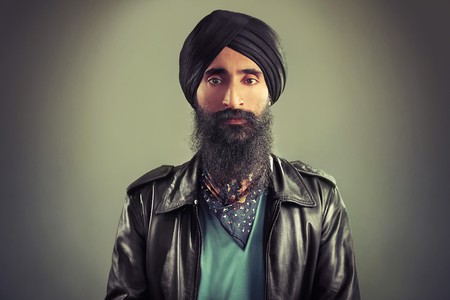 CT: Let’s talk about The Sikh Project. Why did you choose to stage the exhibition in New York?

NJ: There is an organisation in the US called The Sikh Coalition who were keen we’d do an exhibit stateside. We realised that in America it’s very different to this country [the UK]. Here you see a Sikh person and people understand what they’re about; they’re not seen as being terrorists, they’re seen as people to be respected and as valued members of society. We knew we had to do something to break stereotypes in the US. After 9/11, Sikhs were really targeted, based on the misconception they look like terrorists. The launch of the project being two days after the 15th anniversary of September 11th is to show that Sikhs are really valuable members of society and that people should try and learn more about Sikhs themselves. Some people can see it as a very delicate time to do it, but also a very powerful time to do it, because after 9/11 the first person to get beaten up was a Sikh man. 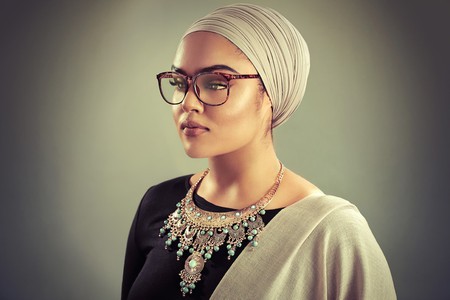 CT: Tell us about the different styles of turbans showcased in the photos.

NJ: The style of turbans really varies on the region. You get a typical Indian turban, which is much larger and has more kind of pleats in it. But what’s happening now is that you have younger men using different cloth and different patterns to make it feel very fashionable. Before, what it used to be is that people would wear black, blue, red or yellow, but now you get patterns and different fabrics. People are using feathers and beads to accessorise it and make it feel a part of their whole outfit. Nowadays, people embrace individualism; before, my grandad couldn’t get a job in the airport because he had a turban and a beard, he had to cut his hair and shave his beard off. Now is an amazing time to have your own identity, especially in the UK. 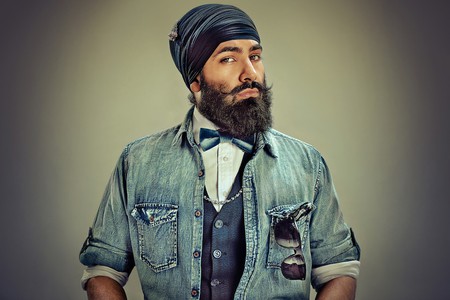