The vocabulary of modern tap dancing can trace its origins and influences across the globe. The roots of this dance stem from the mélange of Irish indentured servants and enslaved Africans in America throughout the late 1600s. Revolutionary dancer Savion Glover harnesses this rich history to revitalize the practice of tap dancing. We take a closer look at the history of tap and its most innovative promoter.

Sacred dance rituals once practiced in Africa were transported to the Americas and adapted, as slaves were not allowed to make use of musical instruments. African djouba or gioube consisted of counterclockwise circle dancing, rhythmic shuffling of feet and clapping of hands. These religious circle-dance rituals became more creative as increasing numbers of slaves were brought to the Americas, and body movements were transformed to create new tones and rhythms which simulated the sounds of beating drums. During this time, Irish indentured servants and West African slaves often worked and lived together, and the result was Irish jig and clog-dancing fused with African influences like rhythmic beating and stepping, combining eventually to form the foundations of modern tap dancing.

Minstrel shows became popular from 1840 until the 1890s, consisting mostly of variety acts, comedic skits, dancing and music, predominately performed by white people in blackface and even subsequent to the end of the Civil War, with black people in blackface. William Henry Lane, born a free man, became one of the most popular dancers, singers and tambourine virtuosos, touring with an all-white minstrel show and receiving top billing. His unprecedented dance style – a combination of the African gioube influence and his own twist on jig and clog dancing – created a new rhythmic blend that is credited as one of the earliest forms of modern American tap dance.

Subsequent to William Henry Lane and his minstrel shows, tap dancing has gone through numerous iterations. The term ‘tap’ became part of the common vernacular as late as 1902 and metal taps were not commonly attached to the bottoms of shoes until after 1910. During the 1920s and into the mid-30s, the peak of Harlem Renaissance, black Broadway and nightclub and vaudeville acts brought about amazing talents including, Bill ‘Bojangles’ Robinson, John W. Bubbles (John ‘Bubber’ Sublett) and The Nicholas Brothers (Harold and Fayard Nicholas).

Each of these performers had their own style and phrasing, bringing tap dancing to a new level of notoriety. Throughout this time period and into the midpoint of the century, tap dancing maintained its core components, expanding as time went on, becoming increasingly more popular as the influence of Hollywood and its incorporation of vaudeville stars in its feature films grew. Fred Astaire, Ginger Rogers, Gene Kelly, Donald O’Connor and numerous other talents extended the life of tap dancing, but by the 1950s in the United States, the excitement for the art began to wane.

It was not until the 1960s and 1970s that tap began to reemerge as an art form, with the influence of Broadway and hip-hop components reviving the style. In recent years, the late Gregory Hines and prodigy Savion Glover, reinvigorated the world’s love of tap dancing, as the two dancers are infamous for their rhythmic style, known as hoofing. Hines was a super star during his illustrious career both on Broadway and film in the 1980s and 1990s. Hines heavily influenced Savion Glover’s growth as an artist, serving as a mentor to Glover. It is now the legacy and tradition of tap dancing which Hines has left to Glover – and to future generations – to uphold. 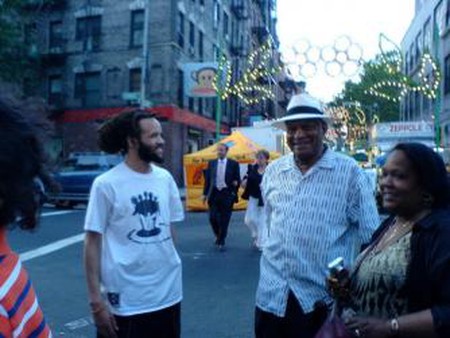 Savion Glover, largely considered the world’s finest tap dancer, has inspired many young dancers with his incredible rhythmic tapping and his hip-hop-funk tap that has incited a stylistic revolution within the art form. Savion Glover, born in 1973, made his Broadway debut at age 12, in The Tap Dance Kid, followed by a Tony nominated turn in Black and Blue. In 1996, Glover, 22, won Broadway’s Tony for Best Choreographer for his work, Bring in ‘da Noise, Bring in ‘da Funk, in which he also starred.

This show particularly aims to reclaim tap as a black art form, with the show tracing the lineage of tap origins from slavery to the present day. It plays out the often racist early stages of minstrel shows and Hollywood era send-ups of blackface performances, closing with a stunning solo performance by Glover, who is surrounded by mirrors, tapping alone in the spotlight and asserting his voice as an African-American tapper. The virtuosic dancer has made numerous television and film appearances and teaches at The HooFeRz CLuB School for Tap in Newark, New Jersey.

Glover’s style is as much a tribute to his dancing roots as it is an homage to other great African American artists that have come before him. His rhythm-and-funk style along with jazz influences of Charlie Parker, Dizzy Gillespie and Art Tatum, certainly also drive Glover’s African-fusion artistry. Glover hopes not only to inspire new generations of tap dancers but to simultaneously educate them in the dance vocabulary that has been passed down for generations and has its roots in the very depths of African culture and African-American culture and history in the United States.