Precycle Aims for Shoppers To Be Mindful About Waste 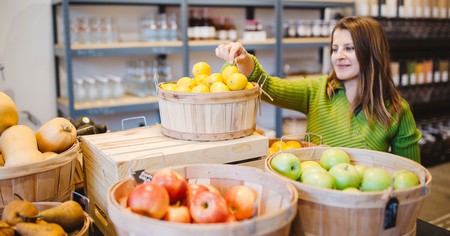 Precycle is not like other grocery stores. The sleek shop, which opened in December 2018, is rooted in eliminating waste in the simple, quotidian act of grocery shopping. Instead of loading apples in green plastic bags and grabbing box after box of dried pasta, Precycle encourages patrons to bring their own reusable containers to the store. 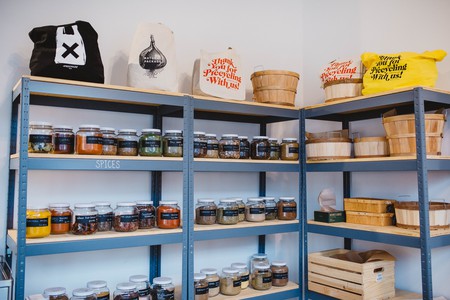 Founder Katerina Bogatireva wanted to open a zero-waste grocery store because she found she was producing too much trash and knew she needed to change her daily practices. This advocacy for the environment and focus on decreasing waste stemmed from her childhood in Riga, Latvia, where she grew up taking her own containers along when shopping – filling jars, for example, with sour cream. 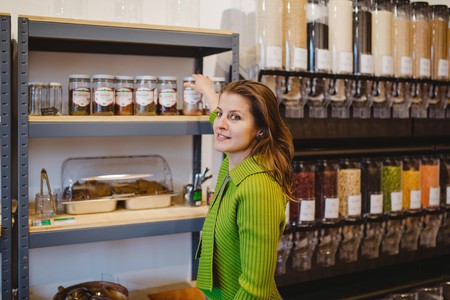 “We lived by reusing things,” she says. “It was just a natural way of being.”

However, when she arrived in New York City, Bogatireva was shocked by the amount of garbage polluting the streets, and the plastic bags stuck in trees, waving in the wind. This certainly isn’t new; the United States has long struggled with plastic pollution. After all, only 9 percent of the world’s plastic is recycled, with the other 91 percent ending up in the oceans and landfills, where it will persist because it isn’t biodegradable. Americans use a startling 100 billion plastic bags per year. But cities and big companies are searching for ways to reduce their impact. In January 2019, New York Governor Andrew Cuomo introduced a bill to eradicate single-use plastic bags, but the policy did not immediately go into effect. And prominent brands like Procter & Gamble and PepsiCo are testing selling products in reusable containers that are intended to be returned and refilled.

“We have a plastic pollution problem,” Bogatireva adds. “It’s just going to continue to become worse if we don’t change our habits. Often people say, ‘I’m just one person. What can I do?’ There was a quote recently: ‘It’s just one straw, said 8 million people.’ That speaks volumes.”

As we wait for these ideas to come to fruition, Bogatireva is adamant that there are things the average person can implement to help the environment in the meantime. She hopes she can educate people and convince them to move toward a lower-waste lifestyle. 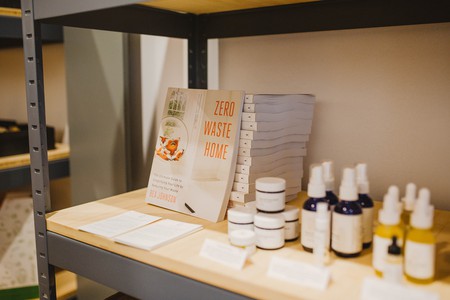 At Precycle, patrons can arrive with their own vessels, or they can purchase one for a small fee. Bogatireva first weighs the container, then lets customers fill it up with food. It’s weighed once more as they check out, to guarantee that they’re paying only for the weight of the food – not the weight of the container. 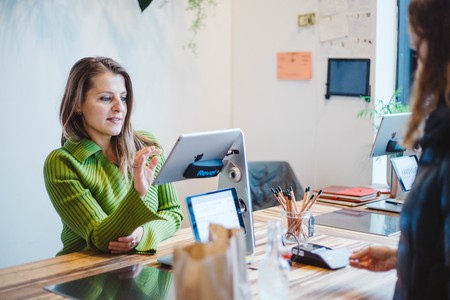 The store is lined with three-tiered shelves housing dispensers brimming with colorful beans, peas, lentils, rice, spelt berries, amaranth, goji berries and cherries. Bins are stocked with an array of flours and a smattering of dried pasta shapes. Oils and vinegars can be accessed from silver containers, and there’s a refrigerated case filled with fresh fruit and vegetables; Bogatireva works with small farms, sourcing produce within a 250-mile (400-kilometer) radius from New York City. Everything is artfully arranged, but the focus is geared toward customers becoming more attentive about what and how much they’re buying. 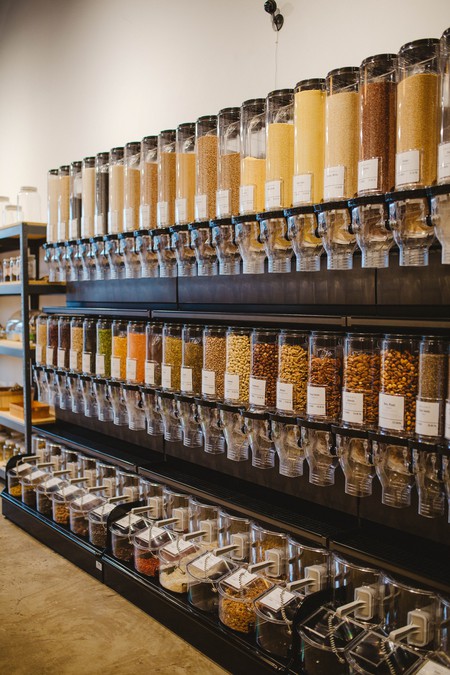 “When you go to a supermarket and you’re looking at all this packaged stuff, you just grab something and maybe you don’t even use it,” says Bogatireva. “Everything [at Precycle] is more visible; I wanted to make it more about connecting to [the food].”

So far, the Bushwick community has embraced Precycle’s mission. Bogatireva considers this location to be the first of many and hopes to expand into more neighborhoods throughout the city. In the meantime, she’s certain that Precycle will help people change the way they think about food and waste.

“You treat the food differently if you shop this way,” she says. “It’s definitely a more mindful experience.”