Peter Minuit And The Purchase Of Manhattan Island 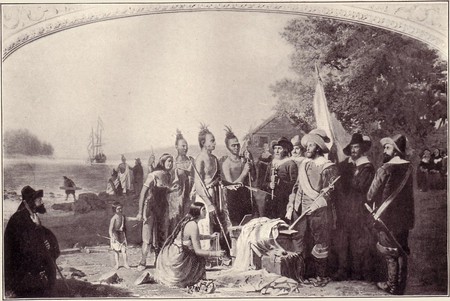 Ironically, the most lucrative land deal in North America is arguably history’s most disputed. It’s credence falls solely upon a single line discovered in a document uncovered in the mid-1800s, recorded by John Brodhead secretary for the Dutch West India Company that read: ‘They have purchased the Island Manhattan from the Indians for the value of 60 guilders.’ Though Peter Minuit was known as a savvy trader, historians have continued to struggle over the validity of his claim, and few records exist to support it. Here we take a closer look at the purchase of Manhattan Island.

When Peter Minuit boarded a ship bound for the New World in May of 1626, it was to succeed as director for the colony of New Netherland for the Dutch West India Company (DWI). It was a position earlier assigned to Willem Verhulst, who manned the post for only a year before being ousted for failing to keep his employees from violating DWI business and trade guidelines. Prior to returning to Holland, Minuit was engaged in exploration expeditions in the upper reaches of what are now known as the Hudson and Delaware Rivers, and establish relations with Native American tribes in the region. Yet as historian Matthew Cody, author of Peter Stuyvesant: Dutch Leader of New Netherland writes in regards to Minuit’s predecessor, ‘What the fledgling settlement of New Netherland needed more than anything else was a leader.’ 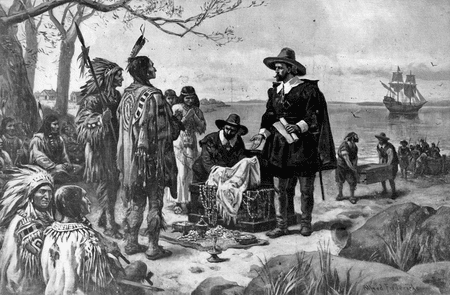 Businessmen and traders of the DWI were held to strict parameters to not get involved in any existing relations between native tribes. Daniel Van Crieckenbeek, commander of Fort Orange (Albany) and an employee of DWI, violated such guidelines by taking sides with the Mahicans in its ongoing war with the Mohawks. His involvement resulted in the death of three soldiers, and an entire colony grew fearful of a possible backlash from the Native Americans. So as an added assignment, Peter Minuit was also needed to consolidate the scattered colonies into one area.

Since, at the time, Manhattan Island was rich with plenty of land for farming and surrounded by water, Minuit saw it as a prime location for just such an endeavor. The Dutch had been engaged in vast amounts of trade with several native tribes in the area. In fact, the presence of the Europeans and the new and useful items they traded caused a number of disagreements, and even wars, as Native Americans vied for exclusive rights. The Europeans had a number of unique items the native tribes had never seen, such as metal tools and knives that were far more durable than theirs made from bone or stone. No stranger to the lucrativeness of such relations were the Lenape Indians. James G. Landis, historian and author of The Lenape Homeland writes, ‘The Lenape saw the great advantages of the Dutch trade goods and wanted them.’ 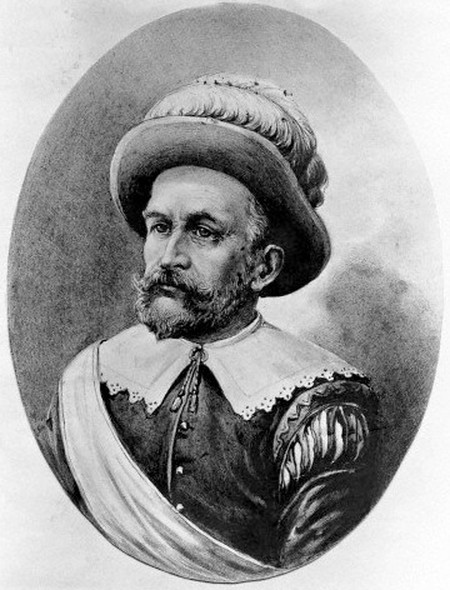 Trade in the New World was the currency of the day. Transactions using various items was not only a means of business for newly arriving Europeans, but a means of establishing relationships with its indigenous peoples. Unfortunately, the manner in which these transactions were conducted, and subsequently reported, often did not coincide. Authors LJ Krizner and Lisa Sita write in The Origins of New York, ‘Whenever different cultures meet misunderstandings almost always arise. For the Dutch and the Lenape misunderstandings were sometimes over land rights.’ While companies like Dutch West Indian kept written records, tribes like the Lenape did not, and nor would either have estimated land ownership in the same way.

A number of historians think that the Lenape Indians, who inhabited Manhattan Island at the time of Minuit’s tenure as director of New Netherland, did not have exclusive rights over the land. If the Lenape had been in possession of Manhattan Island, they may not have understood what Minuit proposed in his negotiations, which he asserted had included land rights. Several historical theories suggest, the Lenape were simply looking to secure safe passage. Nevertheless, Peter Minuit somehow negotiated with the Lenape for ownership of the land, and he immediately organized the building log cabins, a stone trading house and a horse-powered mill for Manhattan’s then population of 270 Dutch. 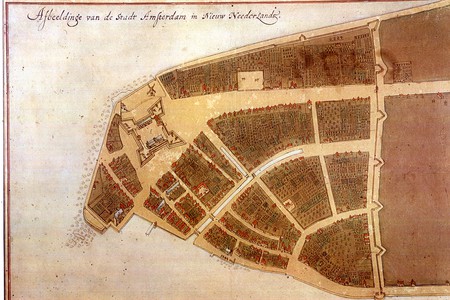 Even the amount of what Peter Minuit was able to trade for has been scrutinized, yet according to a Dutch West India Company document, the rough estimate of 60 guilders, is said to have been the value of $24 (approximately $500 today). Minuit likely traded several additional items with the Lenape in the deal. These items may have included anything from Wampum (glass beads), metal tools, bowls, knives, and possibly fur pelts. As such, the “purchase” of Manhattan Island will go down as the most lucrative of its kind in North America.