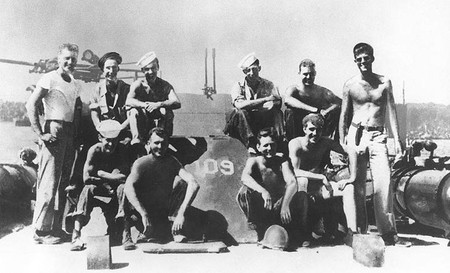 When Aaron Shikler began his first art-related job, which was drawing maps during World War II, John F. Kennedy was serving in the United States Navy in the Solomon Islands. He eventually earned the rank of lieutenant, which by all accounts might have been the prelude to a story of two men whose paths would never cross, at least in the traditional sense. However, fate took over, and the unforeseen collision between the world of art and politics would find these two men permanently intertwined. Here, we take a closer look at Shikler’s career painting United States presidents.

Just about the time Aaron Shikler was born to two Eastern European immigrants in a humble section of Brooklyn, New York, John F. Kennedy was entering the world as a son of a well-known, wealthy, and socially-elite family in Brookline, Massachusetts. Around the time that Kennedy received his degree from Harvard University, Shikler graduated from Temple University’s Tyler School of Art in Philadelphia. When Shikler was awarded the Louis Comfort Tiffany Award in 1957, Kennedy was in the midst of his service as a U.S. Senator for his home state, having already completed his term as a member of the House of Representatives.

When Shikler was awarded the Thomas B. Clarke prize for the third time, John F. Kennedy was being sworn in as the 35th president of the United States. That same year, President Kennedy grappled with the Cuban Missile Crisis while Shikler was made an associate of the National Academy of Design. While these men appeared to be heading in completely different directions, one day, though they would never meet, one would be commissioned to capture the very essence and memory of the other.

Jacqueline Kennedy did not approach Aaron Shikler and ask him to paint her husband until after his fateful assassination on November 22, 1963. It would be the first time in the history of the United States that a presidential portrait would be attempted without a living president to pose for it. However, since the artist was a great admirer of Kennedy, there seemed no one better suited to immortalizing a man Shikler considered both a “martyr” and a “thinker.” Later, the artist, who was by that time one of the most widely-respected portrait painters around, would describe how he derived the pose of President Kennedy from a photograph of Senator Edward M. Kennedy, taken at his brother’s gravesite. 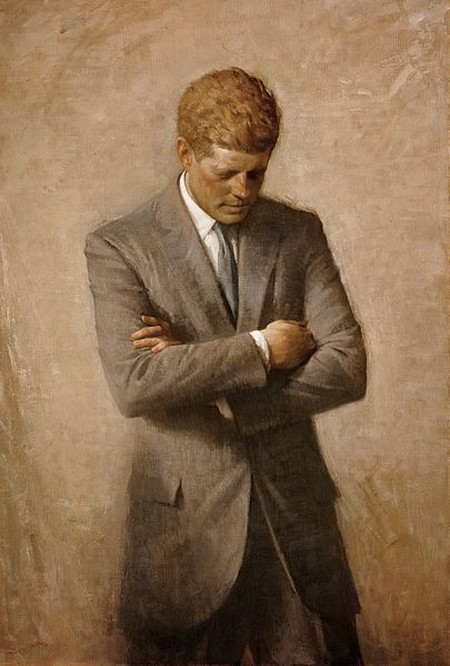 Since he was President during a turbulent time in American history, Aaron Shikler felt Kennedy should be remembered in that famous posthumous pose, with his eyes down and arms folded while clearly deep in thought about the challenges facing the nation he loved so dearly. Shikler’s iconic portrait still adorns the hallowed grounds of the ‘People’s House’ and has been admired by every Commander-in-Chief that has taken up residence in the White House since.

The famous portraitist was also asked by Jacqueline Kennedy to do paintings of both her and her children. As a tribute to her fallen husband, Shikler said that his portrait of the former First Lady was not only meant to capture her beauty, but to depict ‘the haunted look in her eyes’ that was due to her husband’s violent death. Jacqueline Kennedy’s portrait also remains in the White House to this day. 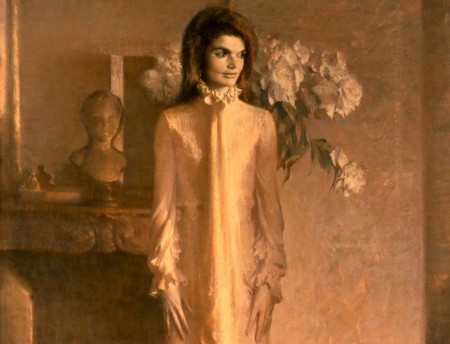 Aaron Shikler went on to become one of the most sought-after portraitists and ended up painting Nancy Reagan, Hillary Clinton, various Supreme Court Justices, famous banker Robert Lehman, and actress Lauren Bacall. Shikler was also commissioned to paint a portrait of President Ronald Reagan, which appeared on the cover of Time Magazine after the president was recognized as ‘Man of the Year’ in 1980. The iconic painter’s works can still be viewed at the Brooklyn Museum and the Metropolitan Museum of Art. Shikler continued painting up until his death in November of 2015 at the age of 93 from kidney disease. 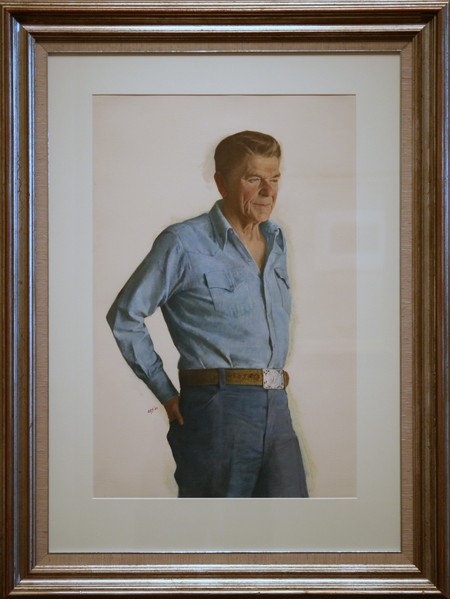 When fate and history coincide they can, often in strange ways, dictate the course of people and events in ways that are completely unpredictable. Aaron Shikler and John F. Kennedy were, under any other circumstances, two men unlikely to play any part in each other’s lives — yet now it can be safely said that the history and legacy of one can never be excluded from the other.