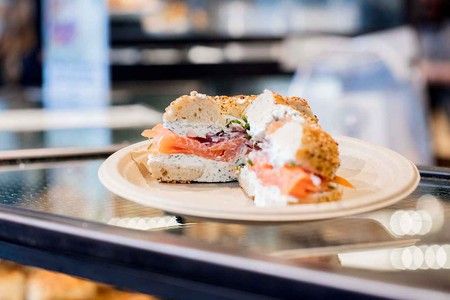 Culture Trip sits down with Orwashers owner Keith Cohen to talk about how the bakery has changed over the last 100 years, how it has fused old-world traditions with new-wave baking and why everyone’s now getting into bread.

Orwashers was founded in 1916 by a Hungarian family on a quiet strip of 78th Street on the Upper East Side of Manhattan. Back then, the teeny bakery was beloved in the immigrant-populated neighborhood of Yorkville for its carraway-flecked rye breads, nutty rugelach and dense, dark pumpernickel loaves. In 2008, third-generation owner Abram Orwasher sold the business to Keith Cohen. 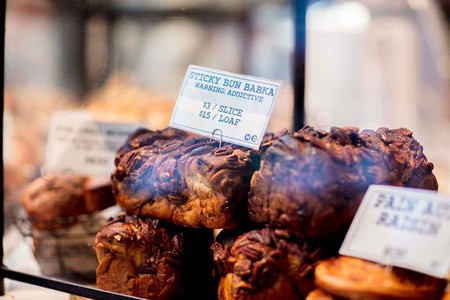 The baking harks back to the old-world Orwashers, where Jewish baked goods reigned | © Orwashers

Having several years of experience in the business, Cohen sought to expand Orwashers from a bakery solely churning out Eastern European-style breads to one specializing in artisanal breads from Italy, France, Ireland and the United States. These days, the shelves are stocked with a mix of old-world items (think rye bread, black-and-white cookies, and sugar-dusted jelly doughnuts), along with newer items like breads infused with wine and beer, crisp baguettes, chocolate-chip cookies, and plenty of sandwiches.

Cohen has also added locations in the Upper West Side and Fort Greene, and the bakery caters to many grocery stores and restaurants from its wholesale facility in Hunts Point in the Bronx.

Culture Trip: Looking back, how would you describe the 1916 Orwashers?
Keith Cohen: It wasn’t in my family at that point, but Orwashers was part of the fabric of Yorkville. During the ’40s, ’50s and ’60s, Orwashers gained more and more prominence. What was happening was mechanization. The time-tested techniques of starters gave way to quick and easy: pre-packaged, “best thing since sliced bread,” things like that. I do think that Orwashers had its major heyday between the late ’70s and mid-to-late ’80s because it was the only bakery of its kind left that had been able to survive. It survived two World Wars. 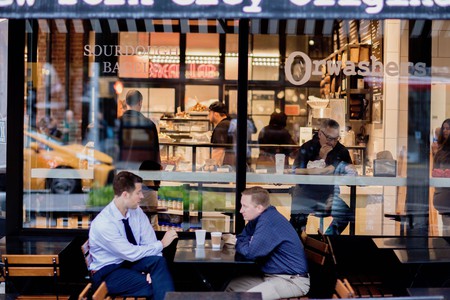 CT: What made you to want to buy Orwashers?
KC: When I took it over, it needed a full rehab. I equate it with a classic car – call it a Ferrari – that was sitting in a barn somewhere. You had mice and raccoons living it, and the paint was faded, but it was still a Ferrari. It took the past 11 years to rebuild that car, and it’s in a constant state of flux because once you hit a certain plateau, you want to make it a little better.

CT: What were your initial goals?
KC: First goal was to make sure I didn’t go out of business. Second goal was to systematically improve that business. A lot of their stuff was done because you had bakers that were doing it for 50 years, but it wasn’t written down or standardized. I wanted to start standardizing what we were doing so there was consistency, which I think is really important for a retail customer. Secondly, I wanted to start introducing new products. It couldn’t just be a rye/challah company. So we started with the wine breads, [inspired by] a 100-year-old bakery. 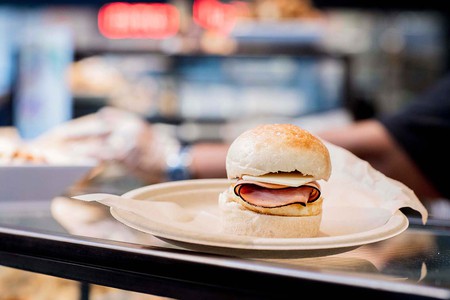 CT: Orwashers has had this influx of French baking. How have you been influenced by French baking, and how have you fused that kind of tradition with Orwashers’s history of Hungarian and Jewish baking?
KC: Having a French baguette was one of the cornerstones of what I wanted to have. Even now, the French baguette is an elusive product. It seems very simple, but it’s one of the most difficult things to produce consistently. I spent 11 days between Chartres and Paris, being taught how to make this baguette. That was the impetus to develop other breads and even try our hands at croissant-making. On the flip side, [with] some of that baking knowledge, I developed a bagel. In terms of Jewish baking, that’s up there with our rye bread. I developed a bagel using a starter, long fermentations and no boiling.

CT: Why no boiling?
KC: It was part of the confines of this facility. If we had a tank, the whole place would be a steam bath. I felt that using our bread oven that has steam injection could replace some of it. We do have a bagel that’s unique to us, but it still has a very old-school, New York, chewy, crusty feel.

CT: To touch back on the baguette, what makes it such a noteworthy bread?
KC: The baguette is more of a modern-style bread for France. It’s not symbolic of 500 years. It became romanticized as this national symbol of France. It’s versatile: you can make a sandwich with it, you can walk in the street and just eat it. It is a particular style of bread and flavor that lends itself quite easily to most cuisines. It’s universal. 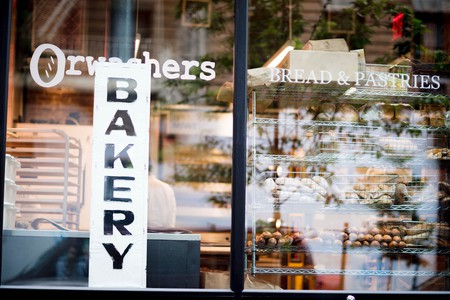 The bakery flaunts a full-fledged bread operation inside | © Orwashers

CT: A decade ago, it was hard to find good bread in in New York. Nowadays, bakeries are a lot more ubiquitous and restaurants are making their own bread. What do you credit to that rise?
KC: More and more people became educated. A lot of restaurants have invested in trying to make bread. They don’t have to have someone like me [to sell bread] wholesale to them. There is a sexiness to baking; it’s different than cooking. They’re all culinary, but it’s a different genre. Here’s the thing: over time, certain people will drop out of this game. It’s all-consuming. But you do have a lot of talented bakers right now. New York is ripe.

CT: Everyone’s getting into bread.
KC: As a business owner, you get a little frightened. This is probably ego speaking, but it makes me want to work harder. I don’t want anyone stealing my bread and butter, no pun intended.