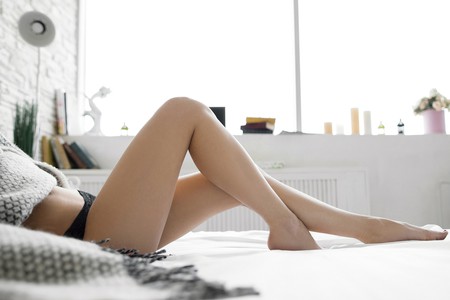 Inside Orgasmic Meditation — a niche mindfulness movement taking its message of female empowerment and human connection around the world.

I once went to a clothing-optional trance dance deep in the English countryside. At Burning Man, I agreed to a good-natured groping by “TSA agents” in order to board a Boeing 747 art installation. In other words, when it comes to weirdly sexual situations, Intro to OM — a foundation workshop on the tenets of Orgasmic Meditation — wasn’t my first rodeo. But on the taxi ride there my stomach was doing flip flops all the same.

OneTaste, the company that developed OM, started in San Francisco in 2001. Back then it operated as a kind of urban retreat center, providing intensive introductions to the practice and cultivating a close-knit community of “strokers” and “strokees.” Fifteen years on the movement has exploded, with OneTaste trainings in six major U.S. cities, plus London and Melbourne. There are currently 51 OM inspired Meetups across nine countries, with a combined membership of almost 18,000. The official New York chapter has exactly 2,727 people, and by the end of this workshop potentially 25 more.

We congregate, me and a room of equally apprehensive strangers, in a second-floor windowless room, just above the hubbub of Broadway. The walls are vibrating slightly with music from the exercise class across the hall, and the AC needs to be cranked up. My palms are already sweaty.

Our instructors for the day are Hamza and Rachel, a married couple with a calming, likable disposition and 18 years of OMing experience between them. They’re also attractive — a superficial but not entirely irrelevant detail considering we’ll soon watch them perform a live, full-frontal demo of Orgasmic Meditation.

The day starts with a few rounds of Ice-breakers. After introducing ourselves we’re asked to describe how we’re feeling. “Exhausted,” responds one woman who is here at her boyfriend’s behest. I concur. Next we take it in turns to share our reasons for attending Intro to OM. The young woman next to me says she was recently diagnosed with dyspareunia — a condition that makes sex painful — and was recommended this workshop by her doctor. She’s also polyamorous and has never had an orgasm. “You’ve never climaxed,” emphasizes Rachel. “Today we’re going to talk about the ‘orgasm state’ as opposed to worshipping the climax.”

The practice of Orgasmic Meditation, for the woman, is about total surrender to sensation. There’s no sense of attachment to a specific outcome (i.e. climax or reciprocation). Instead OM provides the opportunity to experience pleasure within the confines of “containers” — a specific set of repeated conditions that allow the woman to feel safe. As her amygdala — the part of the brain which initiates fight or flight — turns down, she can be fully present and wholly turned on. 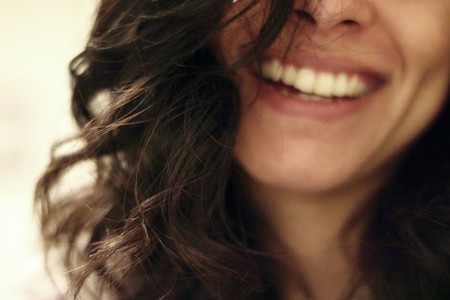 As the live demonstration approaches tension in the room peaks. Rachel has us all ground our feet and take a couple of deep breaths — she doesn’t want a repeat of the London workshop, where one woman fainted. Then she removes her tights and underwear, climbs onto the massage table ever-so cooly, and opens her legs like she’s in a gynecologist’s office. Underneath her is a towel, and silky pillows support her knees and head — an arrangement known as “the nest.” Hamza applies a pair of surgeon’s gloves and scoops some all-natural lube from a OneTaste branded jar. He then proceeds to stroke the “upper left quadrant” of Rachel’s clitoris for several minutes while we all watch. I have never felt more awkwardly British.

The group is asked to call out any sensations we’re experiencing in our own bodies, and a chorus of “tingling”, “pulsing”, and “buzzing” emanates from the people sat front and center. I’m mainly feeling disappointment, because from my seat I only have a view of Hamza’s back and Rachel’s profile (she looks like she’s having a great time FYI). Once the demo is over we talk through the specifics of the technique as well as essential etiquette. When approaching a potential partner, for example, it’s important to use the wording, “would you like to OM?” Because “sup, girl? Can I OM you?,” just isn’t cool.

Although the stroker gets his/her own meditative benefits from focusing intensely on performing one action (as well as the kudos of being a clitoris whisperer), OM is primarily about the woman being stroked. It isn’t even entirely an excuse to get off, although that is a big part of it, obviously. The real benefits of the practice seem to come from unlearning ingrained female hang-ups and behaviors; orgasmic meditation is the antidote to people pleasing, performative sexuality, body shame and the unspoken commerce that underpins romantic encounters in our society (he buys you a nice dinner, you owe him…?).

Many of the women there wanted to step out of the role of caregiver and prioritize their own pleasure. I had a preconception that OneTaste would be overrun with creepy dudes, but the single men in attendance talked with sincerity about wanting to understand, connect with, and please women. It was the total opposite of a pick-up artist workshop.

The thing I found most bizarre about Orgasmic Meditation is how it can be so overtly sexual and yet also not. Romantic gestures are to be avoided during OM practice, even between couples. One woman, new to the community, tells me her first few OMing experiences have been “amazing.” I wonder if she was attracted to her stroker and she says no, so I ask her if she at least got a comfortable (non-sleazy) vibe from him and she replies: “I would never turn somebody down. I was just honored he wanted to do it for me.” Her answer doesn’t sit quite right, but maybe I’m missing the point.

At 6pm I take the subway home. Perhaps my dalliance with OM ends here, but at the very least I’ve got one helluva story to tell my husband over dinner.