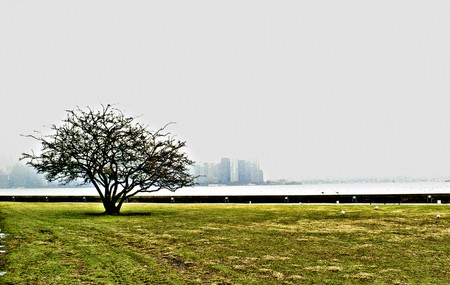 Across the windy, stormy, icy waters of the Atlantic, the S.S. Nevada headed to a port in Upper New York Bay. Annie Moore (the first immigrant registered at Ellis Island), with her two younger brothers at her side, made her way from the ship’s steerage underbelly up to its deck. After 12 days at sea, passengers gathered shoulder to shoulder to see Lady Liberty, who overlooked the gateway to their new world and a brand new life. We take a look at the symbolism and history of the architecture on New York’s Ellis Island.

When Annie Moore first arrived in New York, the facilities on Ellis Island represented structures better suited for war. Both before and after Samuel Ellis, a colonial merchant, acquired the island in 1785, it had represented many things for many people. The island’s oyster flats were once a major food source for the Lenape people until Dutch settlers arrived, and some time later, a group of pirates faced execution on its wind-swept shores. Later leased and fortified by New York’s Federal government in 1808, Ellis Island would house a military installation (Fort Gibson) for an 80-year span, when its 20-gun battery and towering Georgia Pine walls would serve as a frightening deterrent to any would-be invaders. 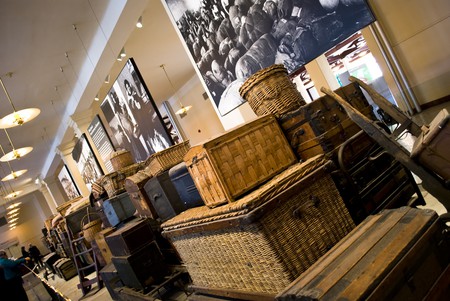 Yet around the time Annie and thousands of others were landing upon Ellis Island’s ports, back in Paris, a partnership was culminating at the Ecole des Beaux-Arts within an academy that served as the pinnacle of architectural education in the 19th century. Edward Lippincott Tilton was a New York City native who left a promising career in banking to pursue a passion, and William Alciphon Boring heralded from the extremely rural town of Carlinville, Illinois. These two men would form a brief, but nevertheless important partnership that forever changed the storied landscape of an island that would become a symbol for a country built by the hands and hearts of those of many nations. 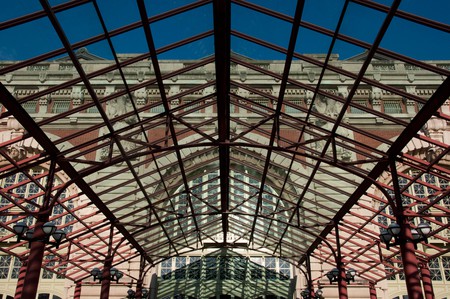 Author Witold Rybczynski, in his book How Architecture Works wrote, ‘Great buildings are often the result of a single – and sometimes very simple – idea.’ The French called this concept parti, and it was the guiding principle that students practiced for hours at the Ecole des Beaux-Arts. For Tilton and Boring, no concepts better encapsulated their proposed designs for four iconic buildings on Ellis Island.

Like most high-profile and public projects, architects must enter their designs into a ‘competition’, often judged by a jury of fellow architects and prospective clients. After both men left the firm of McKim, Mead, and White (known for the company’s designs of Penn Station and the Brooklyn Museum), they won this competition to re-structure the island’s facilities. 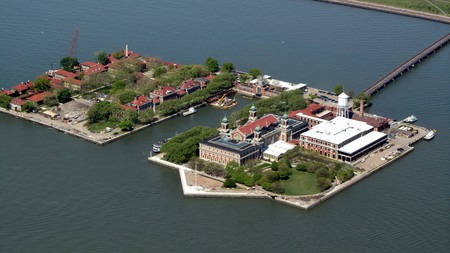 As in other artistic forms, architecture is often a reflection of the cultures, societies, and historical eras in which they emerge. The Renaissance Revivalist (Neo-Renaissance) style chosen by Edward Tilton and William Boring embodied a humanistic approach that highlighted a departure from an aura of superstition and religious mysticism still prevalent in the late 18th and early 19th centuries. Indeed, with the growing influx of immigrants willing to brave the voyage to America in the late 1800s, the existent facilities outlived their purpose and practicality. And while architects must incorporate such needs into a proposed building’s formula, its aesthetic design is often an amalgamation of current societal characteristics. 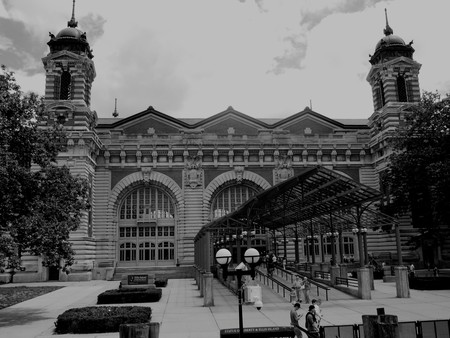 America was on the precipice of a industrial surge. Tilton and Boring’s use of Renaissance imagery emphasized a nation charging headlong into a new era. The precision and symmetry of mannerism, most notably derived from artists like Leonardo Da Vinci, was combined with the movement and grandeur of the Baroque style. This intertwine is seen most distinctively shown at Ellis Island’s Main Building. Its cube shape, balanced facade, and prominent, intricately-stacked quoins (corner blocks) exemplifies a symmetry found in the artistry of Da Vinci’s famous drawing, the ‘Vitruvian Man’.

However, this harmony is infused with ornate window trims and domed towers that create a perpetual and sometimes exaggerated motion characteristic of Baroque art forms. Near the top of each tower, the Parthenon-like arches and the use of smooth stone show elements borrowed from ancient Greco-Roman construction. This cooperative design was tantamount of the Renaissance itself, for it was just as much an artistic movement as it was a display of technological advancement. The buildings at Ellis Island seem to incorporate this same sense of human freedom and progress belonging to a country casting off its colonial specters and entering into the 20th century (when most of four buildings were completed) as a strong and unified nation. 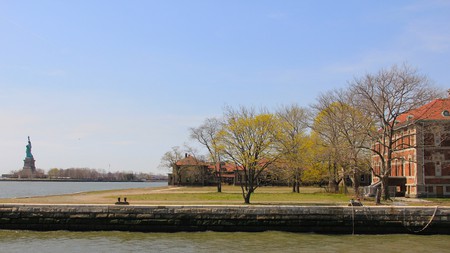 The architecture of Ellis Island is an iconic representation of America’s past, yet it still continues to embrace the vastness of cultural identities of the individual by melding to form a unique sense of unity. And though some of the facilities are currently closed to the general public for entry, the vision of Edward Tilton and William Boring remains significant.