New Yorkers Can Give Curling a Spin in Prospect Park 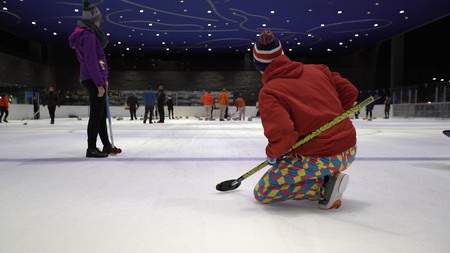 Offering introductory sessions as well as weekly leagues, Brooklyn Lakeside Curling Club gives New Yorkers an opportunity to enjoy one of the more unique sports played at the Winter Olympics in their own backyard.

Every four years, the scene is the same: Casual viewers of the Winter Olympics pause in curiosity as athletes slide a stone with a handle on it across a hockey rink toward a giant bullseye while their teammates vigorously sweep its path using broomsticks.

Then, with casual arrogance, someone claims, “Oh, I could do that.”

“Curling has a reputation of being an easy sport people can pick up over a long weekend and get to a gold-medal level, but that isn’t true,” says Charles Donefer, Brooklyn Lakeside Curling Club president. “When people try curling for the first time, they discover it’s very difficult to balance while doing the motion correctly with the right amount of force. The strategy is very difficult and requires 100 percent attention.”

Tracing its origins to 16th-century Scotland – where games were played on frozen ponds and lochs – men’s curling was included at the first Winter Olympics in 1924 in Chamonix, France. It was dropped and later reintroduced as a demonstration sport in 1932. Men’s and women’s curling officially joined the Olympic program at the 1998 Games in Nagano, Japan.

To play, teams of four alternate throwing eight stones during eight to 10 rounds (known as ends) and attempt to guide their respective stones – each weighing 38-44 pounds (17-20 kilograms) – closest to the center of the bullseye located in a 12-foot (3.7-meter) target, known as the house, 150 feet (46 meters) away. The team captain, called the skip or skipper, yells out directions to his or her teammates, who remain steps ahead of the stone, speeding it up or slowing it down by brushing the ice away with brooms. The team closest to the center of the target after all the stones are thrown earns the point(s). 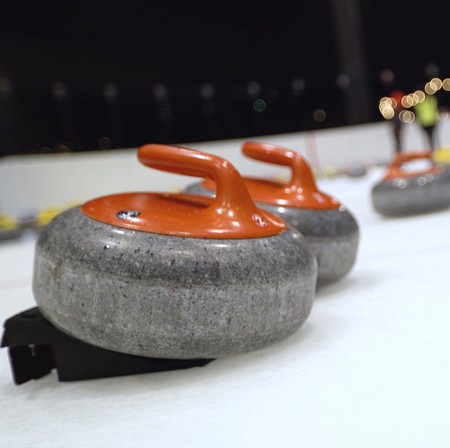 “Curling is chess on ice,” Donefer says. “There’s a physical aspect, but the mental aspect, concentration and strategy is very important to being a successful curler.”

Like many other people, Donefer became interested in the sport from watching it during the Winter Olympics. He would search for nearby clubs, but it wasn’t until moving closer to Prospect Park in Brooklyn, New York, that he finally found Brooklyn Lakeside Curling Club.

Founded in 2014, Brooklyn Lakeside Curling Club has more than 100 participants in its leagues, which run from November through March on Wednesday and Sunday evenings at the LeFrak Center at Lakeside in Prospect Park. The club is the first of its kind in New York City in more than a century; St. Andrew’s Curling Club, founded in 1858, was one of the earliest curling clubs in the city. Brooklyn Lakeside Curling Club also offers 90-minute sessions for novices ($65) who are interested in learning more about the sport or want to see how their skills compare to those of the Olympians on TV.

Donefer, who signed up for a league after getting hooked at a beginners’ session, said curling has gained popularity in the United States thanks to the US men’s team’s gold medal at the 2018 Winter Olympics in Pyeongchang, South Korea. Led by skip John Shuster, the team composed of Tyler George, Matt Hamilton, John Landsteiner and Joe Polo defeated Sweden 10-7 for America’s first-ever curling gold.

“Every year during the Olympics there’s a big increase in the sport,” Donefer says, “but having the Americans perform so well, and the team being composed of some big, fun personalities, has just been amazing for the sport.” 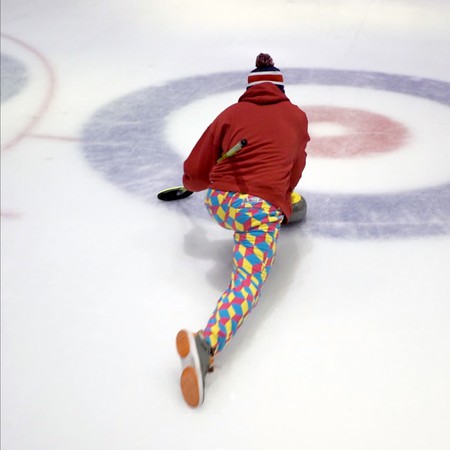