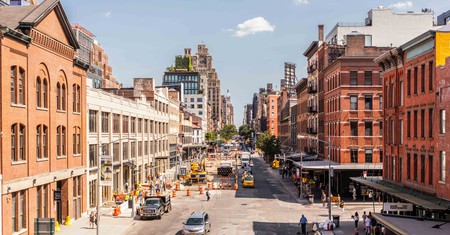 Chelsea, one of the more wealthy neighborhoods in Manhattan, is now home to some major tech companies and smaller start-ups.

Chelsea is better known for its art than its technology. The neighborhood is home to over 200 art galleries and is considered an in-demand address for artists. Back in the mid-1800s, the area was a manufacturing hub, where companies would use the piers darting out into the Hudson River to receive materials. Industrialization then brought many immigrant families to the neighborhood to work in the factories.

Nowadays, the diversity of the neighborhood may still be intact, but the cost of living in Chelsea has risen dramatically. Even over the past five years, prices of homes in Chelsea have risen by 34.2 percent, according to The New York Times. The newspaper’s research indicates the average price of a two-bedroom apartment in the area is $2.87 million.

The neighborhood has seen some dramatic developments in recent years. The High Line, which transformed the old railroad tracks over a 1.45-mile stretch into an elevated park, has been much celebrated. Many businesses have opened in the area, as well as the new Whitney Museum, and one of the piers has been developed into a sporting complex.

Besides having great art galleries, the neighborhood is also full of restaurants and bars, and the transport options include the nearby Penn Station where the A, C, E, 1, 2, 3 lines run through. The N, Q, R, and L trains are also very close by.

The most prominent name to be based in Chelsea is perhaps the biggest tech company of all: Google. The search giant’s New York headquarters are in Chelsea, and in March this year Google bought the massive Chelsea Market for $2.4 billion to further expand in the area. The company currently occupies a full city block between 15th Street and 16th Street, and from 8th Avenue to 9th Avenue. The current gigantic Google building used to be Inland Terminal 1 of the Port Authority of New York and New Jersey. 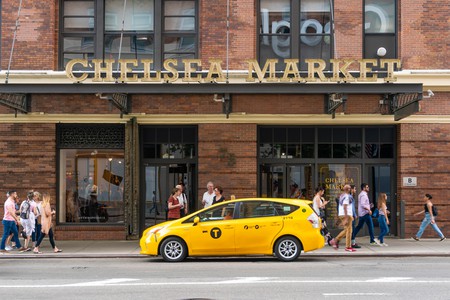 Chelsea Market building in New York City, which was bought by Google in March 2018. | © ymgerman / Shutterstock 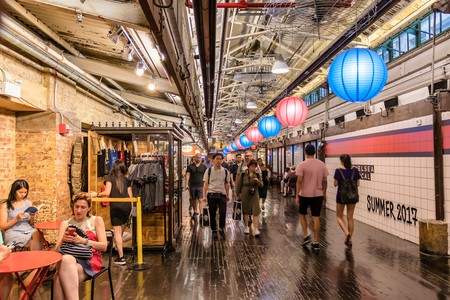 WeWork is another major company calling Chelsea home; the company’s global headquarters are based there. Other start-ups of varying sizes are based in Chelsea, including Playbuzz, the interactive storytelling company, the New York offices of payments firm Venmo, and Splash, a marketing start-up.

As with almost every neighborhood in Manhattan, Chelsea is not lacking co-working spaces. Wix Lounge and AlleyNYC are joined by a number of WeWork offices, including those at Penn Station and the Meatpacking District.

Chelsea’s tech sector may be small right now, but as Google expands and other companies pop up, it’s only going to be more technology-focused in the future. 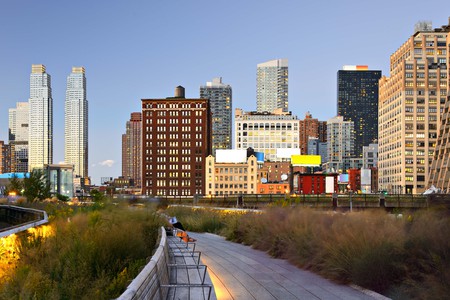