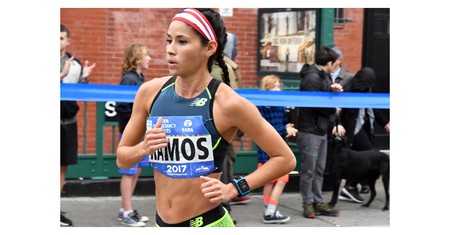 The New York City running organization brings a free youth program – and the mental and physical health benefits of running – to 1,000 kids throughout Puerto Rico who are still reeling from the aftermath of Hurricane Maria.

Beverly Ramos felt helpless, a prisoner of her own home. Ramos and thousands of other Puerto Rico residents were forced indoors – most without power or running water – as they anxiously waited for the destruction outside to cease.

“That was the worst feeling. You just wanted it to be over quickly,” says Ramos, the most decorated track-and-field athlete in Puerto Rican history and a two-time Olympian. “It wasn’t an earthquake, it was a really long storm, and it lasted 12 hours.”

On September 20, 2017, Hurricane Maria, a Category 4 hurricane, became the strongest storm to make landfall in Puerto Rico in 85 years. Its whipping rains and battering winds – as high as 155 mph (249 kph) – wreaked havoc on the island, resulting in nearly 3,000 fatalities.

A year and a half later, Puerto Rico continues to slowly rebuild in the wake of Hurricane Maria and Hurricane Irma, which hit the commonwealth with a glancing blow weeks before Maria’s direct devastation. Many schools and hospitals took months to reopen. Roads remain fractured. Blue tarps still serve as makeshift roofs on homes. Ramos’s house in Trujillo Alto regained power just before Christmas 2017, while many of her friends went even longer without electricity. Supplies including clean water, gasoline and even things as simple as dog food were scarce. 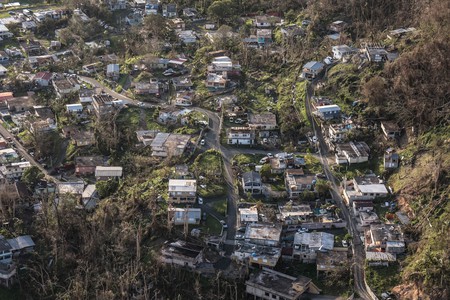 Today, Ramos is trying to bring back a sense of balance and routine to the people of Puerto Rico through a partnership with the New York Road Runners. The NYC-based running organization that manages the city’s races, including the world-famous NYC Marathon, is bringing its free Rising New York Road Runners youth program to kids in Puerto Rico. The program is designed to motivate children to get running and stay healthy and active for life. 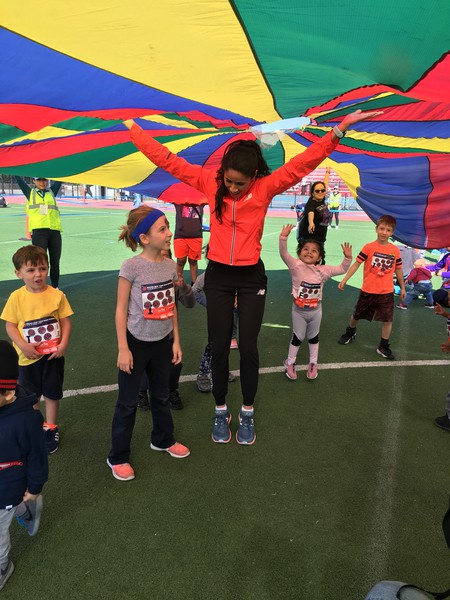 “We hope that the Rising New York Road Runners program can bring [kids] this sense of normalcy and they can have some fun, laugh and get fit,” says Rachel Pratt, NYRR senior VP of Youth and Community Service. “I want them to be physically fit and have healthy lives, but I also want them to know what they learn through running can translate to any part of their lives.”

In the months following Hurricane Maria, schools in Puerto Rico lost approximately 27,000 students, according to the Department of Education. More than 250 schools closed as a result of the storm, so other schools saw an overflow of students searching for classrooms. Ahead of the 2018-19 school year, approximately 200 FEMA-funded trailers, known as relocatable classrooms, were installed throughout the island.

Working with the Boys & Girls Clubs of Puerto Rico, the NYRR trained staffers on the ground to oversee programming. Unlike many lap-based running programs, Rising New York Road Runners teaches students pacing, proper posture and attitude, the importance of their arms while running, stretching and cool-down techniques via a variety of drills and games including animal tag, obstacle medley and beanbag relay. 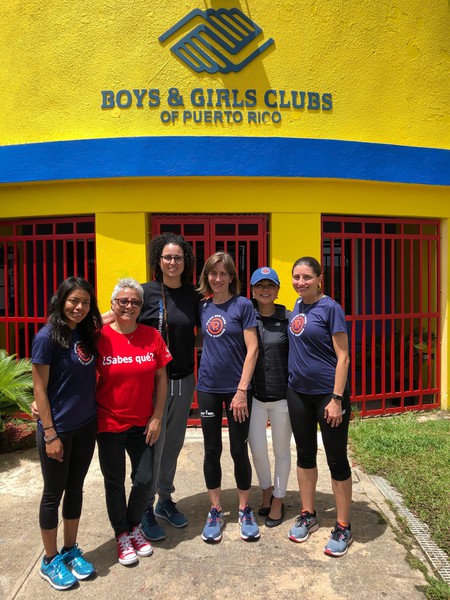 Boys and Girls Clubs of Puerto Rico. | Courtesy of NYRR

The program will also provide free New Balance running shoes to many children via its 1 for You 1 for Youth initiative. NYRR has had youth programs in New York City public schools for 20 years; its Rising New York Road Runners program began three years ago.

“When natural disasters occur, for some reason people forget about the emotional health of everyone,” says Ramos, a mentor and coach to youth athletes in Puerto Rico who will serve as Rising New York Road Runners’ ambassador and special adviser to Puerto Rico. “This kind of program is a perfect fit.”

Ramos certainly knows the importance of running and what it does for one’s mental and physical health. The Trujillo Alto resident was training for the 2017 NYC Marathon when Hurricane Maria hit. Once she was able to leave her house, she took to the streets – where cars were seldom seen because gas was prioritized for first responders – to continue her training. Passing by the devastation was emotional for her, but seeing and hearing the support of fellow Puerto Ricans as she glided by fueled her motivation.

“I think running kept me in a healthy mindset during that time, and it was the best decision I made,” she says.

Ramos was offered refuge after the storm hit, but she opted to stay in Puerto Rico to continue her training and help her family and friends. Nearly two years later Ramos, along with NYRR, continues to offer aid to the people affected by Hurricane Maria, even if it provides the children with only a momentary respite from their disrupted day-to-day lives. 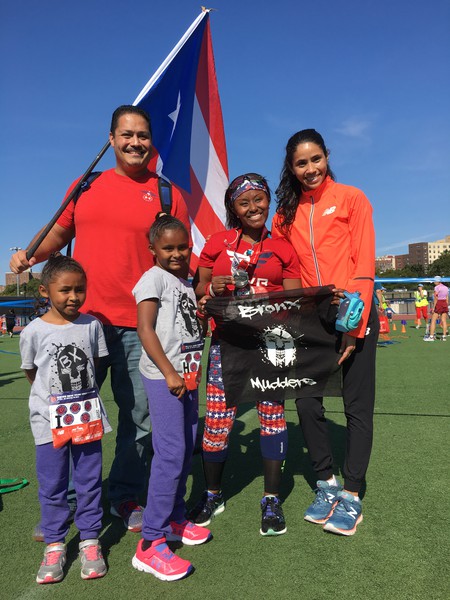 “Maybe they forget for a little bit that mom and dad aren’t doing so well economically or their home isn’t the way it used to be,” she says. “That’s the main thing – trying to bring something fresh for them so it might be the best hour of their day or week or month. It will be a very positive impact on many homes and families in Puerto Rico.”