Raymond Choy went to Paragon Sports in New York City a few days beforehand to purchase a jacket. He bought a full-zip white and green Nike windbreaker to wear during the New York City Marathon he was running that Sunday morning.

“I ended up carrying it the entire route because I didn’t want to throw it away,” Choy said.

The jacket has since become a symbol of Choy’s perseverance, determination and commitment. It displays patches from the various marathons he has started and proudly completed. Choy, 65, will participate in his 19th consecutive New York City Marathon on Nov. 6.

“Every October I like to wear the jacket leading up to the marathon,” he said. “Some people close to me say it’s a ratty, 20-year-old jacket, but it’s my jacket. It’s like having a favorite T-shirt. It’s a nice boost to my ego every once in a while and it’s something I’m proud to wear.” 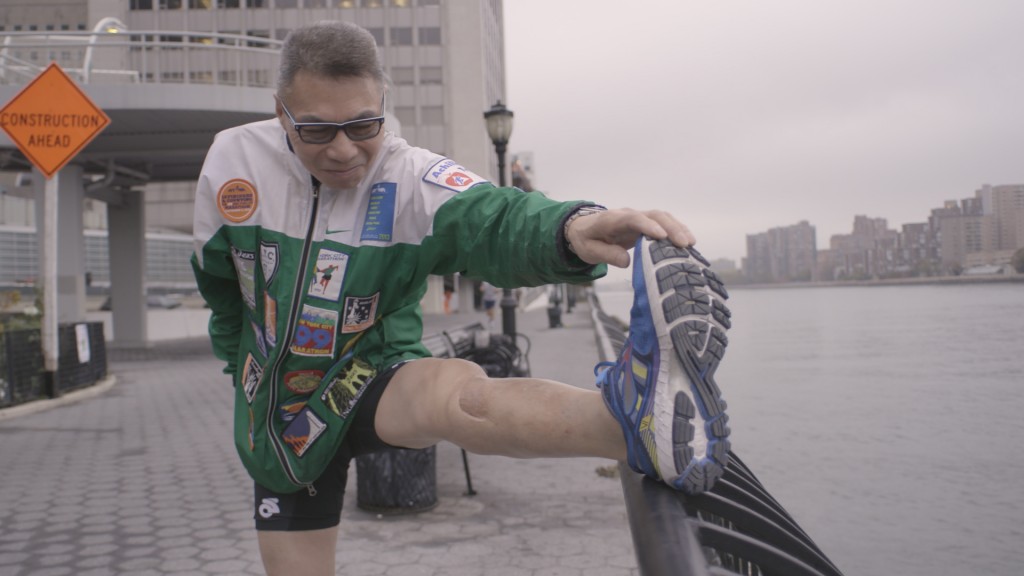 Raymond Choy had seven surgeries and spent 57 days in the hospital following a construction accident in 1993. | © Drew English

What makes Choy’s yearly feat more astounding is the other obstacles he’s had to overcome to run his first NYC Marathon, let alone his 19th straight.

Choy, a former construction supervisor, was overseeing a project in Lower Manhattan in 1993. While helping unload material from a truck, the pallet tilted, knocked Choy off the truck and the material landed on his leg.

What he thought was a simple leg fracture ended up being much more complicated. The accident resulted in a 57-day stay at St. Vincent’s Hospital and seven operations. From time to time Choy would bring his wheelchair to the window to see the building he was working on get higher and higher as the days wore on.

“I found out afterward I was actually in danger of losing my limb at the time,” Choy said. “I guess they did a pretty good job because I still have my leg and I’m running marathons.”

While Choy had to physically and mentally rehabilitate from the accident, he also used it as a turning point in his life. It was a time for re-evaluation and improvement. He quit smoking and hasn’t had a cigarette since. He always wears a seatbelt in the car. He improved his diet. He also started running.

Choy saw a story about Achilles Track Club (now called Achilles International), a non-profit organization that encourages and helps people with disabilities to run and participate in athletics. He reached out and began running with the club. Choy ran his first marathon when he was 46 years old.

“Something I didn’t even think about as a child, and was completely out of my adult life, I achieved when I was 46, and that was pretty fulfilling,” said Choy, a radiologic technologist. “I patted myself on the back. After the first race I said, ‘That was so tough, I’ll never do that again,’ but after you rest for a few days you say, ‘I wonder if I can do it one more time?’ I applied for the next year and the streak began.” 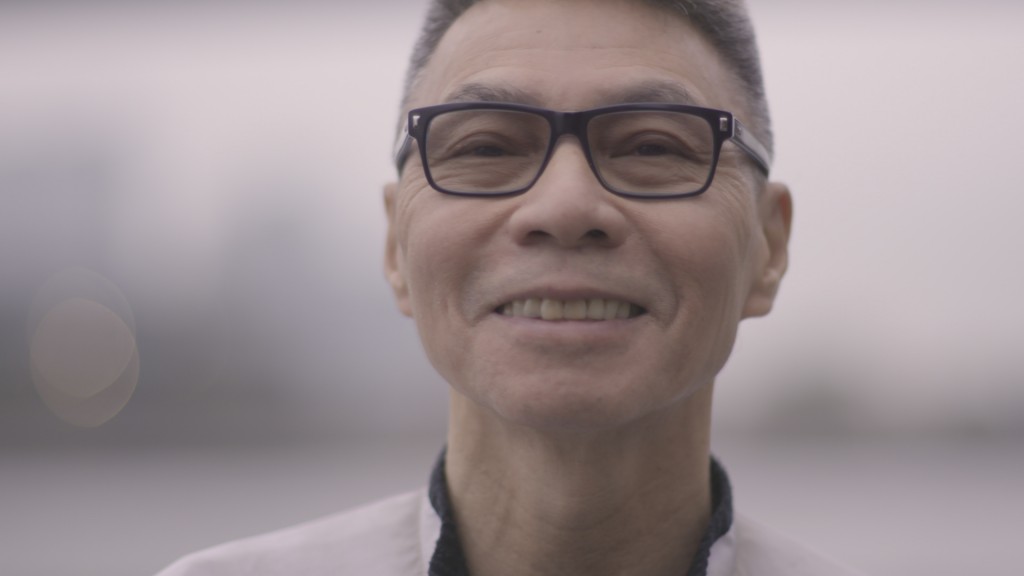 The streak has certainly had its hiccups, but never any deterrents (save Superstorm Sandy in 2012 which canceled the event completely). In March 2011, Choy was cycling from his home in Queens to Manhattan and was clipped by a tractor trailer. The truck cab drove over him, resulting in fractures in his left hand, wrist, ankle and foot, and torn ligaments. In June 2016, he fell off his bicycle along the same route while training for a triathlon and sustained a broken collarbone.

“It’s a streak I’m proud of,” Choy said. “I’ve started and completed every New York City Marathon since 1997. I hear stories of people running marathons into their 70s and 80s and I’m thinking possibly I’m a person who could do something like that.

“At the start of every marathon I wonder, ‘Is this the marathon I won’t be able to complete?’ I’ve always found the answer to be ‘no.’ When I cross the finish line I say, ‘OK, Raymond, you did it one more time. Come next year, you’re going to try again.’ I want it to be part of my life as much as I don’t have to think about breathing in and out, I just do it naturally. Every first Sunday of November I want to be out in Staten Island waiting for the start of the New York City Marathon.”