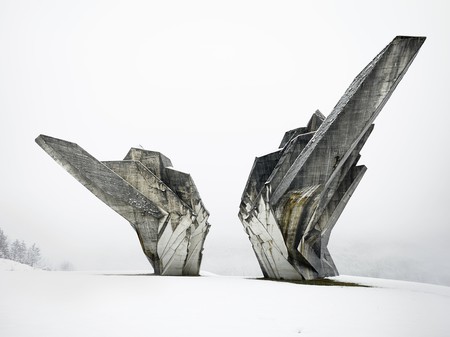 Miodrag Živković. Monument to the Battle of the Sutjeska. 1965–71, Tjentište, Bosnia and Herzegovina | © Valentin Jeck, commissioned by The Museum of Modern Art, 2016 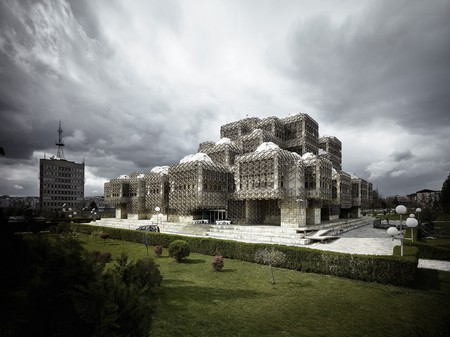 The Museum of Modern Art (MoMA) in New York City is hosting the first major US exhibition to examine Yugoslavia’s architecture and civic space. Toward a Concrete Utopia: Architecture of Yugoslavia, 1948-1980, which runs until January 2019, reveals how architecture was used to create a collective history and enforce a utopian vision for the Socialist Federal Republic of Yugoslavia through imposing Brutalist forms and multifaceted structures from the former country’s post-war years. Six Socialist republics made up former Yugoslavia: Serbia, Macedonia, Montenegro, Slovenia, Bosnia and Herzegovina, and Croatia.

Miodrag Živković. Monument to the Battle of the Sutjeska. 1965–71, Tjentište, Bosnia and Herzegovina | © Valentin Jeck, commissioned by The Museum of Modern Art, 2016

“Historically speaking, a thorough investigation of the architectural production of Socialist Yugoslavia will lead to a better understanding of an important but understudied chapter of architectural history in the bifurcated world order of the Cold War,” says Martino Stierli, The Philip Johnson chief curator of architecture and design at MoMA, in a press release.

“From a contemporary point of view, this body of work serves as a reminder that architecture can only thrive when there is a broad societal understanding of architecture’s power to transform and elevate society and the quality of life it offers its citizens.” 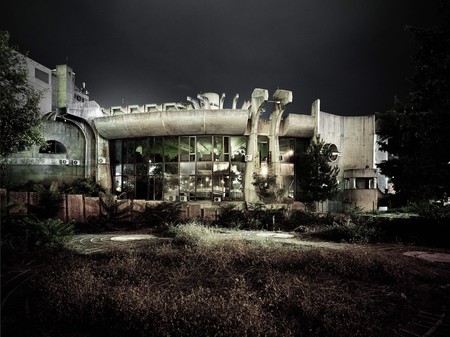 More than 400 drawings, scale models, photographs, and film reels are featured in the exhibition, including newly commissioned photographs by Valentin Jeck, contemporary artworks by performance and installation artist Jasmina Cibic and multidisciplinary artist David Maljković, and three video installations by filmmaker Mila Turajlić. In its entirety, the show investigates “architecture’s capacity to produce a shared civic space and common history in a highly diverse, multi-ethnic society,” depicting 45 years of the former country’s existence through themes such as large-scale urbanization projects, monuments, and memorialization. 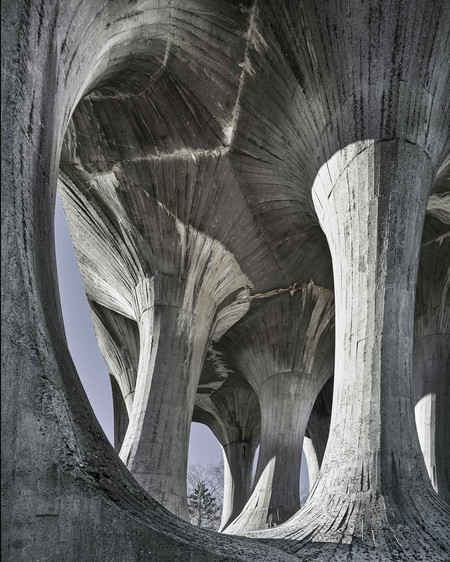 “Given the country’s diversity, Yugoslavia’s architects responded to contradictory demands and influences, developing a post-war architecture both in line and distinct from the design approaches seen elsewhere and beyond,” the museum writes in their press release. Toward a Concrete Utopia looks at the global reach of Yugoslav architecture—particularly during the time period between its break with the Soviet bloc in 1948 and Josip Broz Tito’s death in 1980—and how its design became a manifestation of “radical pluralism, hybridity, and idealism.” 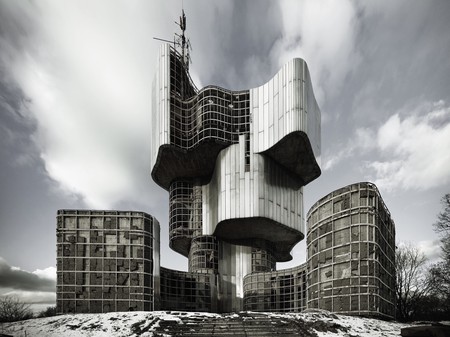 Berislav Šerbetić and Vojin Bakić. Monument to the Uprising of the People of Kordun and Banija. 1979–81. Petrova Gora, Croatia. Exterior view. | © Valentin Jeck, commissioned by The Museum of Modern Art, 2016 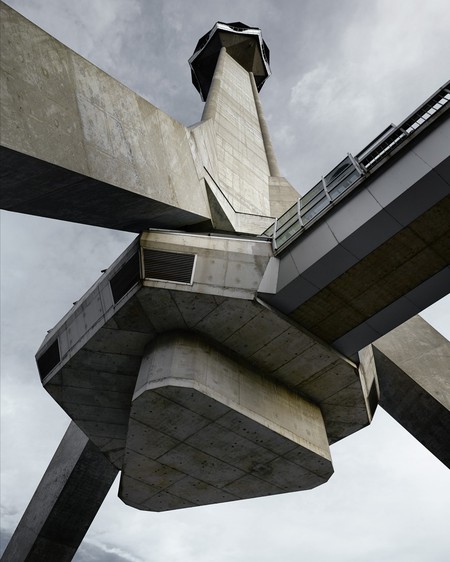 “Modern architecture was a key instrument in the implementation of a utopian vision in a perpetual state of emergence,” writes MoMA. “Many of the featured visionary projects and executed buildings speak to architecture’s aspirational role in terms of both design and social impact.”