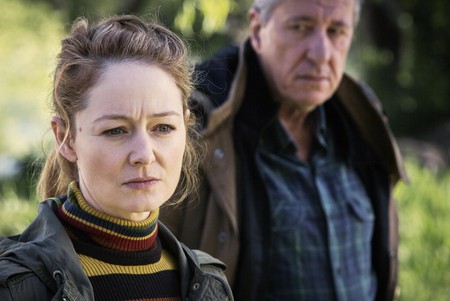 Over the course of her career, the Australian leading lady has steadily moved from passive roles to dynamic ones that transcend even the “strong woman” archetype.

No one who saw The Lord of The Rings: The Two Towers will have forgotten the haunting image of Miranda Otto’s friendless Eowyn gazing across the fields of Rohan like a yearning Pre-Raphaelite maiden. And no one will forget the moment in The Return of the King when Eowyn proclaims her womanhood and slays Sauron’s “black captain” the Witch King of Angmar.

LOTR may be the diamond in Otto’s crown as a mainstream actress, but her resumé sparkles with a diverse array of nuanced performances. Predating Peter Jackson’s Tolkien films, she was outstanding in The Last Days of Chez Nous (as the ingenue), Love Serenade, The Well, Human Nature, The Way We Live Now (a step into brazenness on TV), and at her most maternally powerful in Julie Walking Home.

Otto’s post-Eowyn highlights include Through My Eyes: The Lindy Chamberlain Story, South Solitary, Reaching for the Moon, and The Homesman (in which she is convincingly insane). Her turn as a mole in the CIA in Homeland was a masterpiece in duplicity. She’ll walk a different kind of razor’s edge as a counter-terrorist chief in Fox’s upcoming 24: Legacy.

She is on top form again in the new US release The Daughter — her role that of a schoolteacher and homemaker who has a grievous confession to make to her husband (Ewen Leslie) concerning their teenage daughter (Odessa Young). Culture Trip caught up with the Aussie star one recent Sunday morning. 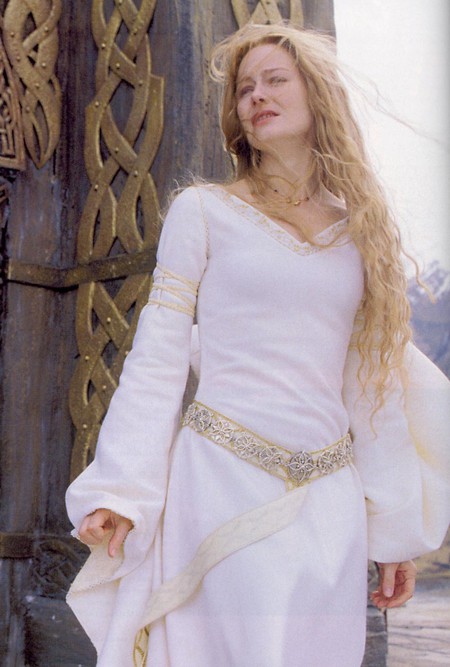 Otto as Eowyn in ‘The Lord of the Rings: The Two Towers’ | © New Line Cinema

Culture Trip: Writer-director Simon Stone adapted The Daughter from Ibsen’s The Wild Duck. Was that part of the attraction for you?

Miranda Otto: I’m a great fan of Ibsen’s writing. He deals with things in his plays that are universal and still relevant today. But there’s a long history to this for me. The first film I ever auditioned for was The Wild Duck [1984], with Jeremy Irons and Liv Ullmann. I actually had no idea what an audition was, and I didn’t get the part.

Years later, I heard about Simon’s stage production of the play and how brilliant it was, but I had missed it. I was working on a film in Melbourne when it was revived, and I was compelled to see it. I’m drawn to certain events that I feel are going to be significant somehow. About two years later, my agent rang me and said, “Simon Stone wants to meet you because he’s making The Wild Duck into a film.” And so I went to meet him and ended up playing Charlotte. It may not have happened in the same way if I hadn’t been to see the play and grasped his vision of it.

CT: It was a contemporary version?

MO: Yes — set more in the city than the film is. He completely changed it when he wrote the film, which doesn’t bear that much resemblance to the play. In fact, when he set out to write the screenplay. he decided he wouldn’t use one line from the play, though he later put a few things back in, I believe.

CT: It’s a shock when Charlotte, your character, tells her husband Oliver about her past feelings for Henry [Geoffrey Rush], his employer. You wonder if Oliver will ever recover from that revelation

MO: For me, Oliver is somebody who, as a young man, was on a trajectory that fell apart. He was going to become a lawyer, but he ended up working in a sawmill and staying in the same town he grew up in. But he met a woman, Charlotte, whom he loves and who keeps him grounded, and they have an amazing daughter — and her future success is his dream. Then those two anchors of his contentment are taken away from him, or at least that’s what he thinks. It’s interesting to see it from that male perspective. 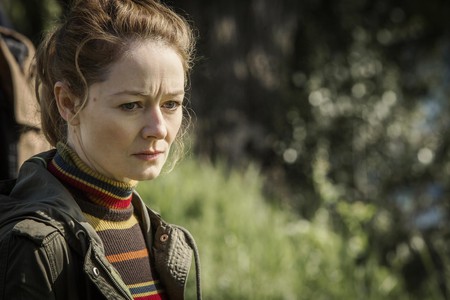 Otto as Charlotte in ‘The Daughter’ (and with Geoffrey Rush, top) | © Kino Lorber

CT: Charlotte would’ve been a young woman when she met Henry, perhaps a bit vulnerable. Since then she’s done her best, and she clearly loves Oliver. But it worries me that people might blame her for what happens. What do you think?

MO: I don’t know. If people blame her, they blame her. What’s nice about the film is that is doesn’t tell you what to think. You don’t have to make any character heroic. It’s an unfortunate situation, but I don’t think Charlotte went into it with any malicious intent. It’s one of those things that happen all the time. A new relationship begins, and it may not feel right to make a statement of truth about your past. You think there will come a time when you should say something, but then what is the point of bringing it up and causing pain to someone you love? There’s never a right time for it to come out. And then you start to smudge the past. You paint it into the picture you want it to be.

To me, the most important line in the whole piece is when Oliver’s father [played by Sam Neill] says to his son, “This story is as old as the hills,” and that’s the truth. All families have secrets. Everybody thinks that their drama is the most important in the world, and that no one else can understand the gravity of their situation. But the fact is that everybody has these dramas. They unite us more than they actually set us apart from other people.

CT: Do you think those secrets and truths are what struck a chord with people when the film opened in Australia?

MO: I think that’s part of it. I also think it shows a picture of Australia that’s slightly different to some of the others we’ve seen. So often the Australia we see on screen is baking under a blistering sun, whereas The Daughter is set in a cold, almost Nordic-looking environment. It brings up the idea of these small, struggling Australian towns, so many of which lost their industries and their [sustainability] as more and more people moved to the cities.

CT: Some women you played earlier in your career were traditionally feminine, or even ethereal. How important has it been for you to project a much more potent kind of femininity?

MO: It’s an interesting transition. When I was younger, a lot of roles I played were about being reactive. Over time, you move into playing characters that provoke the action, and that’s what’s interesting to me now. I think for it to be relevant, a female character my age has to have strength. You have to feel that she knows what she’s about, where’s she’s going, what she’s doing. If she doesn’t, you don’t really have much time for her.

CT: Do you think the desire to play powerful woman reflects your personal growth?

MO: Well, I guess the two do run parallel, yeah. 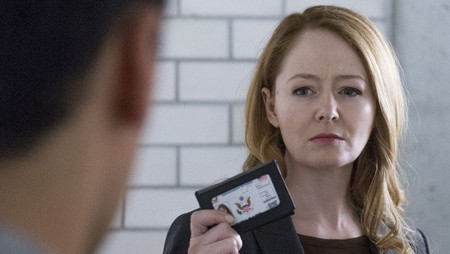 As Allison Carr in ‘Homeland’ | © Showtime

CT: And has it become increasingly important for you to be involved in projects that address the state of the world, not just domestic and personal issues? I’m thinking of Homeland and 24: Legacy?

MO: I have to find something that interests me philosophically or ideologically. The psychology of the intelligence world and what women do within that framework is fascinating, because it’s predominantly seen as a male environment. What drives women who work in something that’s so risky? What drives someone to take on a life of a double agent, which forces you to be completely alone? You can only be yourself with your handler, so it’s an enormous acting game.

There’s this similarity between what double agents do and what I do, which is learn roles, make up histories and biographies for them, and play them out — but they obviously do it under extreme risk, which we don’t in the acting world. I love the fact that they’re going to live or die on their ability to act.

CT: Did you ever have that kind of nerve?

CT: Rebecca Ingram, your character in 24: Legacy, gave up her job leading the Counter-Terrorism Unit to support her husband John [Jimmy Smits], who’s a Presidential candidate. But then an emergency draws her back into the CTU. What is her big dilemma?

MO: More and more, I feel it’s between the personal and the professional. What do you do when those two worlds — and the two people you are — collide? There’s the Rebecca who feels she has to be head of the CTU and the Rebecca who is John’s wife. And there’s also the Rebecca who could become First Lady. How do you play three such big roles – how do bring them together and find harmony?

CT: I guess we’ll find out. Some of your fans, at least, will be happy to see you playing someone on the side of the angels again — as opposed to someone treacherous, like Allison Carr in Homeland.

MO: Maybe. I have to say I enjoyed playing treacherous, though. It was a lot of fun!

CT: Has your daughter seen The Lord of the Rings yet?

MO: No, but she’ll soon be 12 and that’s probably a good age to see it. I look forward to that, because Eowyn is such a great character for young girls.

CT: Eowyn is a bracing example of female power overcoming a terrifying fascistic force, and that couldn’t be more relevant to the current moment in America, could it?

MO: You mean because of the Million Women March? Yeah, I think a lot of great female characters forward that idea. It’s gratifying that audiences want to see empowered women.
The Daughter opens in the US on January 27.

24: Legacy premieres on the Fox Channel at 12pm on February 5, following the Super Bowl.