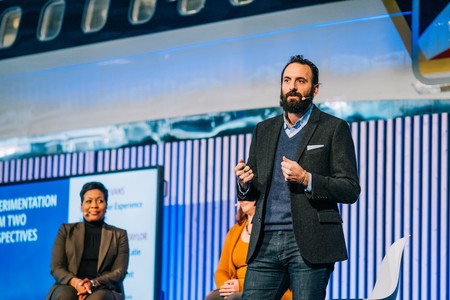 Michael Ventura at a speaking engagement | Courtesy of Sub Rosa

Empathy is not a quality generally espoused by the business world, but for Michael Ventura—CEO and practicing shaman—it’s what underpins his success in the professional, personal, and spiritual spheres.

Like many entrepreneurs, Michael Ventura has plenty of irons in the fire. For starters, there’s Sub Rosa, the West Village creative agency he founded when he was 23 years old. It creates memorable activations for the likes of Nike, Pantone, and Delta. Secondly, there’s the Calliope (“kah-lie-oh-pee”) store Ventura and his wife run, which stocks a curated selection of furniture and global objects of beauty.

There’s also “applied empathy,” Ventura’s methodology that helps everybody, from leaders to lovers, understand other people in a deeper way. It’s been turned into a deck of cards, a popular college curriculum at Princeton, a podcast series, and a published book. Where things begin to get a little more out of the ordinary, however, is Ventura’s after-hours vocation: his busy word-of-mouth practice as a shaman and energy worker.

Ventura was raised in an Italian-American household in Northern New Jersey that was spiritual, but agnostic. “My parents are not woo-woo hippie new-age folks at all,” he explains. “They’ve come around in recent years because of me, and they’ve become interested in what I’m doing. But that wasn’t the petri dish I was grown in.” 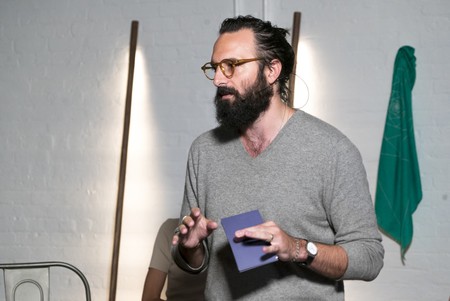 Michael Ventura is a CEO and a Shaman | © Sub Rosa

Ventura’s introduction to alternative modes of healing came after three herniated discs landed him on an acupuncturist’s table. He was 25, overseeing a company of 45 employees, and mitigating stress the way 25-year-olds often do—with alcohol and drugs. Unlike emergency-room doctors, who wanted to insert metal rods into his spine, this acupuncturist recommended tai chi—a type of moving meditation that would reduce stress and gently increase mobility. Nine months later, the pain had vanished.

Ventura explains how, after that, he “went on the spiritual buffet line and tried everything there was to try.” The CEO says: “I had craniosacral, I saw shamen, I did medicine ceremonies—like, everything.”

One day, while camping, Ventura woke early with a clear message in his head: he had experienced so much wisdom, and now it was time to pay it forward. He apprenticed himself to his tai chi master and a female shaman from Mexico, studying their traditions and testing them out on friends and family.

Ventura now treats 15 people a week after hours at the Sub Rosa office. He uses a combination of prayer, song, plant medicine, and the manipulation of the patient’s own qi—known in Chinese medicine as the life-force energy.

Often, clients will report feeling multiple sets of hands on their bodies, or a healing touch that remains even when Ventura walks away from the table. His explanation? “They are still working. We practitioners are antennas, are lightning rods, you know? You’re not getting my energy, you’re getting the energy.” 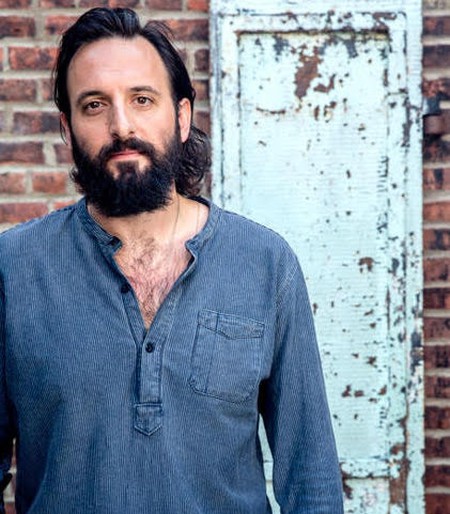 Though he doesn’t broadcast this side of his life in board meetings, Ventura’s two worlds do occasionally collide: “Sometimes my phone will ring and a [Sub Rosa] client will say, ‘I was just with [so-and-so] and they told me that you do shamanic energy work on them, and what the hell is that?’ and thus begins the other side of our relationship,” he explains.

Like many energy workers, Michael Ventura is tranquil and considerate, with an easy warmth. Empathy is what it boils down to, of course. His ability to listen, connect, and respond from a place of understanding makes him successful as both a CEO and a shaman.

“With all the egolessness I can conjure, [I will say], if I’m one thing I’m a really good empath,” he says. “But I don’t think it’s a gift that some people have and some people don’t. Everybody has it, but not everybody flexes that muscle enough.”