A freak eye injury forced Michael Olajide Jr to cut short a promising professional boxing career. Since retiring in 1991, he has taken his workout regime and talents into the fitness world, becoming one of the most-renowned celebrity trainers on the planet.

Michael Olajide Jr stepped into the ring at the famed Gleason’s Gym in New York for what was supposed to be a routine sparring session. Two uppercuts later, Olajide Jr was left with a busted lip and an eye injury that would change his life irreversibly.

“That’s usually the kiss of death for a fighter because your eyes are everything,” Olajide Jr says of the 1986 incident. “If you don’t see punches coming, then how can you fight?” 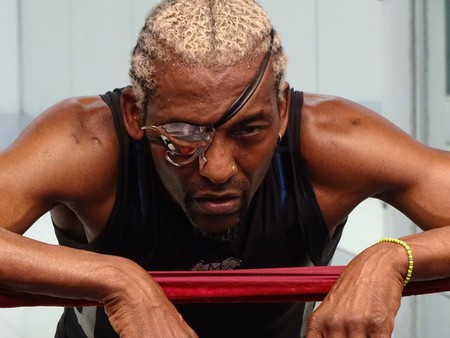 Born in Liverpool, England, and raised in Vancouver, Canada, Olajide Jr had his contract purchased by Madison Square Garden the year before the accident; arena executives and promoters were fond of his boxing style and flash after seeing him fight in Atlantic City. Olajide Jr and his sparring partner were supposed to just being throwing jabs to warm up.

His opponent, “this big kid,” thought otherwise. He ducked and swung an uppercut that caught Olajide Jr off guard—resulting in approximately 15 stitches in his lip. A second punch resulted in irreconcilable, life-altering damage. Olajide Jr’s orbital bone was fractured and his right eye dropped into the socket. He visited his doctor, complaining of double vision. 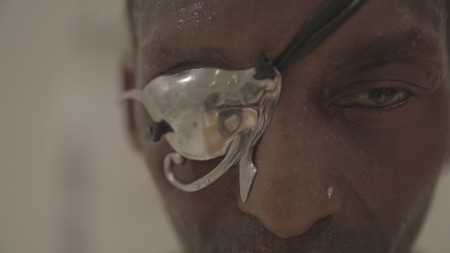 Olajide Jr, who won the World Athletic Association middleweight title in 1985, tried to adapt to his new circumstances by tucking his chin into his chest. He would watch TV, trying to fuse the images in an effort to train and improve his eyesight. It helped, but he was never the same fighter again.

“I kind of look at this eye injury as a blessing because it could have been worse,” Olajide Jr says. “As boxers, the end comes for everybody and that end is usually ugly. … As a fighter, you don’t have a secondary job—you’re 100 percent committed to winning the world title from when you’re a kid—so there are no fallback jobs.”

Much like he did in the ring, Olajide Jr adapted in life following the end of his promising boxing career; he was 28-4 (20 KOs) with four championship titles. 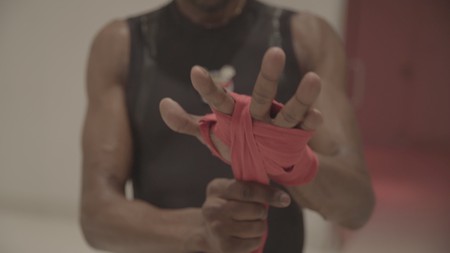 In need of a steady income to avoid being deported back to Canada, Olajide Jr transitioned into the fitness world. He began teaching shadow-boxing and jump rope at a church in Midtown Manhattan. Word spread and Olajide Jr eventually got a job teaching at Equinox. Teaming up with Kathy Smith, “America’s Fitness Guru,” Olajide Jr produced the AEROBOX Workout video in 1995, which went to No 3 on the Billboard Health and Fitness Charts. 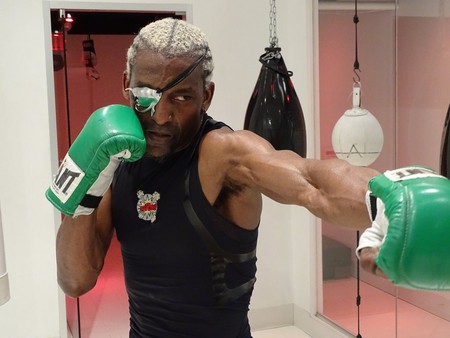 Olajide Jr utilized his boxing and conditioning training and in-ring regime to get back on his feet. He began working with actors including Will Smith, Liv Tyler, Eva Mendes, and Hugh Jackman, and film directors including Spike Lee, Michael Mann, George Wolfe, and Brian De Palma. He caught his big break training Victoria’s Secret supermodel Adriana Lima.

“Once we started working together, boxing for fitness was certified,” Olajide Jr says. “It was gold, it was platinum.” 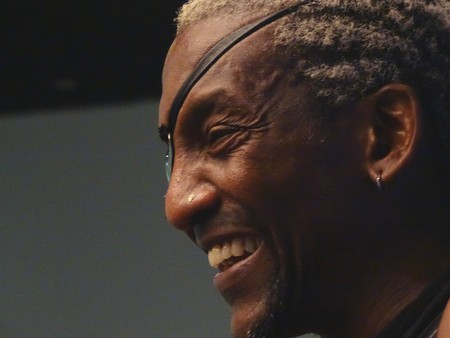 Former professional ballerina Leila Fazel began taking his classes after tendonitis forced her to retire from the Dance Theater of Harlem. They teamed up to expand boxing as fitness and in March 2005, opened AEROSPACE High Performance Center, a 7,000-square-foot facility in New York City. A second location opened in Los Angeles in 2017.

“I have people training with me who have trained with me for 25 years and it’s incredible,” Olajide Jr says. “The kind of shape they’re in and the kind of cardiovascular endurance they have, that kind of thing is gratifying in ways that winning a world title will never be.

“I still wish I won a world title, but this makes for a real soft landing.”