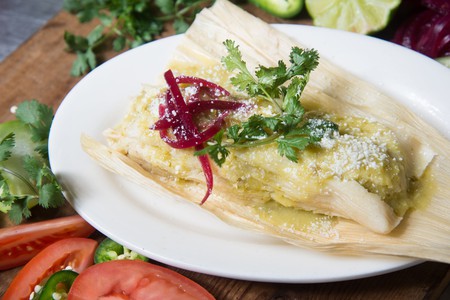 City Tamale in the Bronx was born out of an immigrant’s desire to start his own business and introduce New Yorkers to a beloved Mexican dish.

Israel Veliz insists his story is just a typical immigrant story. The founder of City Tamale, a Mexican restaurant in New York City’s most northern borough, Veliz was born in the United States but lived in Mexico for most of his youth, returning to the US when he was 15 years old. He didn’t speak English, but put himself to work in the restaurant industry delivering food, waiting tables and bartending, all while enrolling in classes at Baruch College. But Veliz yearned for more: he wanted to open his own tamale business. 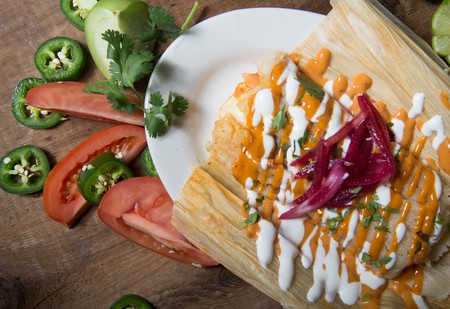 “In Mexico, if you go to work in the morning, instead of finding the coffee carts that we normally see here in New York City, you find tamale vendors,” Veliz says of his inspiration to launch his tamale-centric restaurant. “Every corner you’ll find someone selling tamales. There’s a lot of tamale ladies on the street [in New York], but I couldn’t find any stores selling tamales.”

Veliz, who learned all his tamale-making secrets from his mother, began preparing and selling them out of his apartment near Yankee Stadium three years ago. For the uninitiated, tamales are a traditional Mexican dish: soft masa dough is spread onto a corn husk along with a variety of fillings such as shredded chicken and roasted tomatillo salsa. It is then wrapped, tied and plopped into a steam basket. Tamales are often eaten for breakfast or served during special occasions and holidays.

“Tamales to us in Mexico are like bagels,” Veliz says. “Instead of a piece of bread, we’ll have a savory tamale in the morning.” 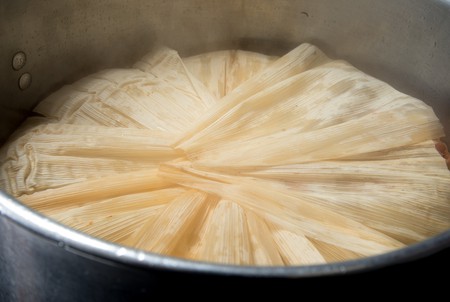 The corn husks are soaked and then steamed | © Alex Rivera

Veliz moved the business out of his apartment and into a storefront near the famed Hunts Point Produce Market, the largest wholesale market in the world. Veliz is now able to source high-quality, fresh ingredients from his neighbor, allowing the menu at City Tamale to constantly change and evolve.

“To start, we wanted to focus on traditional tamales and just make them really well. Traditionally, tamales are sold plain, but since the customer here in New York is a little different, they want to see something more,” Veliz says.

At City Tamale, corn husks are tugged open to reveal fillings like chicken with chipotle peppers, Mexican queso fresco and jalapeños, and tangled ribbons of chicken intertwined with mole poblano. But there are also more unusual versions for adventurous diners: roasted pumpkin with brown sugar or and deep-fried Oreos crowned with ice cream. 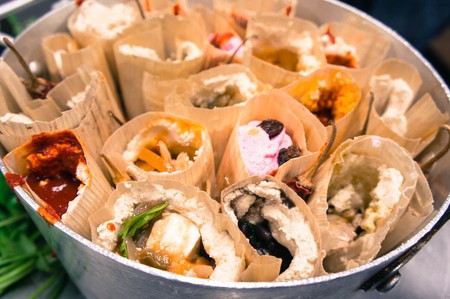 Selling tamales in the industrial neighborhood Hunts Point makes sense for Veliz’s business. “Our customers here are hard-working people. They come to work very early in the morning,” he says. “They want something hot, something that feels homey, and they want to fill their tummies; a tamale works really well because they’re ready [quickly]. The people who buy [tamales] don’t want to wait.”

Every day, crowds begin forming soon after the store opens at 5.30am, with workers quickly and quietly tossing back a couple of tamales before the sun rises. At $2.25 apiece, or three for $6, City Tamale arguably serves up one of the best deals in New York City.

“My ideas are coming to life, and we’re building a brand around tamales; we’re elevating the concept,” Veliz says. “Our goal is to mainstream tamales and eventually have them become something very well known in the city.”