A Introduction to Henry Miller, One of the 20th Century's Most Provocative Writers 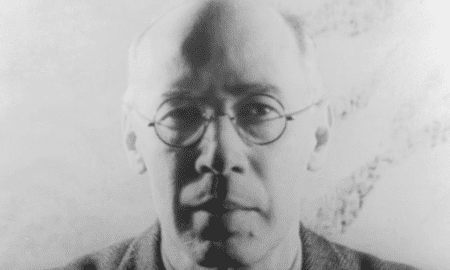 Henry Miller was a 20th century American writer known for breaking out of 19th century traditions. He was known for writing fictional novels based on his own life, and for incorporating philosophy, explicit language, sex, and mysticism into his work. Due to their controversial nature, many of his most famous works were banned in the United States until 1961, but now Henry Miller is known as one of the most influential writers of his generation.

Henry Miller was born to German parents in Manhattan in 1891. As a child he lived in Brooklyn, first in Williamsburg and then Bushwick, and as an adult he lived in Park Slope and Brooklyn Heights. His time living in Brooklyn was difficult – his family was poor and Miller was forced to work mundane jobs – and his writings about the place reflect the disdain that he felt.

As an artist and writer eager to be free and creative, Miller felt suffocated by his life in Brooklyn. In his famous novel Tropic Of Capricorn (1934), he illustrates his contempt for his old home: ‘I saw a street called Myrtle Avenue, which runs from Borough Hall to Fresh Pond Road, and down this street no saint ever walked (else it would have crumbled), down this street no miracle ever passed, nor any poet, nor any species of human genius, nor did any flower ever grow there, nor did the sun strike it squarely, nor did the rain ever wash it.’

He moved to Paris in 1930 and finally felt free. Upon his arrival he wrote to a friend in Brooklyn saying, ‘I start tomorrow on the Paris book: First person, uncensored, formless—fuck everything!’ Free of his mundane Brooklyn life, Miller’s Paris days were lawless and indulgent, and his most famous work, Tropic of Cancer, documents his time there.

With WWII on the horizon, Miller returned to the United States. Determined to stay as far from Brooklyn as possible, he settled in Big Sur, California. By this time he was finally gaining notoriety for his rebellious writings. Previously, many of his works had been banned in the United States, but became a symbol of counterculture when a publisher at Grove Press was finally able to get his work published. The controversy made for great publicity, and his work became a success in his home country.

His depictions of the West Coast stand in stark contrast to his writings about Brooklyn. In Big Sur and the Oranges of Hieronymus Bosch, for example, he speaks of California as ‘the first real home I have ever known… It is all so inviting, so spectacular.’ He loved California, and died there in 1980 at the age of 88.