Maya Deren was a fixture of the New York art scene in the 1940s, running with the likes of artist Marcel Duchamp, filmmaker Stan Brakhage, composer John Cage and writer Anaïs Nin. Active in filmmaking for nearly 20 years – from 1943 until she died in 1961 – Deren completed six films that changed the course of experimental filmmaking. 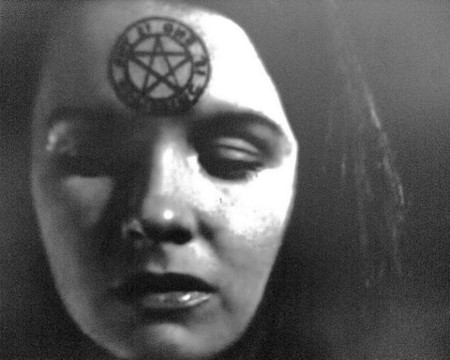 Born Eleanora Derenkowski in Russia in 1917, Maya Deren and her family came to America as refugees of the Russian Revolution. She received her B.A. at NYU, where she first became interested in photography and film. She went on to receive her M.A. in English at Smith College with the original intent of becoming a poet. While working for the Dunham troupe, she later flirted with the idea of becoming a dancer. These two forms of self-expression – dance and poetry – would continue to inform her filmmaking for years to come.

While watching her classic and perhaps most renowned film Meshes of the Afternoon (1943), one thing becomes quickly apparent: Deren was a force to be reckoned with. Her stare cuts right through the film and grasps the viewer’s attention. The viewer watches Deren’s character re-live the same seemingly banal daily rituals while being haunted by a strange robed figure, until four Derens simultaneously appear by the film’s end. Best described as a psychological interior landscape, Meshes is still as attractive and aesthetically relevant to contemporary taste as it was in the 1940s. 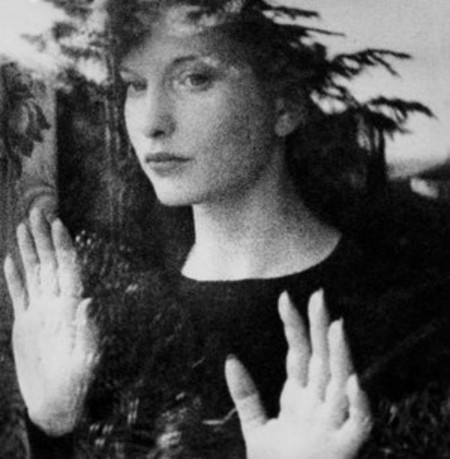 After making Meshes, Deren became more entrenched in the New York film scene. The Provincetown Playhouse on MacDougall Street played Meshes to sold-out audiences for six months straight. Her apartment on Morton Street became famous within the art community as a place for fellow creative types to gather and share. Deren was known for her outlandish parties, which involved hours of drum circles and dancing – with her as the hostess, front and center in exotic and elaborate dress. Memoires of her contemporaries paint a perfect image of bohemia.

Her film, At Land (1944), considered by some as a direct sequel to Meshes, features Deren crawling through an impossible landscape from the shores of the ocean up to a banquet table, finally reaching a game of chess. There, a pawn is lost and she searches for it for the remainder of the film. After viewing Meshes and At Land, the viewer is tempted to place Deren in the same artistic school as the surrealists. Yet one has to be careful using the word “surreal” to describe Deren’s work. While at times her imagery is undeniably surreal, she did not formally join the contemporary art movement of the surrealists, nor did she herself see her work as “surreal.”

Some suggest that Deren was the first filmmaker to explore the concept of a protagonist being destroyed by a false reality created within the character’s brain, rather than their actual environment. A common thread seen in Deren’s films is the relocation of the individual, whether it’s through space or time. The protagonist (oftentimes played by Deren herself) is seen crossing the boundaries of the real and unreal, without ever reconciling the two.

The viewer is sympathetic to Deren, as if watching her caught in a state of lucid dreaming. Deren once said of film, “It is not the way anything is at a given moment that is important in film, it’s what it’s doing, how it’s becoming. In other words, [film is a] composition over time, rather than within a space, which is important. In this sense I say, structurally, it is much more comparable to time forms, including poetry.” 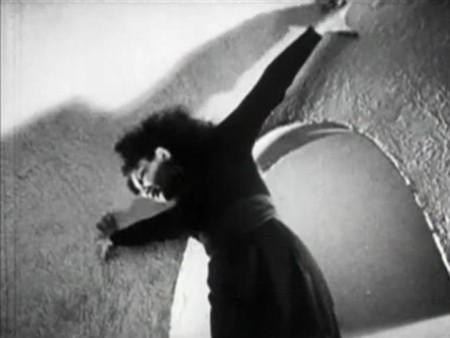 Meshes of the Afternoon | © Maya Deren/WikiCommons

Maya later received a Guggenheim grant to go to Haiti and photograph Haitian dances. When Deren arrived in 1947, she brought only her film equipment, essential belongings and two letters of introduction from the Guggenheim Foundation.

She returned repeated over the next two and a half years to study Haitian Voudoun rituals. She was slowly accepted into the community, where she was invited to partake in the ritual ceremonies – a privilege previously unknown to a Caucasian woman. By the end of her voyages she had an unmanageable 30,000 feet of film. Her writings, ‘Divine Horsemen: The Living Gods of Haiti‘ (1953), became the most highly-regarded anthropological document on this ritual dance.

Following her studies in Haiti, Deren fully embraced the Voudon religion, becoming somewhat of a priestess herself. Contemporary filmmaker Stan Brakhage recalls a time that he attended a wedding in which Deren was asked to officiate the ceremony, only to find her plans for the sacrament limited by spatial restrictions laid out by the wedding planner.

He recalls, “I got to the kitchen in time to see Maya Deren, growling and possessed and in a terrific rage, pick up a refrigerator and hurl it from one corner of the kitchen to another. This wasn’t a little luncheon icebox – it was a standard-sized kitchen refrigerator…I was standing there, frozen to the spot, watching her hurl that thing about four feet across the room – and then everything else in the kitchen started flying.

“Watermelons went careening out the door, pots and pans, china – she was throwing everything…A group of Haitians formed a ring around her and said not to call the police…and so they began to calm her down according to the rituals of the religion…As it was explained to me, she was possessed by Papa-Loco, the Haitian god of ritual, tradition and artists.”

Whether taken literally or not, suffice to say that Deren was possessed by a spirit of creativity that only a lucky few get to experience in the course of a lifetime.