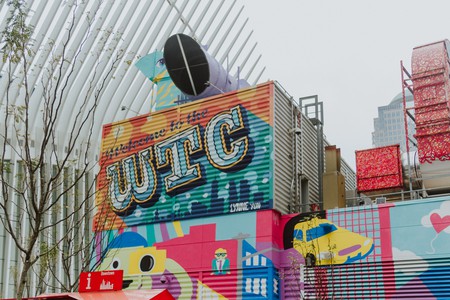 Adjacent to 3 World Trade Center and the Oculus, a series of murals by local artists offers lively new streetscape visions to Manhattan’s Financial District. Commissioned by the Port Authority and mega-developer Silverstein Properties, the project merges formerly disparate worlds – corporate and art – and is a welcome addition to the neighborhood.

Culture Trip asked the muralists to share their insights into their vivid creations, including the meanings behind the murals and the power of public art spaces. 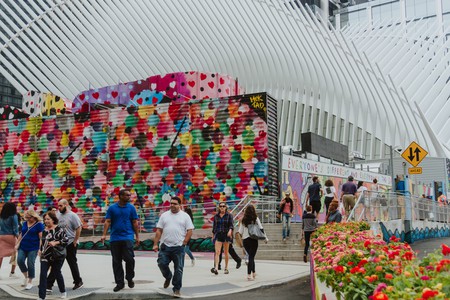 “I thrive on being able to connect others through art,” says artist Risa Tochigi, AKA Boogie. “I moved to this country when I was seven, and it was very frustrating not being able to express, connect and talk to others. But by working hard towards my craft and sharing my work, I’m now able to better express and connect with others.” 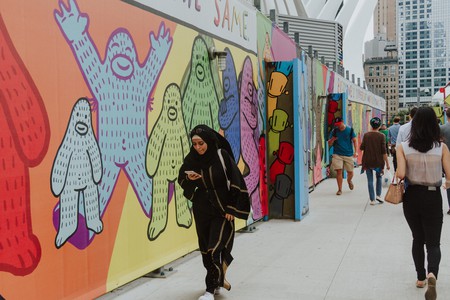 “Keep on imagining, keep on creating, keep on sharing, and unleash your passion. This energy is so contagious and the best medication for mind, body and soul,” says Boogie. 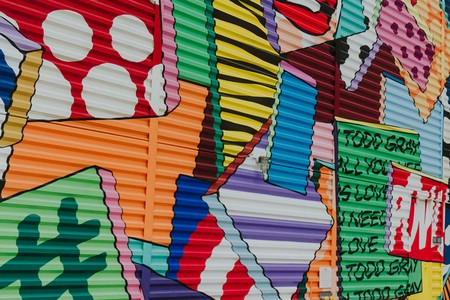 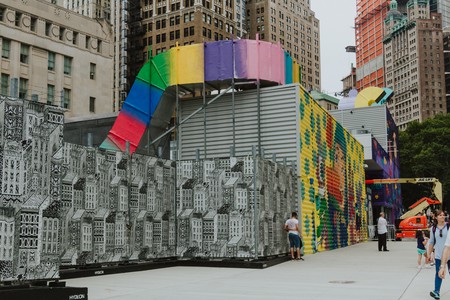 “Having my work showcased in such a unique and significant space is an incredible honor. I knew thousands of people would see it every day so I wanted to make sure the message was universal and positive,” says artist Brandon Sines.

“After visiting the location and experiencing the energy of the people, Everyone’s Different and Everyone’s the Same felt like the perfect phrase. Watching the neighborhood transform into the vibrant, colorful space that it’s become is so exciting, and seeing people from all over the world interact with the art every day is the most any artist could ask for,” says Sines. 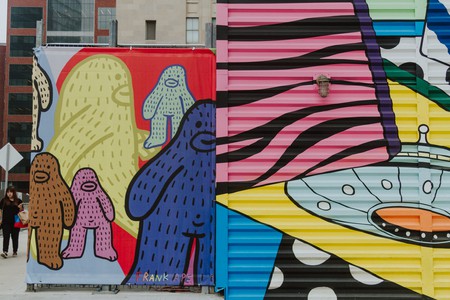 “The artwork, entitled Space Blues, adorns the entrance of 3 World Trade in conjunction with its grand opening this past summer,” says artist Pitch Black. “It’s inspired by NYC street musicians and has a futuristic yet retro feel and conveys happy times to commemorate the revitalization of this sacred area. I’m honored to be in the company of so many talented artists selected for this project,” continues Black. 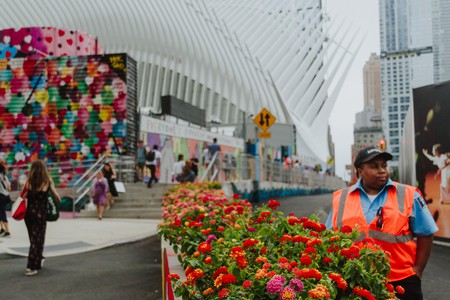 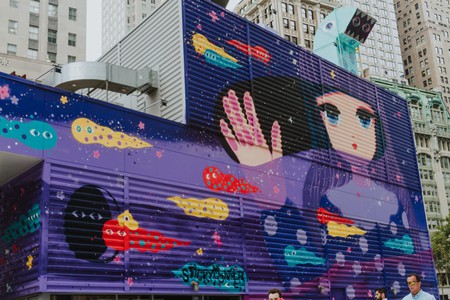 “America’s Girl is sort of like a Frida for a new generation – a combination of different indigenous features, with butterflies all over the place. Butterflies symbolize ‘no borders,’ because monarchs fly and they’re from Mexico,” says muralist Chinon Maria.

“[Her] hairstyle is from Hopi Indians, the face is working off of a Dakota inspiration, the Dakotas, and what she’s wearing is Mexican. So it’s this idea of all these cultures coming together, and that borders weren’t in existence for thousands of years,” says Maria. 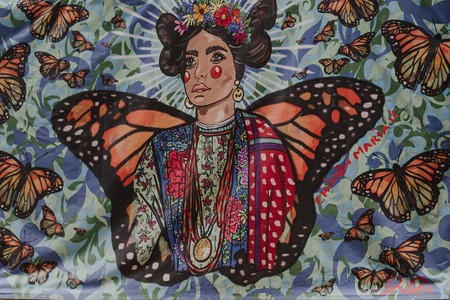 “It’s like a global woman of the future,” says Maria’s husband and fellow muralist, Sebastian Mitre. “And it’s true. Later on, there won’t be the same borders and you’ll choose what’s significant for you and retain that, instead of just like, ‘Hey, I’m American, you’re Mexican, we’re different.’” 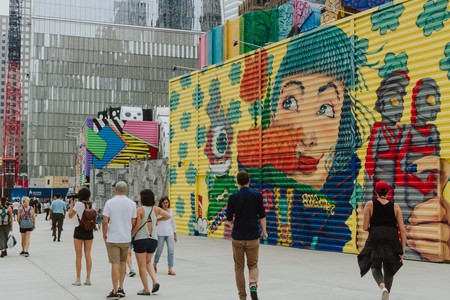 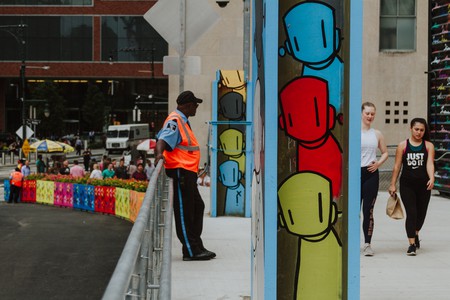 “We must see color, even in the dark, for it’s up to us to rise above in peace. Some of the best artists in the city painted a new view for the people of NYC here at the World Trade Center,” says muralist Dylon Burns. 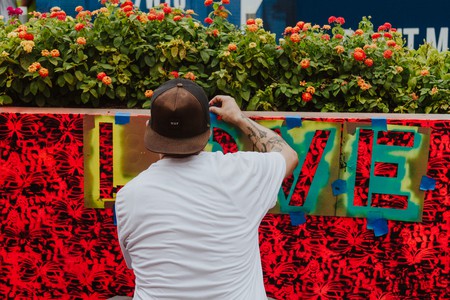 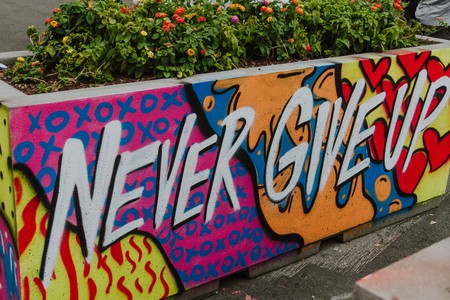 “My street-sign series was created out of the need for our society as a whole to embrace, accept and celebrate a feminine narrative that is woven into the fabric of our daily lives,” says Chinon Maria. 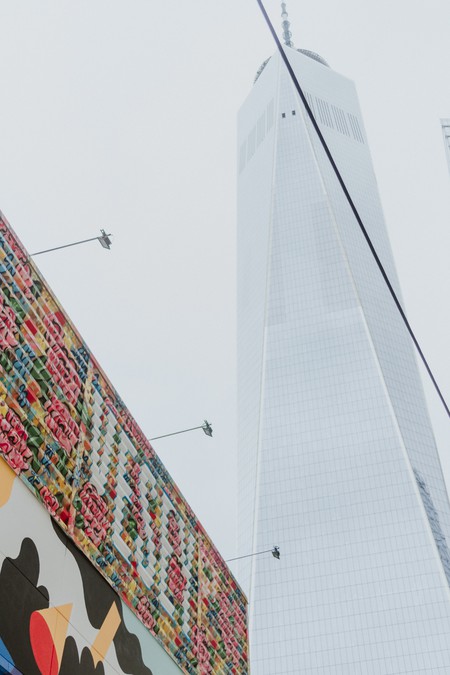 “The Vesey in Bloom project came about from a series of works of vintage Lower Manhattan street signs that had been rebranded with [my] trademark flower patterns,” says Maria. “The work is a reaction to the ongoing feminist movement and a symbolic rebranding of the city landscape to incorporate a female narrative. The flowers are a reminder of rebirth, life and the beauty of the nature around us.” 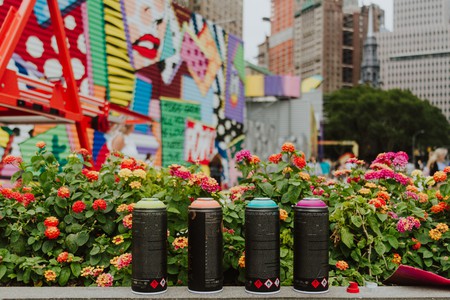 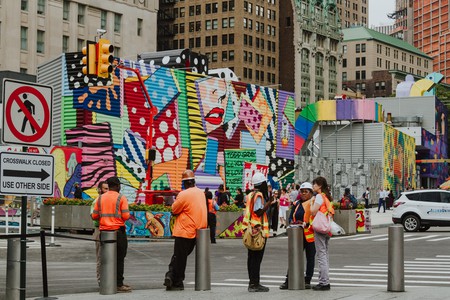 “As urban artists, we are agents of change and we embrace that responsibility with hard work and dedication. The Vesey Street sign pays homage to this city, where Chinon and I fell in love,” says Mitre. “And it’s also a bold statement in the middle of the Financial District that we need a more inclusive feminine narrative. The flowers are beautiful symbols of femininity, spring and rebirth.” 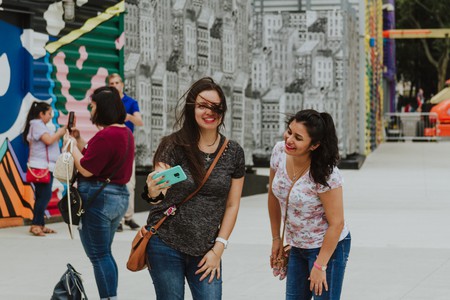 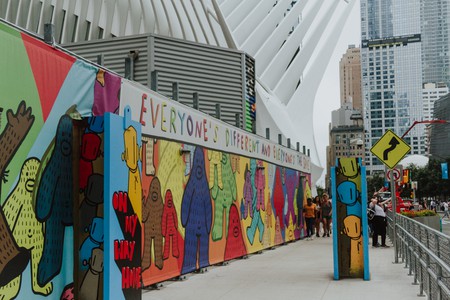 “We are the first couple to be invited to jump-start this project due to our previous successful collaboration painting large-scale murals for both Silverstein Properties and the Downtown Alliance of New York,” says Mitre, who grew up in Mexico City and met Maria in New York. Their previous work can be found on the 69th floor of 4 World Trade Center. 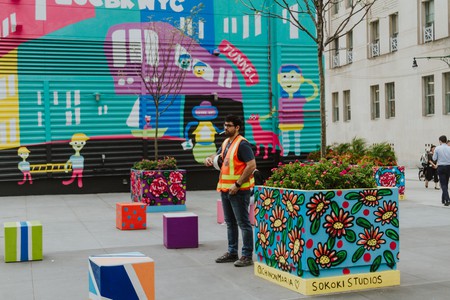 “The air vents I painted are a part of a line of characters I produce called my Wild Things. They are all a form of self-portraits describing how I felt at the time,” says muralist Dylan Bauver.

“The horizontal air vent represents myself currently living in New York City, [and] the two vertical air vents are dedicated to my mother and older sister. The fact that both vertical vents are standing tall [is symbolic]. My mother and sister are both standing up to cancer and looking over me at the same time,” continues Bauver.

“My sister Wren has Stage 2 breast cancer, and my mother has Stage 3 ovarian cancer. My mom was supposed to be working around the corner from the WTC on 9/11, but she wound up calling in sick that day,” says Bauver. 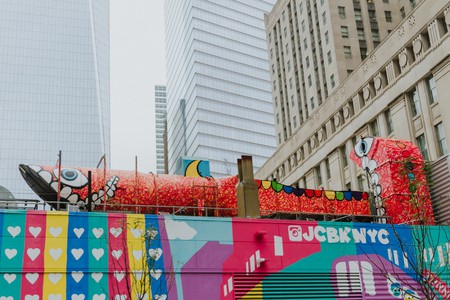 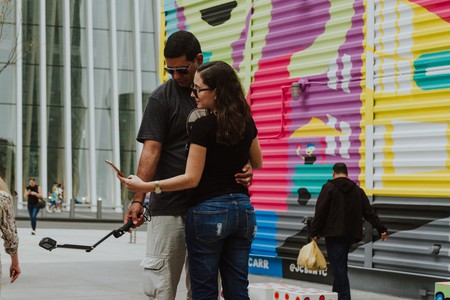