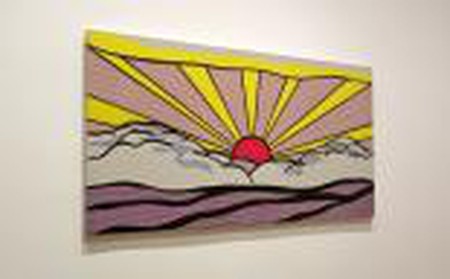 Born in New York, Roy Lichtenstein made waves in the art scene in the 1960s with his unique take on abstract expressionism, inspired by cartoon strips and advertisements. Provoking both admiration and controversy among peers and art critics, Lichtenstein played a key role in redefining pop art. Liz Tse explores the life and work of this pivotal artist. 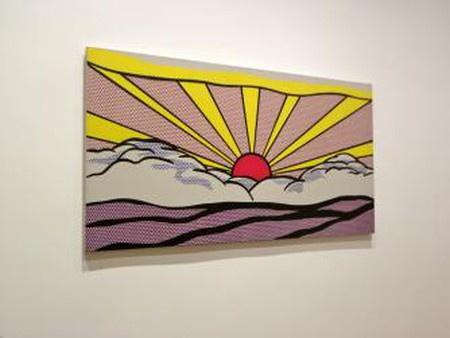 Many of Lichtenstein’s early works were centered around Americanism with a European influence. Lichtenstein’s works in the 1950s displayed a strong thematic presence of Americana, blending strong US cultural icons, such as paper money, with Abstract Expressionism. His rendition of ‘Washington Crossing the Delaware’ is one of his most recognisable works from that era. Using George Washington as the subject, the painting incorporated abstract expressionism, a key feature prevalent throughout Lichtenstein’s paintings.

Watch a TateShots video about Lichtenstein below:

After experimenting with pop art from 1960, Lichtenstein established his signature style as paintings inspired by mass produced imagery, comics strip or advertisements using Ben-Day dots, primary colours and speech balloons. One of his first pieces of work to gain public interest was his painting, Look Mickey, inspired by his son who challenged, ‘I bet you can’t paint as good as that, eh Dad?’ Look Mickey was based on a Mickey Mouse comic book and was painted using Ben-Day dots in primary colours. Its fresh approach on cartoon style imagery struck a chord among art followers and remains one of his most iconic pieces of art to this day.

Lichtenstein’s comic strip paintings collection, chosen specifically for its unique and new take on pop art, was displayed in the Leo Castelli Gallery in 1961. Due to its instant success, Castelli offered Lichtenstein a solo exhibition the next year, which sparked just as much public interest. In 1963, Lichtenstein painted Drowning Girl, appropriated from ‘Run for Love’, the dramatic lead story of the DC Comic #83 shows. Lichtenstein’s version crops in to focus on a crying woman surrounded by waves saying, ‘I don’t care! I’d rather drown than be saved by Brad’. This highly emotive painting encapsulates the essence of Lichtenstein’s works; presenting poignant content in an ironic way.

Lichtenstein explained why he was drawn to cartoon strips as the inspiration behind his art; ‘I was very excited about, and interested in, the highly emotional content yet detached, impersonal handling of love, hate, war, etc. in these cartoon images.’ His version of Whaam! from DC Comics All-American Men of War, featuring army fighter planes in cartoon style pop art, epitomised Lichtenstein’s work from that time. Lichtenstein often painted emotionally charged subject matter by using detached techniques in a tongue-and-cheek way, and in doing so encouraged the audience to interpret the imagery themselves. 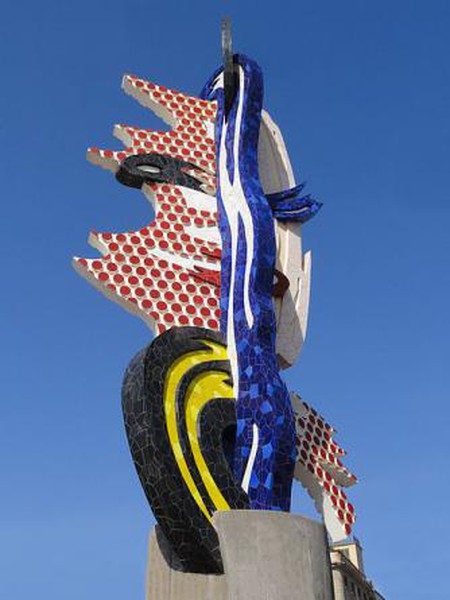 From 1965 onwards, Lichtenstein began working on the Brushstroke series. This was a continuation of his earlier brushstroke works, which included recreating famous masterpieces by Picasso, Mondrian and van Gough. Lichtenstein’s aim for the ‘Brushstroke series’ was to show the interconnection between the artist and his tools. Lichtenstein has said of this series, ‘It’s taking something that originally was supposed to mean immediacy and I’m tediously drawing something that looks like a brushstroke…I want it to look as though it were painstaking.’

Although Lichtenstein’s career primarily revolved around pop art, the artist also took an avid interest in surrealism, experimenting with sculptures and drawings in the latter part of his art career. His success as an artist created a high demand for commissioned work, including painting a BMW race car in his signature style and crafting an enamel-on-metal mural, positioned at Times Square subway station. His art career spanned over four decades, and his distinctive style consistently pushed the boundaries of what defined art.

Despite celebrating international success as an artist, his work received harsh criticism from art critics who claimed that his pieces lacked genuine artistic talent. It was believed his work showed limited creativity and technique because of his focus on commercial subject matter. In 1964, Life magazine asked ‘Is this the worst artist in America?’ in reference to Lichtenstein’s pop art paintings. Despite these criticisms, Lichtenstein’s cool-headed approach to his work, unlike those of his peers, including the tempestuous Andy Warhol, was what separated him from the rest of his contemporaries. Ultimately Lichtenstein’s controversial yet undoubtedly talented work set fire to the art scene in the 60s, remaining as insightful and significant today as it was in its original era.