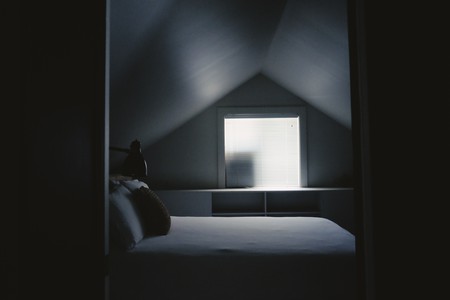 From the winner of the National Book Award and author of Siam, Or The Woman Who Shot A Man, Lily Tuck’s Sisters is a fever dream of a novel, depicting the psychological trauma of one woman’s obsession with her husband’s ex-wife.

In the final scene of Lily Tuck’s latest novel Sisters, the unnamed narrator ends up sharing a bed with her step-son following a night of decadent birthday celebrations. She assures her husband they didn’t sleep together, but how did this Oedipally charged scene come to be? Is she re-enacting a scene from Mario Vargas Llosa’s In Praise of the Stepmother, that features so heavily within the book, and acts as a looming parallel plot line?

This however, is not the story of an illicit, carnal affair between woman and step-son, but the story of an unmarred narrator driven to the point of insanity by obsessively fixating on her husband’s ex-wife, known only as she. As if sizing herself up against an older sibling, the narrator implicitly asks us to witness and adjudicate endless comparisons – sexual, intellectual, physical – between herself and her husband’s ex-wife, through deadpan, fragmented prose. Weaving together a multitude of literary references, delicate symbolism and inner monologue, Sisters is a well-executed exploration into the complexities of relationships and of how to live with unbearable imperfection.

And underpinning everything is the narrator’s primordial concern: ‘Who do you love best? Me or her? And who fucks best, me or her?’

The narrator and she are siblings not of blood but of competition, as the book’s epigraph warns us: ‘First and second wives are like sisters.’ Almost black and white opposition defines their relationship: she is ‘blond’ and ‘big-boned’ while the narrator is ‘dark and petite’; she liked cats whilst the narrator loves dogs; she could have been a concert pianist and studied at the Curtis Institute of Music in Philadelphia while the narrator allegedly has a ‘tin-ear’; she lived in Paris and speaks beautiful French while the narrator humiliatingly takes up French lessons.

There is an overwhelming, if at times arbitrary, sense that she is the exotic, glamorous doppelgänger to the plain, lowly narrator – the full-bodied French burgundy to the narrator’s watery chardonnay. Nowhere is this more apparent than at the wedding of the narrator’s step-daughter. As her husband dances with his former wife, the ache of watching them ‘glide across the floor’ cuts even deeper when the ‘groom’s uncle’ asks her to dance. The groom’s uncle – an almost perfect anagram of unglamorous – represents the very thing the narrator fears she is; removed, an outsider, second-best.

Though the comparisons are at times monotonous and predictable, this seems less a fault of Tuck’s craft than a realistic illustration of an obsessive mind seeing things in absolute terms. And moments of fallibility remind the reader that this is only half the story, so we are required to construct our own world beyond the perspective of our – in part – unreliable narrator. The narrator reveals she would go to the supermarket near her apartment, hoping to voyeuristically eavesdrop on her rival. ‘Once while I was standing in front of the salt-water tank watching the live lobsters inside it, I saw what I thought was her reflection in the glass.’

Not only does the mistaken identity reveal that our narrator’s eye is not as perspicuous as she may assert, but the presence of the lobster adds a deeply intriguing layer. Though it is widely assumed that lobsters mate for life, this is in fact a disproven theory. As if placed in front of her eyes, as a literal red flag, the lobster represents the narrator’s false assumption that her husband is still beholden to his first mate.

This is one red flag, but another in a more literal sense, might be her husband’s complicated feelings towards his ex-wife, that don’t provide any respite for our troubled narrator. Whether he still has romantic feelings for his ex-wife or is simply an insensitive, verbally cumbersome man remains to be seen, but throughout the book clumsy utterances can’t help but escape from his mouth: he accidentally refers to his ex-wife as his ‘wife’ before correcting himself at a dinner party; ‘Once while we were making love, my husband called out her name instead of mine.’

No wonder the narrator’s curiosity about this femme fatale is supercharged. Before the final scene, the distrust has reached fever pitch as the ‘boarding pass stub in my husband’s coat pocket indicated that he had come not from Seattle but from Chicago’s O’Hare’. Has she been right to be sceptical all along?

Literary references to tales of great loves and affairs underpin the work, both providing clarity and further obfuscating the dynamic. How should we interpret the revelation that the ex-wife’s cats are named after Simone de Beauvoir and Nelson Algren? Is she Simone and he Nelson, caught up in a transcendental love affair? Or are we to take the second part of that story, where they choose work over love, their relationship breaks down, and de Beauvoir’s subsequent success runs in direct opposition to his demise?

Or perhaps excerpts from Czech writer Václav Havel’s prison letters to his wife offer some clues. The narrator includes a letter written to his wife on August 11 1979, in which he poignantly reveals: ‘I have to fill in the details of your life like this because I have no authentic news at all.’ Is this in fact what our narrator is doing, filling the gaps in her knowledge with idealised projections about her that are ultimately untrue?

In another letter dated November 3 1979, Havel writes: ‘Above all, we must support, not depress, each other. I don’t underestimate your worries in the least, and in some regards it will be harder for you than for me.’ Could these words in fact be about the narrator’s sympathy for his ex-wife, and that beneath this competition and rivalry lies an unacknowledged bedrock of empathy, kindness and even respect for her?

In the end, it all proves too much, and an implied divorce follows the surprising scene between the narrator and her step-son. Unable to withstand the uncertainty, the narrator’s actions are understood as a perverse way to regain control and agency in her life, albeit with significant consequences.

Where Tuck has triumphed is in illustrating how a seed of doubt can grow into a sprawling wilderness. 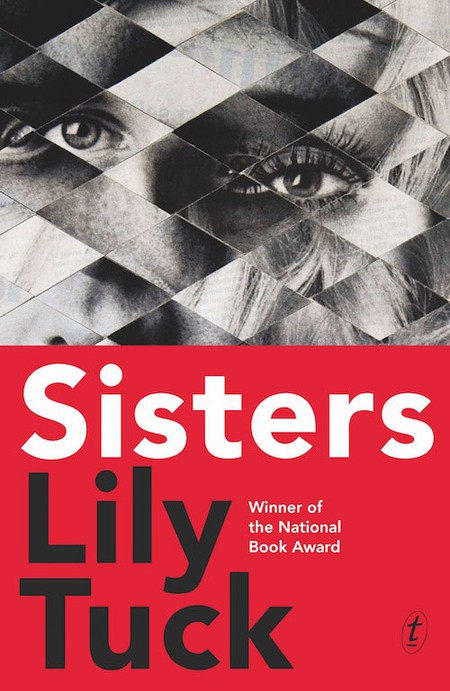