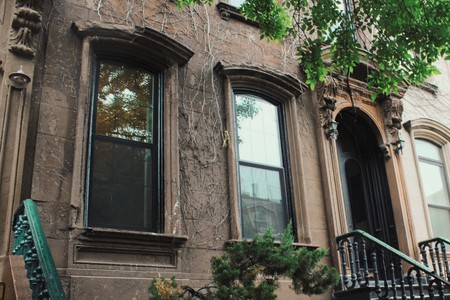 Parrish Turner
Us Books Editor25 May 2018

Langston Hughes moved into his 20 East 127th Street brownstone in 1947 and said that he had finally found a home.

“It’s always magical when I walk into that house,” Renée Watson says. “There is something special in the air. And I get a thrill every time I see his typewriter on the mantle. Frank Morrison‘s breathtaking portrait of Hughes welcomes me in every time; being there, I feel like I can be creative, that I can try things and fail and try again.” 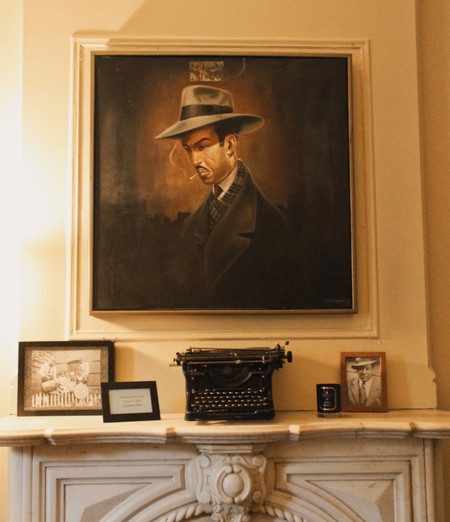 Hughes, a renowned poet of the era, was one of the writers who helped define the Harlem Renaissance. He loved Harlem and was quoted as saying: “More than Paris, or the Shakespeare country, or Berlin, or the Alps, I wanted to see Harlem, the greatest Negro city in the world.”

While Hughes’ home was given landmark status in 1981, not much else was done with it after that. The house continued to be rented out as any other apartment building in New York and after many years it was left empty and in disrepair. In rapidly gentrifying Harlem, this put the building at risk for being turned into the proverbial coffee shop. But when it was put up for sale in 2009 for over one million dollars, sellers were unable to find a buyer.

As articulated in Michael Henry Adams’ op-ed for The New York Times, Harlem’s upward mobility is reflected in the housing prices, but doesn’t seem to benefit those who historically or currently live there: “It was painful to realize how even a kid could see in every new building, every historic renovation, every boutique clothing shop—indeed in every tree and every flower in every park improvement—not a life-enhancing benefit, but a harbinger of his own displacement.”

Enter Renée Watson, author and winner of the Coretta Scott King award for Piecing Me Together. She watched as brownstones in her neighborhood were torn down to create luxury apartment complexes and wanted to make sure that the famous landmark she walked by every day would remain safe. While the site’s protected status does preserve it from being torn down, Watson wanted to do more.

She dreamed of creating a safe space in Harlem for residents and visitors to remember Langston Hughes’ legacy while also helping boost the next generation of artists. “I fell in love with Harlem through the poetry and writings of Langston Hughes,” Watson says. “Having this space and engaging with the community makes that love stronger.”

In a campaign launched in July of 2016, Watson and a number of local black artists aimed to lease the building and create a community-focused space. The group named themselves I, Too Arts Collective after Hughes’ famous poem I, Too, Sing America. They began crowdfunding and the story went viral with the hashtag #LangstonsLegacy.

Authors and artists donated their time and work, including children’s author Olugbemisola Rhuday-Perkovich. “As a kid reading Langston Hughes’ work, I could feel his love for and pride in his Harlem community and Renée’s vision was such a beautiful 21st-century extension of that legacy,” Rhuday-Perkovich says. “I think the campaign succeeded in large part because her vision and plans were grounded in that same spirit of generosity and investment in people, particularly young people.”

After a successful fundraising campaign which ended up bringing in $87,000, they were able to sign the paperwork in August of that same year. “I wasn’t expecting that. I had this vision for so long and had no idea that so many other people wanted this, too,” says Watson. “It was a very validating experience.”

“On February 1, 2017, we opened our doors for the first time and have been having programs ever since,” Watson says.

The home acts as both a museum to Langston Hughes’ legacy and as a community space.

Rhuday-Perkovich has been able to volunteer her time with the community through the house: “Being able to welcome visitors from all walks of life, from all over the world, has been such a treat. I get to hear stories of others’ connections to Hughes, or be a witness to their enthusiasm and gratitude. It’s a special thing.”

I, Too, Arts Collective

As the Collective grows, the team has been able to refurbish more and more of the building. And the calendar is packed. Visitors can attend book launches, musical performances, community events, African drumming classes, and even private events through AirBnB.

“In just one year we had over 100 teens in the space for poetry workshops,” Watson says. “I love it when young people are in the house. There is something about their curiosity, their raw talent, and vulnerability that really make their visits extra special. I believe that our young people have something to say about what is happening in their world. Offering free writing workshops for them is one way of saying to them, your voice matters, we want to hear what you have to say.”

Long term, the I, Too, Arts Collective aims to purchase the house in order to better preserve its place as a community center and is currently fundraising, in partnership with Penguin Random House, for a walk on June 22, 2018 that will bring both awareness and donations to the cultural landmark.

Watson understands the need for preservation of these spaces. “My hope for Harlem is that we’re able to preserve black culture and honor the contributions black writers and artists have made,” she says. “Establishing I, Too Arts Collective at the Langston Hughes House is one way to make sure our art, stories, and experiences are not erased.”

Through the hard work of the I, Too, Arts Collective, the Langston Hughes home will be available for future generations of poets and artists to learn more about his legacy and the Harlem Renaissance.