'Lake Success' by Gary Shteyngart, a Sad Romp Around America 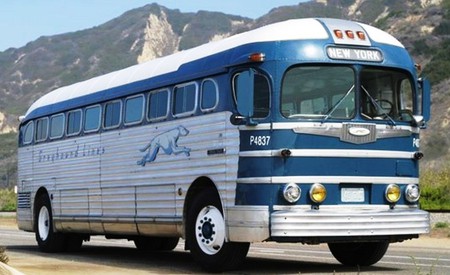 Lake Success is a blistering exploration of disconnection and displacement set against the growing threat of Trump’s presidency. As protagonist Barry Cohen rides America’s iconic Greyhound lines from New York City to La Jolla, California, his attempt to escape reality is as entertaining as it is disconcerting.

Gary Shteyngart’s Lake Success is an unsettling novel. Barry Cohen, a super-rich New York City hedge-fund manager, is on the verge of losing his wealth, his reputation and his family. Under pressure from the US government about insider trading, and struggling to cope with his son’s autism, he staggers into Port Authority Bus Terminal one night “visibly drunk and bleeding”. He begins a road trip around America, vaguely heading for El Paso, Texas, swapping luxurious private planes for urine-smelling Greyhound buses. He’s searching for Layla, his college sweetheart, and a new life, one without the complications of “2.4 billion dollars of assets under management” and his son’s unutterable “diagnosis”.

It’s HBO’s Billions meets Jack Kerouac’s On the Road, or, at least, that’s what Barry wants it to be. The text is loaded with allusions to the beat generation classic, Neal Cassady and Allen Ginsberg, and their decadent adventures – after all, Barry wanted to be a writer back in college. (He even named his fund This Side of Capital after F Scott Fitzgerald’s first novel.) But these parallels are no more than Barry’s romanticised delusions, cowardly rationalisations for abandoning his wife Seema and son Shiva in New York. In On the Road, the unruly clique are moving forward, whirling at breakneck speed toward the “next crazy venture beneath the skies”. Whereas Barry, heading west at the whim of his nostalgic fancies, wants to rewind time.

It is unsurprising that time plays such a significant role in the book, considering Shteyngart is a self-confessed watch geek. But watches – specifically Barry’s grotesquely large collection – emerge as a helpful, if laboured, vehicle to understand Barry’s human relationships. Watches, for Barry, are desirable because they can be controlled, paused and tinkered with – each cog serving a particular function to create the picture-perfect whole. But human relationships are messy and unpredictable, and not subject to the same technological logic as his precious Patek Philippe. He considers his son’s diagnosis an out-of-place cog rather than a reality to understand, treat and love. Though we root for Barry’s redemption as he traverses Baltimore, Atlanta, Phoenix and La Jolla, it is hard to respect a man so resigned from responsibility. 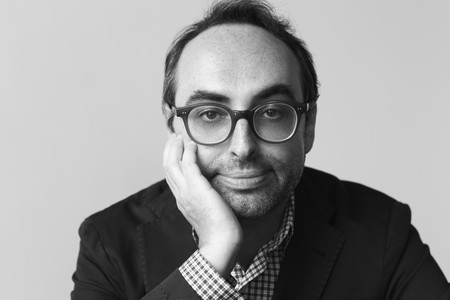 Back in New York, Seema begins an affair with a Guatemalan writer and struggles to cope with her son’s condition. She becomes the geographical and thematic anchor of the novel while Barry attempts to reignite a burnt-out love with Layla. Seema is concerned with problems of morality; her complicity in her family’s disarray; the taboo of her son’s autism; and the vacuous lifestyle her and her husband have led. Though she is by no means faultless, Seema is filled with a complexity and intrigue that Barry lacks, and a thoughtfulness that contrasts her husband’s foolhardy narcissism.

Meanwhile, everyone surrounding Seema in New York “continued to talk about Trump on autopilot”. With Trump’s presidential campaign gathering momentum, Seema – born to Indian immigrants – becomes increasingly despairing about her and her son’s future. Though Lake Success is not a story of migration (unlike Shteyngart’s first three novels, The Russian Debutante’s Handbook, Absurdistan and Super Sad True Love Story), human displacement emerges as its central energy. Perversely, Seema, Barry and Shiva are unified by their shared alienation.

Shteyngart’s writing is mercurial, fluctuating between the esoteric and the generic. Barry’s accidental aphorisms – “Nobody really had actual sex anymore since the Internet” – are the book’s wittiest lines. Equally entertaining are the shades of mocking irony in Shteyngart’s narrative: “It was like the whole of society was positioned to make sure Barry didn’t make money off anything.” They highlight Barry’s solipsistic childishness that is more disquieting than endearing, his own self-delusion acting as an obstacle to any kind of self-transformation.

Barry appears capable of love, but incapable of loving the people closest to him. His replacements change from one day to the next, whether it’s a young women on the Greyhound he wants to mentor or Layla’s son who he teaches to swim. But while watches – his primordial surrogates – may serve as inanimate replacements for human intimacy, they also prove vital objects to bridge gaps in understanding: it is a gold-plated Audemars Piguet watch that sparks a connection with a drug dealer in Baltimore; he spends a few happy days in Atlanta sharing his watch collection with Jeff Park, a former colleague.

Might the symbols of Barry’s disconnection emerge as the very agents of his recovery? Might they become a common language between him and his son? Shteyngart keeps us guessing long after the Greyhound’s engine has stopped rumbling.