When it comes to satire few are as lauded as Joseph Heller, the American novelist, short story writer and playwright who brought us such works of irony and black humor as Catch-22 and Something Happened. Vincent Wood looks at his life and work. 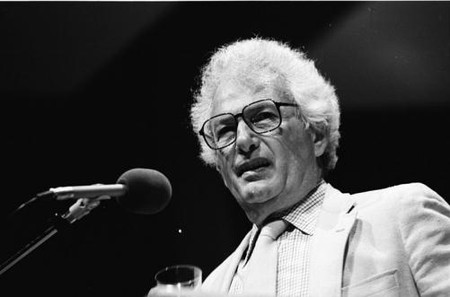 Born on Coney Island in Brooklyn, New York on May 1st 1923, Joseph Heller loved to write from a young age. As a teenager he wrote a story about the Russian invasion of Finland which he then sent off to New York Daily News only to be rejected. After leaving school he tried his hand at many jobs including a blacksmith’s apprentice, a messenger boy and a filing clerk before he joined the US Army Air Corps at 19 years of age.

Two years later Heller was sent to the Italian front where he flew around sixty missions as a B-25 bombardier. He later remembered the war as ‘fun in the beginning… You got the feeling that there was something glorious about it.’ When Heller returned from the war he claimed that he ‘felt like a hero… people think it quite remarkable that I was in combat in an airplane and I flew sixty missions even though I tell them that the missions were largely milk runs.’

After the war Heller returned to study English at the University of Southern California and NYU, and by 1949 he had received his M.A. in English from Columbia University. After graduating Heller went on to spend a year in England as a Fulbright Scholar at the University of Oxford. Returning to America, Heller began teaching composition at the Pennsylvania State University as well as dramatic writing at Yale. He eventually got a job at a small advertising agency as a copywriter. In 1948 Heller finally got a piece of his own work published when The Atlantic ran one of his short stories. 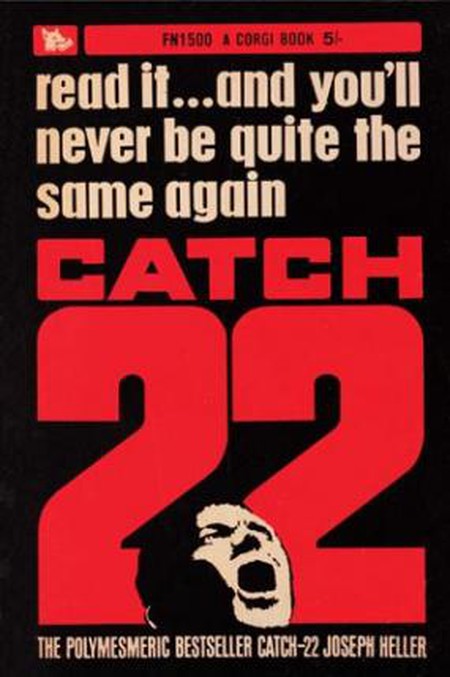 It wasn’t until 1953, however, that Heller started working on what was to become the timeless classic, Catch-22, when he thought of the opening lines ‘It was love at first sight. The first time he saw the chaplain, he fell madly in love with him.’ By the next day Heller had begun planning out the story which would follow those lines, and by the next week he had the first chapter of the novel. He didn’t write anymore of it until the next year whilst he planned his characters and the story. The initial chapter was published in 1955 as ‘Catch-18’, in Issue 7 of New World Writing.

The novel follows the fate of a group of airmen trying to avoid service and get back home safely and is considered one of the greatest pieces of post war satire. Just before publication, the novel’s title was changed to Catch-22 to avoid confusion with Leon Uris’s new novel, Mila 18. So iconic is the book that the phrase ‘Catch-22’ has now entered the English speaking lexicon as reference to a hopeless or pointless situation. Since its release in 1961 the book has gone on to sell over ten million copies worldwide.

Shortly after the publication of Catch-22 Heller came up with the idea for his next novel, Something Happened, but did not act on it for a couple of years, instead choosing to focus on scripts and plays. One such play, We Bombed New Haven of 1969, delivers a similar anti-war message to Catch-22 but this time in relation to the Vietnam war.

Something Happened was published in 1974 and was enthusiastically received by critics and the public alike but, like all of his other work, it never quite equaled the success of Catch-22. When told by an interviewer that he’d never been able to produce anything near as good as Catch-22 he famously replied in a typically acerbic manner saying ‘who has?’

In 1981 Heller was diagnosed with Guillain-Barré syndrome, a debilitating syndrome that was to leave him temporarily paralyzed. His struggle with, and eventual recovery from the illness were well documented in the autobiographical No Laughing Matter.

Heller died in December 1999 of a heart attack, but his work is still recognized as some of the most influential and best loved literature of all time. TIME placed Catch-22 in the top 100 English language modern novels, and The Observer listed it as one of the 100 greatest novels of all time.

Watch an Interview with Joseph Heller: