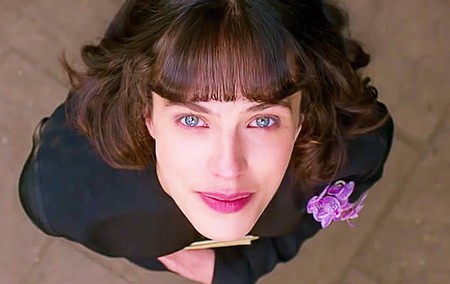 Four years after the premature demise of Downton Abbey‘s Lady Sybil, the actress who played her is flourishing.

Jessica Brown Findlay is currently starring in the personal growth rom-com This Beautiful Fantastic and as Ophelia in Hamlet in the West End. She also has an empowering glamorous role in Harlots, the Hulu drama series about warring brothels in 18th-century London. Then there’s her role in the Morrissey biopic. Here’s what she had to tell us.

Culture Trip: Can you describe the experience of playing Bella Brown, this initially passive, rather dreamy woman with OCD in This Beautiful Fantastic. It’s not a performance that allows you much physical activity, though she sometimes wanders off alone to give a primal scream.

Jessica Brown Findlay: What was so wonderful about playing Bella is that she is highly strung. She gives her life immense order but avoids expressing her emotions. But because they’re not overtly expressed, it doesn’t mean they’re not happening. That was the attraction really. It’s the complexity of being alive but not being able to express all the feelings you have, and about fitting in with others who might prefer you to express those feelings.

CT: As a result, you give a very interior, quiet performance for the most part. The camera just picks up your minimal expressions and small gestures and we’re left to figure out what Bella is going through. Did you feel restrained in the role?

JBF: No, because that’s who she is. It didn’t feel restrained. It just feels you’re being honest about who that person is. To go against that just wouldn’t be right for the character or the story.

CT: Alfie, Tom Wilkinson’s character, instructs her how to harvest the “beautiful chaos” of her garden. Do you think that’s a metaphor for interacting with other people?

JBF: That’s what she’s really been avoiding. She’s terrified of loss and being abandoned, and so she does what she can to avoid those two things happening. She does it by not interacting with people in the first place, but the people who gather her around her in the film enable her to rally.

CT: At a critical moment, Alfie tells Bella he sees something of his late wife in her. Their relationship becomes a sort of unspoken father-daughter relationship, doesn’t it?

JBF: It definitely is, though not knowingly. Here are two people who have lost people that they have loved and so they come together. It was wonderful working with Tom. He was so brilliant and kind and really good fun, actually. 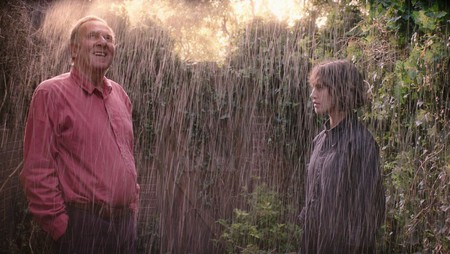 With Tom Wilkinson in ‘This Beautiful Fantastic’ | © The Samuel Goldwyn Company

CT: And if this movie is a kind of a fairytale, I guess the head librarian, played by Anna Chancellor, is a kind of evil stepmother?

JBF: Yes, it’s a heightened work, and it really has those elements in it. I think, that’s what puts the spring in its step. And everyone has their quirks.

CT: The film has been compared with Amelie. I wondered if you might find that annoying?

JBF: I wouldn’t find that annoying at all!
CT: Was it one of those films that helped you grow as an actress?

JBF: I was doing a play [Uncle Vanya, in which she played Sonya] at the same I was doing the film, so I suppose the challenge was putting the concentration and commitment into playing two characters at the same time.

CT: In England Is Mine, you play Morrissey’s friend Linder Sterling, who was a visionary figure on the Manchester punk scene—and who wore a meat dress years before Lady Gaga did. She must have been exciting to play.

JBF: It was a really exciting journey, a wonderful job. It was exhilarating looking at her work. She was an artist, a feminist, an influence on so many people. Brilliant. But the main thing going on in the film is her friendship with Morrissey. The story ends at the very beginning of The Smiths. It’s less “Morrissey” and more “Steven.”

CT: Did you meet Linder or Morrissey?

JBF: No! [laughs]
CT: OK. And now you’re playing Ophelia, with Andrew [Scott] as your Hamlet, at the Almeida in London. You must be happy with where your career is right now?

JBF: It’s really exciting being on stage, which is why I became an actor. Over the last year and a half, I’ve done three plays and then got back to do films and the TV series Harlots, and you just acquire a wealth of knowledge. You push yourself to stay scared and on edge—it’s great! 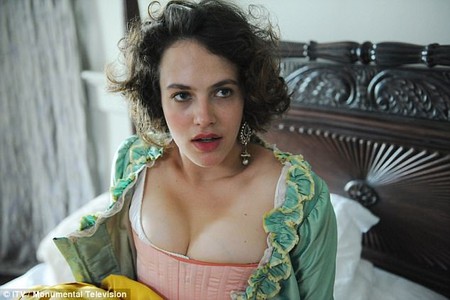 CT: In Harlots, you play the most coveted courtesan in Georgian London. The majority of prostitutes in that era experienced poverty, violence, and disease. I wondered if you were able to make something more positive out of your character, as someone who’s perhaps more in control of her life?

JBF: Yes! These women were in constant change and flux. A prostitute could be on top of the world and in control and able to be independent, but then her whole world could be turned on its head. And because of the illegal status of what they were doing, there wasn’t any protection. They were very vulnerable because nothing was set in stone. But it is a very exciting piece that looks at female agency and survival, and about how these women were able to have property and to exert rights over their own bodies.

This Beautiful Fantastic is currently on release in the US. Harlots premieres on ITV Encore in the UK on March 27 and on Hulu in the US on March 29. 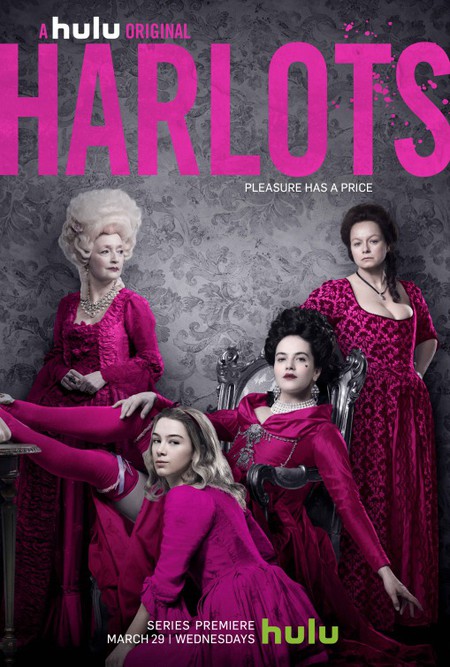