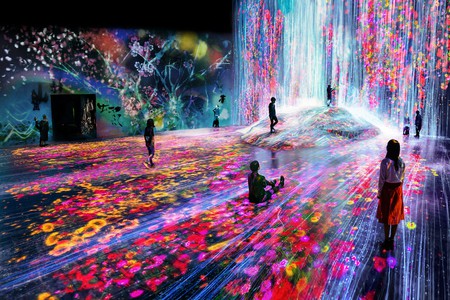 Kaleidoscopic digital installations by teamLab are coming to Brooklyn’s Industry City in summer 2019. 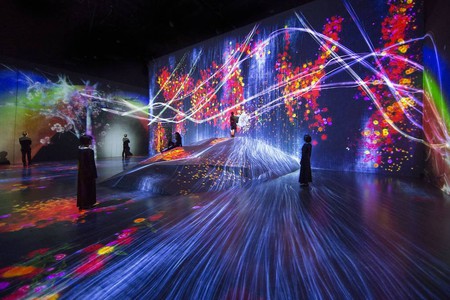 Comprised of a multidisciplinary team of engineers, animators and designers, teamLab creates interactive and immersive scenes that imbue striking visual worlds with cutting-edge digital technologies. At the forefront of a revolutionary high-tech artform, teamLab has entranced the industry and cultivated an international fanbase since its founding in 2001, all the way to its permanent digital art museum on Tokyo’s Odaiba island.

teamLab is represented by Pace Gallery, which organized its first US showcase in New York. The Brooklyn exhibition will incorporate some of the installations on view at the exhibition titled teamLab Planets TOKYO, including Floating in the Falling Universe of Flowers.

Before entering Planets, visitors are required to remove their shoes in the Japanese fashion. Through a dark maze of rooms, bursts of colorful light projections are triggered by motion sensors. Floating in the Falling Universe of Flowers employs digital light projects and mirrors to create the illusion that participants are immersed in a flurry of cherry blossoms. 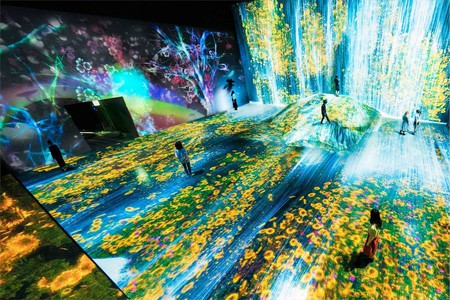 “When we built this, we imagined it would show guests that time never stops,” teamLab’s creative officer Takumi Nomoto told Bloomberg. “But just like stars, or flowers in this case, we humans don’t live forever and life is so precious.”

The last American exhibition of teamLab installations occupied Pace Gallery’s space in Palo Alto and, according to artnet News, accommodated nearly 200,000 visitors between February and December 2016. Commercial Observer reported that teamLab signed an 11-year lease for a 55,000 sq ft space on the ground floor and mezzanine of Industry City Building 7.