In the midst of the Montgomery Bus Boycott of 1950’s Alabama, civil rights activist Dr. Martin Luther King, Jr. gave a riveting speech on race in the United States. It was these words that a young Jack Whitten, then a pre-medical student at Tuskegee Institute, took to heart, using Dr. King’s vision of a changed America as inspiration for what would later become his famed paintings. We take a closer look at the life and works of American artist Jack Whitten.

Born in Bessemer, Alabama in 1939, Jack Whitten grew up acutely aware of racial tensions in America. He eventually abandoned Tuskegee and his pre-med aspirations for Southern University in Baton Rouge, Louisiana to study art. Whitten became heavily involved in the civil rights movement there, but frustrated by the area’s resistance to progressive change, he eventually relocated to New York City in 1960, where he graduated from Cooper Union with a BFA in 1964. Though his formal education had concluded, his career as an artist was just taking off. Montgomery may have been his political awakening, but the New York metropolis was his playground. 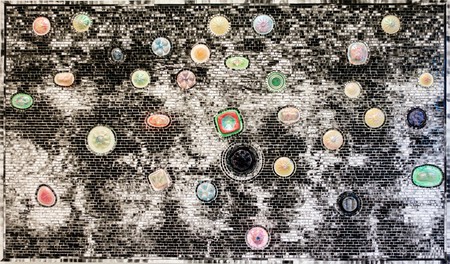 Whitten soon found himself immersed in the art scene of 1960’s New York, which was largely dominated by the Abstract Expressionism of Jackson Pollock and Willem de Kooning. Influenced by both the German Bauhaus movement and Abstract Expressionism, it was after an encounter with de Kooning himself that Whitten decided to lean towards the latter, trying his hand at the vivid gestural painting so resonant of this movement’s aesthetic. And though his influences were wide and varied, Whitten still managed to create a form of abstraction entirely his own, as demonstrated in his paintings of the 1970s. 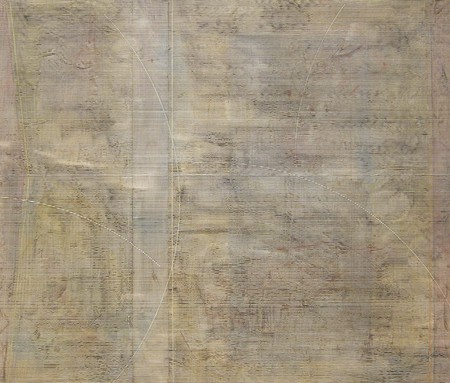 During the 1970s, Whitten’s work was primarily governed (in the words of the artist himself) by the process of photography. As Whitten described it, ‘What happens in a camera when you set the f-stop and a small amount of light comes through and places itself on a sensitive plate.’ Speed, central to abstract thought, was pivotal during this period. In a series of works referred to as ‘energy fields’, Whitten painted expanses of color on his canvases using everything from Afro combs to squeegees to rakes. These tools were often handmade, and the rakes were as wide as 12 feet so that he could cover the entire canvas in a single, swift gesture. This method exemplifies Whitten’s enduring interest in capturing the temporal to hint at the eternal. Many of these resulting works were included in the Whitney Museum of American Art’s 1972 solo exhibition of his paintings, a landmark for Whitten as an artist. 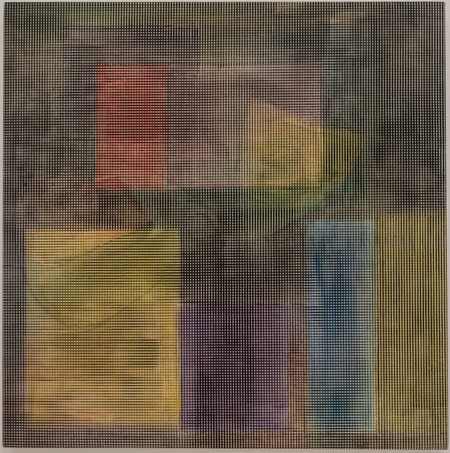 In the 1980s, Whitten transitioned to a new form of experimentation. His pieces of this period dealt primarily with paint as a metaphor for skin. Whitten cast acrylics as these ‘skins’, and used them as materials for collages, layering them with various imprints to create thick compositions. More recently, however, Whitten has attempted a series of makeshift mosaics, creating paint tiles and sticking them to the canvas, a commentary on the deconstruction of paint and the act of painting itself. With the advent of technology, Whitten has also demonstrated an interest in integrating devices for tracking and labeling, such as bar codes and apps, into his work. 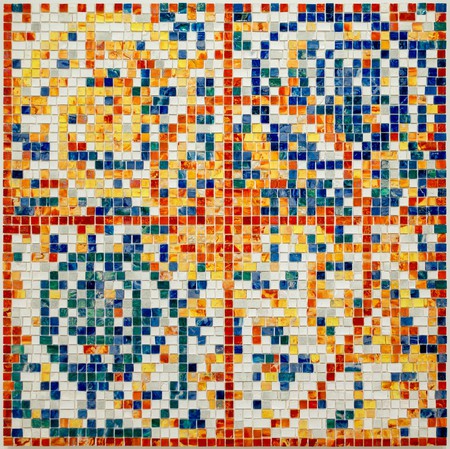 Though Whitten’s methods and aesthetic have metamorphosed throughout the decades, his themes have remained consistent: memorials of deceased friends and family members or meditations on social issues, such as race, abound. References to the Civil Rights Movement and the Vietnam War permeate many of his paintings, and it’s evident that he ruminates on these memories even today; his memorials to Dr. King from the 1960s were unofficially continued in his 2006 response to 9/11, 9-11-2001. He explored misfortune further through his 2013 Sandbox: For the Children of Sandyhook, his answer to the Sandy Hook Elementary School shooting. For Whitten, art is not only a means of exploring mediums and materials but also a way to remember the past while reflecting on the (the often tragic) present.

After all, in Whitten’s words, ‘I see art as the only hope we have left. I don’t see it in religion or politics. If we as artists can’t take advantage of it, who can?’

A prospective Comparative Literature major at Princeton University, Taylor Kang, when not fretting about all the languages she wants to learn, can often be found perusing The Paris Review or listening not-so-secretly to Lana Del Rey.