In Carroll Gardens, A Restaurant Operated by Refugees 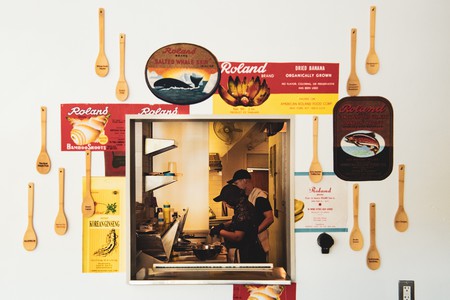 After a successful stint as a small café catering to neighborhood locals in Red Hook, Brooklyn, Emma’s Torch has opened a little further north in Carroll Gardens, with the same steadfast mission: to provide refugees with back-of-the-house culinary training, ESL classes, and interview prep, with the guarantee of landing a steady job in the culinary world.

For refugees and immigrants coming to the states, it’s often difficult to find a job—especially when searching for one is coupled with maneuvering language barriers and foreign customs.

Discussing these obstacles, and working out how to move past them, is a “new conversation for many of them,” Kerry Brodie, founder of Emma’s Torch, explains. “They’re often told, ‘Let’s get you a job, any job.’”

But Emma’s Torch, a nonprofit organization and restaurant named after both the Statue of Liberty and poet Emma Lazarus (whose words can be found carved into the statue), seeks to change that rhetoric by providing a safe space for transplants to learn new skills. 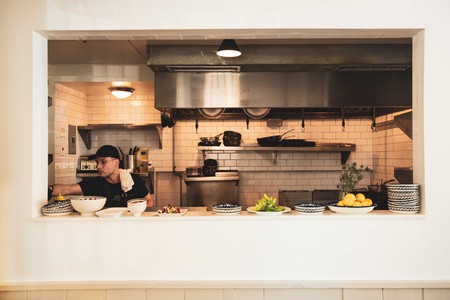 Before opening Emma’s Torch, Brodie had previously pursued a career in public policy, working directly with refugees and asylees. But she had long been toying with the idea of combining her passion for cooking with her human-rights work.

“In the back of my head I had this idea. I love to cook, and some of my fondest memories are cooking with my mother and grandmother,” Brodie says. “Isn’t that a universally human experience: having these memories of cooking, of sharing meals? Couldn’t we use that to promote social change?”

So she quit her job at the Human Rights Campaign, enrolled in culinary school, and teamed up with Alexander Harris, who serves as the restaurant’s culinary director. The two worked together, crafting an apprenticeship program geared towards refugees, asylees, and survivors of human trafficking. In this paid, two-month program, students engage in a wide breadth of kitchen training and language classes intended to prepare them for the restaurant world.

For those seeking to apply to the program, Brodie and Harris search for prospective students with an obvious devotion to food. 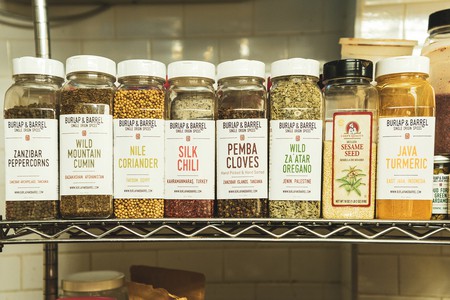 “Alex [Harris] is looking for a love for culinary,” Brodie explains about the application process. “He can teach you how to hold a knife, he can teach you the fundamentals, but that passion—that willingness to work—that’s the unteachable.”

Upon completion of the program, Emma’s Torch connects grads with jobs in NYC at a growing roster of affiliate restaurant partners, including places like Little Park and Dizengoff.

But what’s perhaps even more exciting about a place like Emma’s Torch is the kind of food that the public gets to experience. The menu leans toward the terroir of the United States (think herb-roasted chicken and grilled summer squash flush with roasted peppers and crumbled feta), allowing the students in the kitchen to become intimate with the ingredients of their new home. Yet the menu is also inherently influenced by the many countries where the students come from; warm toufayan pita is dipped in black-eyed pea hummus, swirled with tahini and dried chiles, and a lima bean ragout, dotted with amba and mint, is crowned with a shawarma-spiced lamb shank. 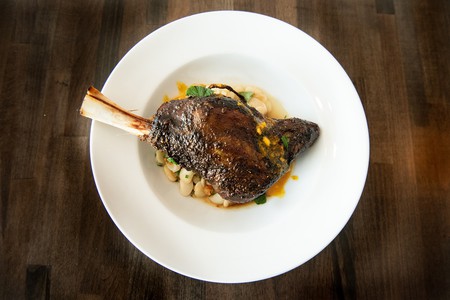 Yet despite this poignantly curated worldwide menu, most diners who stumble upon Emma’s Torch are wholly unaware that refugees are behind the food on their plate. “We’re very excited to share that with them, actually; that the delicious food [they] just ate was created by our students,” Brodie says, who often points customers towards the mission statement, pasted in the front window, to learn more about the organization.

And even with the rocky political climate, Brodie remains resolute in her mission.

“Emma’s Torch is a corner where what America’s supposed to be—what makes us great—can thrive,” she says. “Our kitchen has always been informed by different cultures and different backgrounds coming together, and Emma’s Torch is a way of reminding people that that matters—that’s an asset we have as a country and one we should keep fighting for.”