How To Spend 24 Hours in Chelsea, NYC 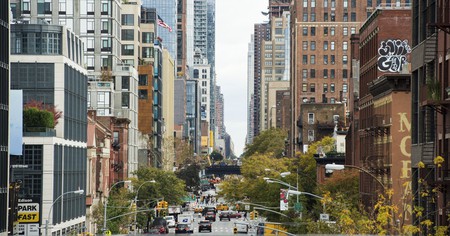 Chelsea is the art hub of Manhattan and is home to more than 300 galleries, including Pace, David Zwirner and Gagosian. It also houses famed cultural and arts institutions, such as the Rubin Museum of Art and The Joyce Theater, so there’s plenty to do in this vibrant neighborhood located along the Hudson River.

If you’ve spent the night in one of the neighborhood’s glamorous hotels like The High Line Hotel, you’ll wake up to views of the High Line, the Hudson River and the tree-lined streets dotted with beautiful brownstones. 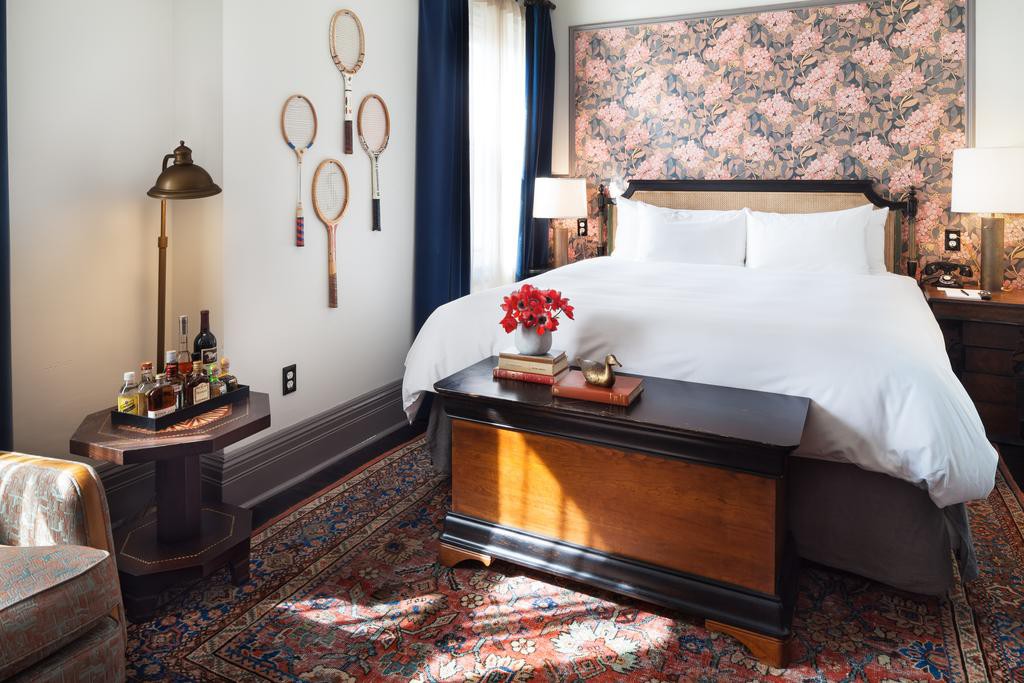 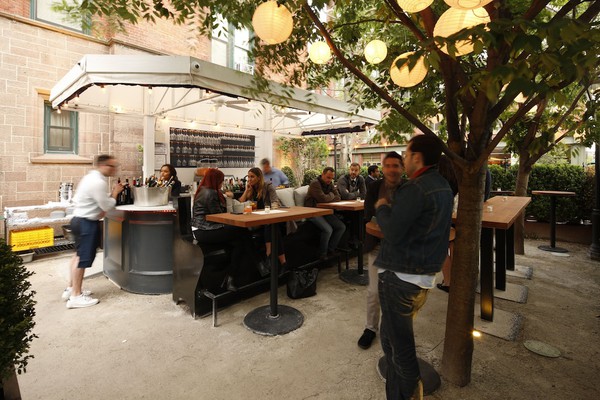 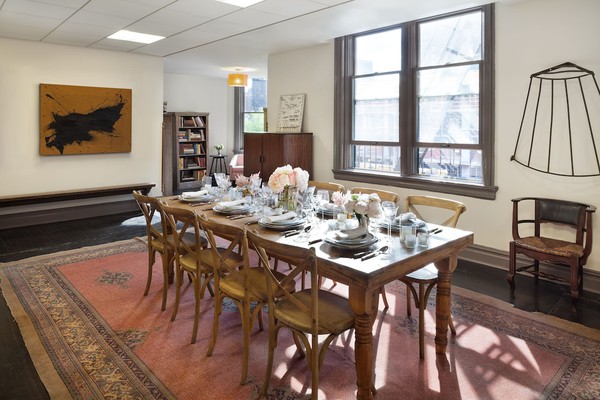 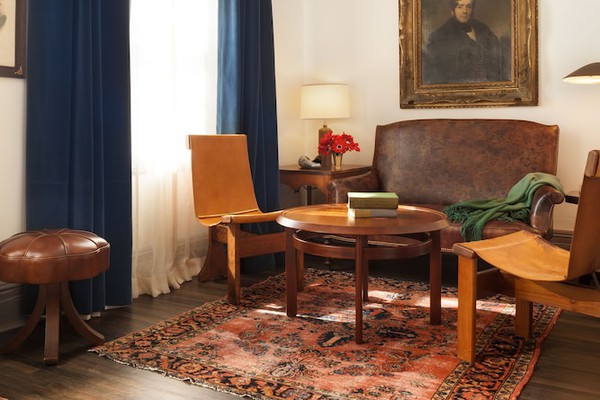 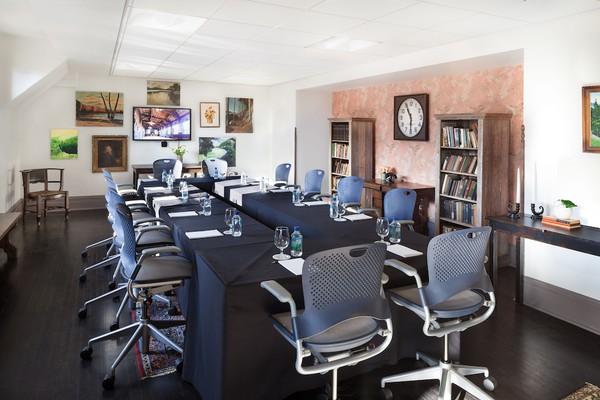 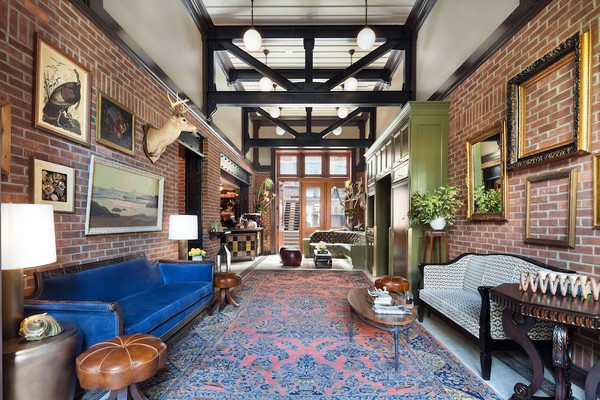 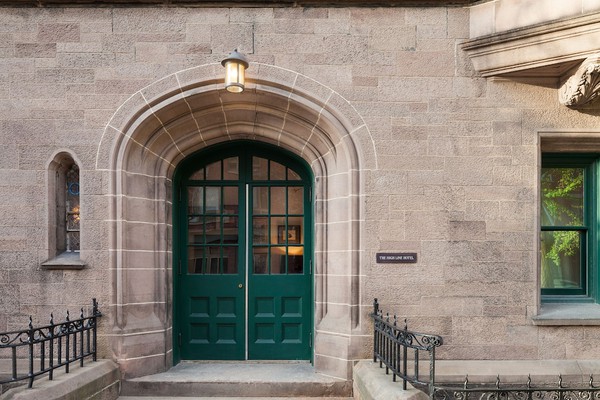 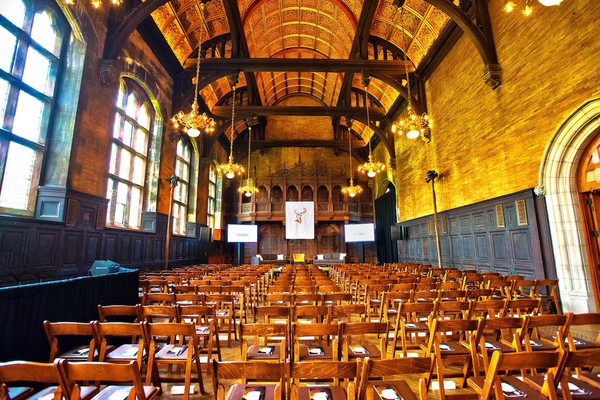 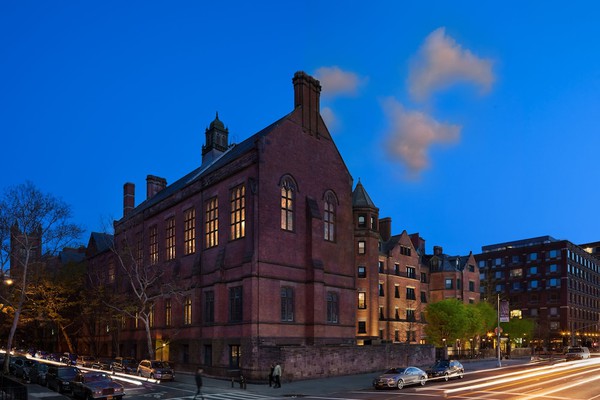 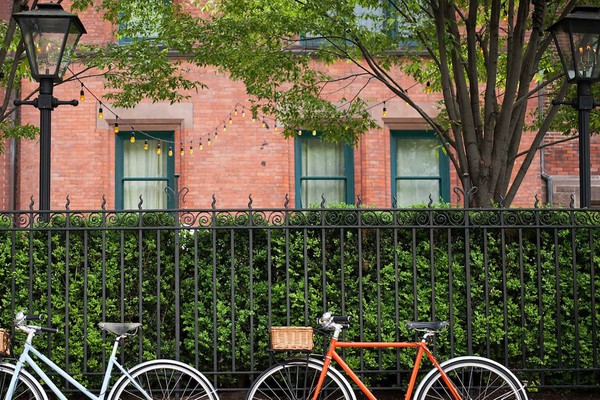 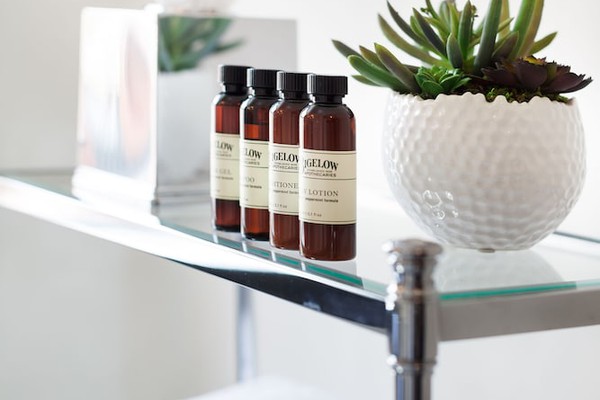 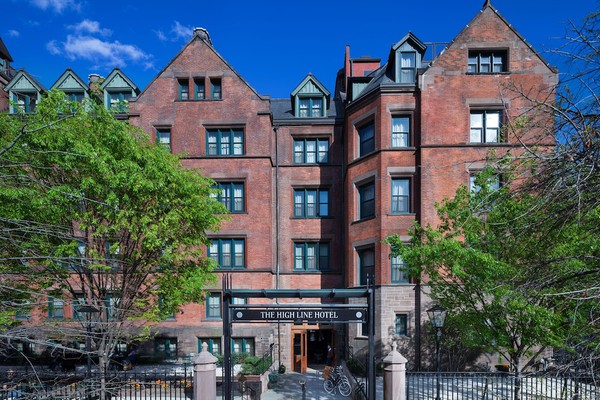 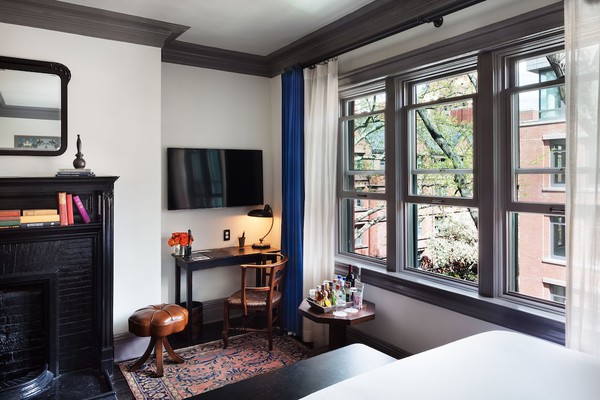 The High Line Hotel is named after the nearby and very popular elevated park, the High Line. This luxury hotel, which is featured in annual ‘best of’ lists by various publications and websites, offers 60 rooms designed to evoke a bygone area, each featuring tons of light, hardwood floors and locally sourced furniture. Gaze out the large windows for views of the High Line or the hotel’s private garden. Traveling with your furry companion? No worries: The High Line Hotel is dog-friendly, welcoming pooches of all shapes and sizes. According to the hotel’s website, it has even had a cat come spend the night.

You’d be remiss not to spend your morning eating breakfast or brunch, the perfect preparation for a long day of touring the area. Chelsea offers plenty of breakfast options, but Cookshop is one of the best.

Restaurant, American, $$$
Facebook
Email
Twitter
Pinterest
Copy link
Share
Map View
Cookshop owners Vicki Freeman and Chris Paraskevaides, along with chef Marc Meyer, take pride in bringing an honest and seasonal dining option to New York City. Breakfast is on offer from 8am to 11am during the week, while brunch is available 10am to 4pm on weekends. Enjoy brioche French toast, huevos rancheros or gluten-free almond pancakes to kick-start your day. Brunch cocktails, including four styles of bloody mary, range from $12 to $16.
Open In Google Maps
156 10th Avenue, Manhattan New York, New York, 10011, USA
+12129244440
Visit Website
Give us feedback

Now that you’ve fueled up, it’s time to start exploring. First, head west toward the High Line. Afterwards, it would be sacrilege not to visit a gallery, theater or museum while you’re in Chelsea, so do that as well. Afterwards, you can stop by the famed Chelsea Market for lunch. 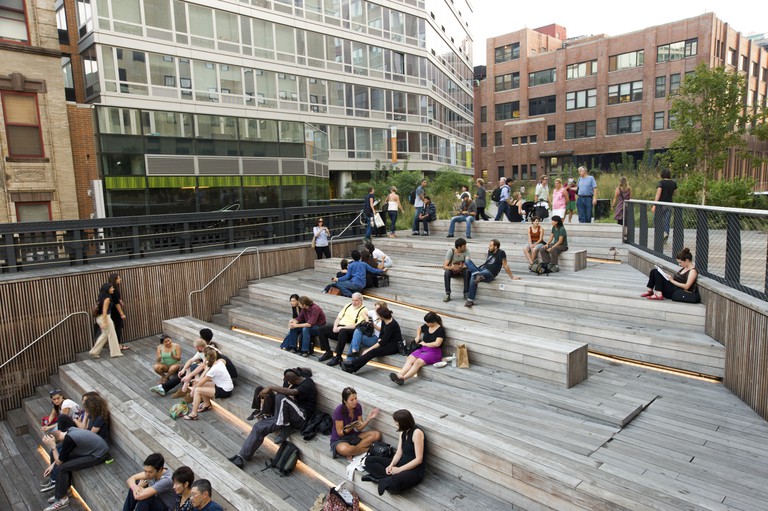 © Andrea Zangrilli / Alamy Stock Photo
Book Now
The High Line, not to be confused with the aforementioned High Line Hotel, is an elevated park along the west side of New York City. Built on a former railway, this public park is one of the city’s most popular, offering ever-changing art, vendors and activities among gardens and unique design. Opened in 2009, this hybrid space is perfect for an afternoon stroll to see the city from a unique perspective.
Open In Google Maps
Manhattan New York, New York, 10011, USA
+12125006035
Visit Website
Give us feedback 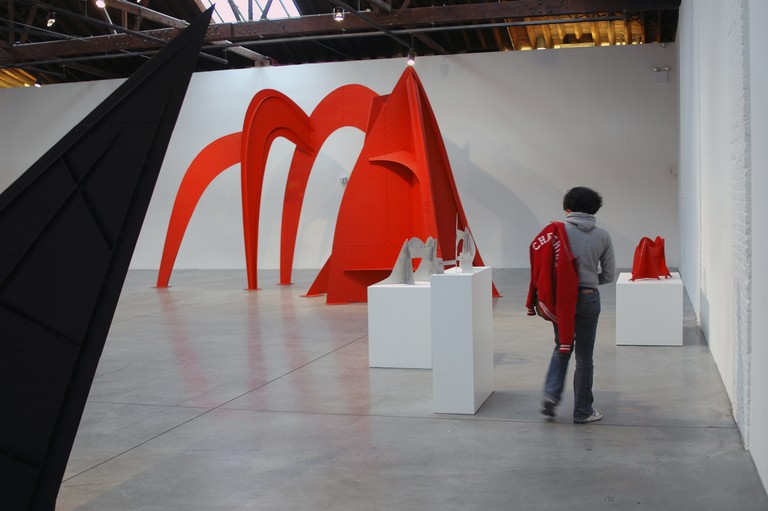 Pace Gallery has featured pieces by artists such as Alexander Calder | © Kokyat Choong / Alamy Stock Photo
Pace Gallery has been home to innovative contemporary art for more than 50 years. Originally founded in Boston in 1960, Pace moved to New York City in 1963, and there are now three galleries in the Big Apple. It has continued to expand to London, Beijing, Hong Kong, Seoul and more. It is a must-visit for all art lovers in NYC.
Open In Google Maps
540 West 25th Street, Manhattan New York, New York, 10001, USA
+12124213292
Visit Website
Give us feedback 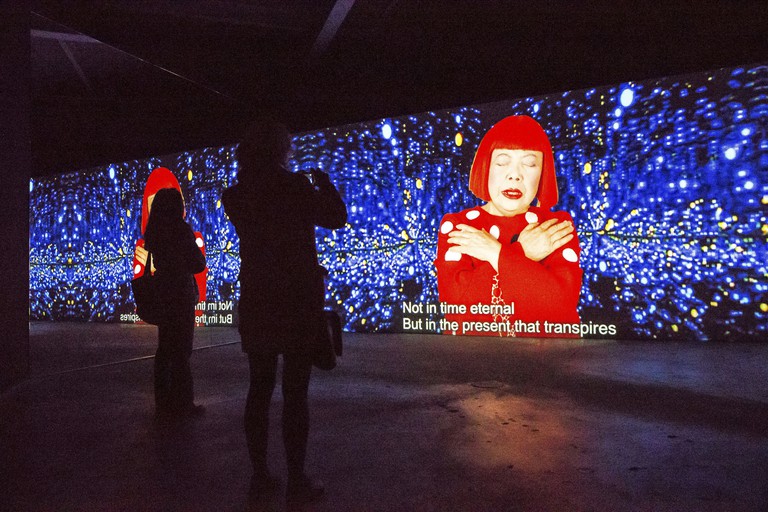 ‘I Who Have Arrived in Heaven’ by Yayoi Kusama was the inaugural exhibition at the David Zwirner Gallery in 2013 | © Scott Houston / Alamy Stock Photo
Another must-visit contemporary art gallery, David Zwirner has three locations in New York City. The first opened in SoHo in 1993, but relocated to West 19th Street in Chelsea in 2002. David Zwirner will launch his fifth space in NYC (and seventh worldwide) by autumn 2020; the new five-story gallery on the corner of West 21st Street is set to be Zwirner’s new headquarters. Artists including Joan Mitchell, William Eggleston, Marcel Dzama and Yayoi Kusama can be found at Zwirner.
Open In Google Maps
525 West 19th Street, Manhattan New York, New York, 10011, USA
+12127272070
Visit Website
Give us feedback 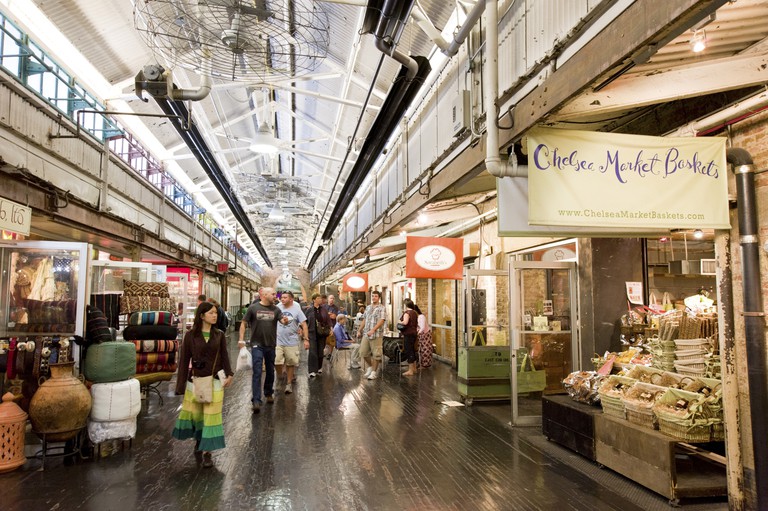 Chelsea Market is a great place to do a spot of shopping | © Alex Segre / Alamy Stock Photo
Chelsea Market is a food hall, shopping mall, office building and TV production facility all rolled into one. A block long and a block wide, this space is one of the greatest indoor food halls in the world, offering goods and services from approximately 40 vendors, including Artists & Fleas, Doughnuttery, Los Tacos No. 1, The Nut Box and more. Chelsea Market attracts six million visitors each year.
Open In Google Maps
75 9th Avenue, Manhattan New York, New York, 10011, USA
+12126522111
Visit Website
Give us feedback

After a quick regroup and recharge at the hotel, it’s time for dinner and some entertainment. Enjoy a late-night cocktail to cap off a glorious day.

‘Sleep No More’ at The McKittrick Hotel 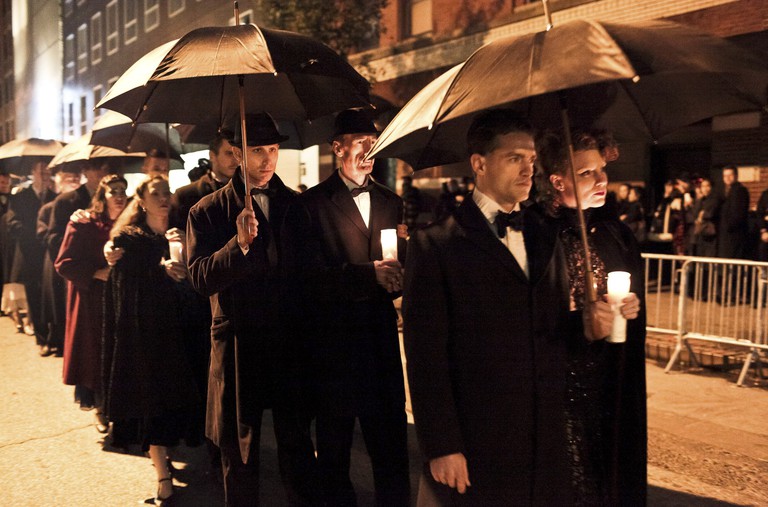 ‘Sleep No More’ is an interactive adaptation of Shakespeare’s ‘Macbeth’ | © Matteo Prandoni / BFA / REX / Shutterstock
Visit The McKittrick Hotel for its interactive adaptation of Shakespeare’s Macbeth called Sleep No More. Utilizing dance, time and space, this award-winning retelling gives audience members an interactive experience, rather than the traditional theater performance most are accustomed to. The audience walks around the multi-story hotel to witness scenes as the play unfolds before their eyes.
Open In Google Maps
530 West 27th Street, Manhattan New York, New York, 10001, USA
+12129041880
Visit Website
Give us feedback

Bar, Cafe, American, $$$
Facebook
Email
Twitter
Pinterest
Copy link
Share
Map View
Gin was one of the more popular drinks consumed around the United States during Prohibition . Bootleggers would make gin in bathtubs and serve it in hidden speakeasies to avoid the law. Bathtub Gin celebrates this bygone era. This speakeasy-themed bar and performance venue features a hidden entrance and an assortment of gin-based cocktails. There is live jazz on Mondays, burlesque on Tuesdays and Sundays, and DJs on Thursdays, Fridays and Saturdays. There is a bathtub in the middle of the floor that is featured in many an Instagram post.
Open In Google Maps
132 9th Avenue, Manhattan New York, New York, 10011, USA
+16465591671
Visit Website
Give us feedback
Give us feedback