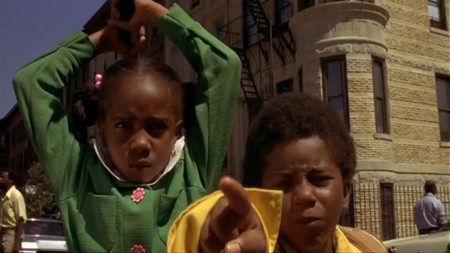 The landmark coming-of-age drama is screening this Friday and Monday at Manhattan’s Metrograph. Residents of Bedford-Stuyvesant in Brooklyn will understand if we say you should “do or die” to get tickets.

Crooklyn (1994) is a jumble of dissonant moods. On one hand, Spike Lee’s eighth feature is a noisy, messy, and infectious Brooklyn street film; on the other, it is a dreamy and wistful memoir—but one that’s never overtly sentimental.

It is filtered primarily through the reminiscences of Joie Lee, who scripted the story—with older brother Spike and younger brother Cinqué—about growing up in pre-gentrification 1970s Bedford-Stuyvesant.

Alfre Woodard’s anchoring performance in the latter role paid homage to the Lees’ mother, Jacquelyn, who died of cancer in 1977. It was she who infused her children with a love of the arts, and also with resilience: the fabled “Bed-Stuy Do or Die” attitude the neighborhood was proud to own before it was infiltrated by crack culture and violence in the mid-1980s. 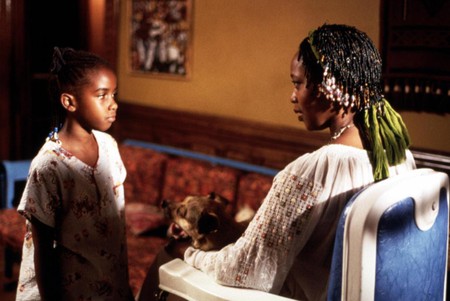 Revelatory in its warmth and exuberance, Crooklyn altered perceptions about Lee as a filmmaker whose default mode had been anger, and who had been criticized for depicting women primarily in terms of their sexuality. His harnessing of visual stratagems to evoke the sensory experience of his little-girl heroine revealed a tender empathy.

First, when Troy flees in one of her dreams from a pair of neighborhood bullies who want to make her sniff glue, she is carried into the air by one of Lee’s finest “double dolly” shots (which create the illusion of static characters moving).

Second, when Troy stays with her aunt and cousin in Virginia, everything appears compressed and elongated to her (an affect achieved by Lee’s deliberate use of the wrong aspect ratio). Critics who complained that Lee was distorting reality were being overly literal: the world does lose shape when we feel anxious or alienated. 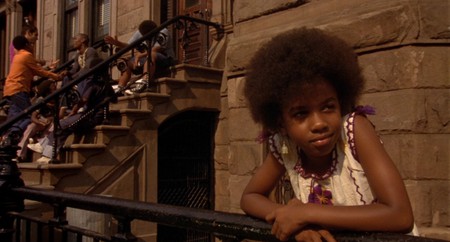 Present anxieties meanwhile steer us to past comforts. Crooklyn evokes nostalgia for the Bed-Stuy of crowded brownstone stoops, for water hydrants broken open to beat the heat, and for street games like hopscotch and jump-rope.

It commemorates a kid sister trading her brother’s prized buffalo nickels for ice cream, family evenings in front of The Partridge Family, and a towering black woman (RuPaul) with a blonde Afro dancing with a short Puerto Rican guy in a bodega to the Joe Cuba Sextet’s “El Pito (I’ll Never Go Back to Georgia.”

Those were the days, Crooklyn proclaims. They were the Lee family’s equivalent of what the poet A.E. Housman, thinking of pastoral England, called “the land of lost content…the happy highways where I went/And cannot come again.” It was obviously possible, in the 1970s, to walk such highways in inner-city Brooklyn.

Crooklyn is screening at Metrograph at 7 p.m., Friday, June 9, and 8:30 p.m., Monday, June 12, in a program of six films inspired by the publication of Brandon Harris’s first book Making Rent in Bed-Stuy: A Memoir of Trying to Make It in New York City. Harris will introduce Friday’s screening and sign copies of the book afterward.