History Of The Selfie: A Photo Phenomenon 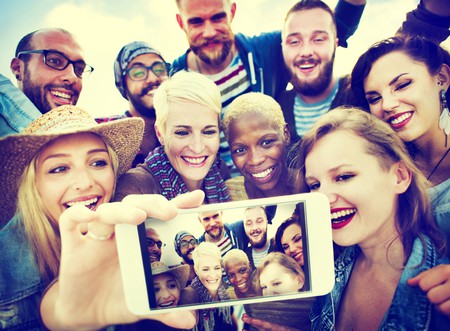 Although the term ‘selfie’ has only become standard nomenclature in the last few years, the subject matter has been common for hundreds. We explore the history of the term ‘selfie’ as well as some of the images synonymous with the craze below.

In November 2013, the word ‘selfie’ beat out the words ‘twerk’ and ‘bitcoin’ to become the Oxford English Dictionary’s much-coveted ‘Word of the Year‘. The term is defined as: ‘a photograph that one has taken of oneself, typically with a smartphone or webcam and uploaded to a social media website’. The dictionary cites the origin of the word as 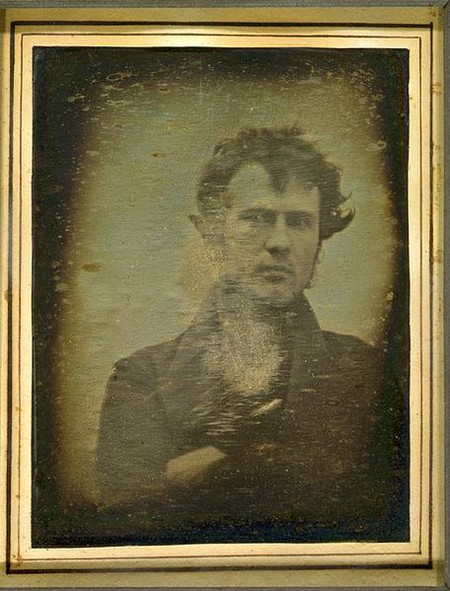 Australian. The first use of the term was on a public forum in September 2002. An Australian man took a photo of his torn lip after a drunken night out and was seeking advice about the stitches that he had just received. The man’s identity has remained a mystery, and he is surely missing out on much fame or notoriety. Many linguists have analyzed the term and believe that it is very typical of the Australian language to shorten words and end them with (ie); other examples include barbie for barbecue, firie for firefighter, postie for postman and tinnie for a can of beer.

The selfies of today are not the same as the first experiments with self-portraiture at the beginning of photography. The first selfie (referred to as a self-portrait at the time) has been credited to Robert Cornelius in 1839. Cornelius, credited as one of the American pioneers of photography produced a daguerreotype of himself. The pace was much slower at this time; he had to uncover the lens, run into the shot, hold his pose between three and fifteen minutes and then replace the lens cap again. Once the daguerreotype was processed he wrote, ‘The first light picture ever taken, 1839’ on the back. Cornelius went on to open a photography shop in Philadelphia, thought to be one of the first stores devoted to photography in the United States. After the portrait was taken the medium and subsequent subject matter took off. In 1914, Grand Duchess Anastasia Nikolaevna of Russia took a picture of herself in front of a mirror to send to a friend, becoming one of the first teenagers to take their own picture.

The first image taken in the same process as today, with the photographer holding the camera at arm’s length, was in December 1920. The five men who took the photo were the main photographers of the Byron Company, a photography studio founded in Manhattan in 1892 and still in business today. Another man took a photograph of the men documenting the momentous occasion. The image shows the five men standing on the roof of the Marceau Studio holding an antediluvian analog camera that was so heavy it required two of the men to hold it up. The photographs are part of 23,000 prints from the Byron Company that have been digitized as part of the Museum of the City of New York’s digital collection.

There have been many new inventions and improvements to photography that increased its proliferation into mainstream society. The availability of self-timers in the late 1880s allowed for an ease for creating self-portraits, since it gave five to ten seconds for the subject to position themselves in the shot. The launch of the portable Kodak Brownie Box camera in 1900 led to self-portraiture becoming a widespread technique. When instant cameras, such as the Polaroid became more affordable in the 1970s it encouraged photographers to take more self-portraits since the camera was very light, allowing it to be casually held at arms length and provided instant gratification. The proliferation of smartphones is responsible for the accessibility of cameras to the general public. The release of the Sony Ericsson Z1010 mobile phone in 2003 introduced the front-facing camera, which allowed for the easiest selfie-taking to date. In 2015, the Selfie Stick was invented, which allows for more of the background and additional people to be included in the composition. 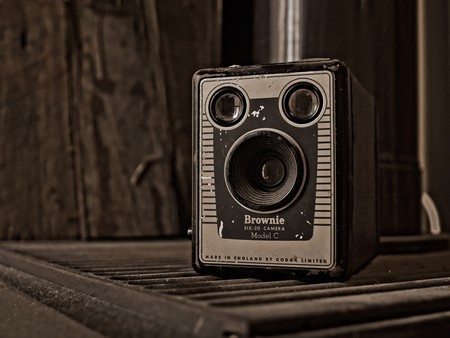 While the scale of sharing images is a bi-product of the Internet age, the concept of spreading images is not new. The 1860s showed a massive popularity for the sharing of Carte de Visite (little photo cards) amongst friends and visitors. In 2016, the scale of images being shared on social media on a daily basis is truly astounding and sets it apart from any other trend. A search on Instagram retrieves almost 270,000,000 images uploaded with #selfie. A selfie taken by Ellen Degeneres during the 86thAcademy Awards broke the record of most re-tweeted image, being shared more than 2,000,000 times before the ceremony was over and causing Twitter to collapse for a short time. 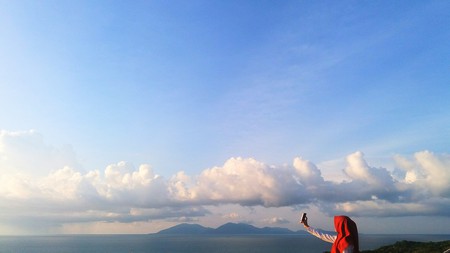 The photography trend has sparked philosophical debates and headline news over the character of those willing to take and share images on social media seemingly at any location, any time, and at any cost. In March 2014, the first known selfie-related death occurred when a man electrocuted himself on top of a train. Due to the increased concern of death or serious injury while attempting to take selfies, Russia released a ‘Selfie Safety Guide‘ in 2015. A selfie that Barack Obama took during Nelson Mandela’s memorial sparked headline news and outrage across party lines. Documenting death or violence is nothing new, but Weegee received critical acclaim for his images of crime in the 1930s, but the inclusion of the photographer in the image leads the general public to believe it is done in poor taste.

Whether or not the public can agree on the validity of these images as an art form, it is safe to say that the selfie is changing the landscape of imagery and how people communicate with each other. A new genre of art is rare, but when one comes about it is hard not to recognize it.