The History of the New York Egg Cream, and Where to Find One Today 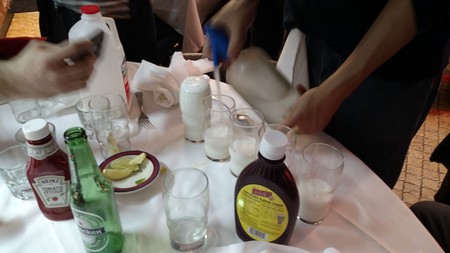 Everyone knows about the Brooklyn Bridge and the Statue of Liberty, but it takes a die-hard New Yorker to know about egg cream. A bit of a misnomer, the egg cream contains neither eggs nor cream. Instead, the fizzy drink is made up of milk, seltzer, and chocolate syrup (purists insist that the chocolate syrup be Fox’s U-Bet Chocolate Syrup). 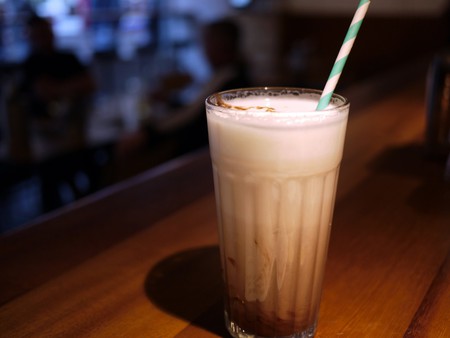 The drink dates back to the 1880s when Yiddish theatre star Boris Thomashevsky was at a soda fountain and asked to recreate a drink called a chocolate et crème that he remembered from his travels to Paris.

The drink was initially only produced in New York, primarily at Brooklyn soda fountains. When manufacturers tried to bottle it for shipping, the cream, chocolate, and soda tended to separate, which made for a rather unappetizing-looking mixture. When pasteurized, it ruined the taste. With advances in food technology, egg creams are now bottled (traditionally in glass bottles) and distributed by a few small producers.

Louis Auster is credited with popularizing the egg cream at his Brooklyn candy shop in the early 1900s. He sold a reported 3,000 egg creams every day until the store closed.

Rumor has it that a national ice cream chain approached Auster about buying the rights to the egg cream for far less than it was worth. When Auster turned the company down, one of the executives allegedly called the Jewish shop owner by an ethnic slur. Auster vowed from that moment to take the secret to his egg cream recipe to his grave, and he did. Auster never revealed the origin of the name, either, which has perplexed many a New Yorker and food historian ever since.

Egg creams were once so synonymous with Brooklyn that borough author Elliot Willensky once wrote that “a candy store minus an egg cream, in Brooklyn at least, was as difficult to conceive of as the Earth without gravity.” For those looking to try an egg cream in the most natural setting, the drink can still be had in Brooklyn. GrubStreet voted Juliana’s Pizza as the best purveyor in New York City, but numerous other options abound, as well.