The Little-known History Of Grant's Tomb In 1 Minute 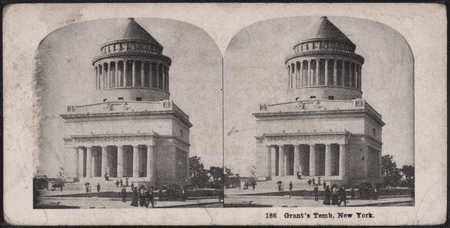 18th President of the United States and Commanding General of the Union Army during the American Civil War, Ulysses S. Grant was determined to persevere in the fight against slavery. Working closely with then-President Abraham Lincoln, General Grant led the Union to victory against the Confederacy. He rests in the largest mausoleum in North America, located on Manhattan’s Riverside Park. Culture Trip takes a closer look at Grant’s legacy and New York City landmark, officially named the General Grant National Memorial.

In 1885, General Grant’s funeral attracted an estimated 1.5 million people, including members of the United States government, world leaders, and 60,000 troops from both the Union and Confederate armies. This public outpour stretched seven miles from City Hall to his resting place in Riverside Park. General Grant is best remembered by the Siege of Vicksburg – a pivotal moment during the Civil War in which Union troops took control of the Mississippi River through a series of risky maneuvers. The Mississippi River was used to transport supplies during the war, and in taking control of this transportation system, Grant led the Union to certain victory, changing the trajectory of United States history forever. Diagnosed with throat cancer later in life, Grant died four days after the completion of his memoir. 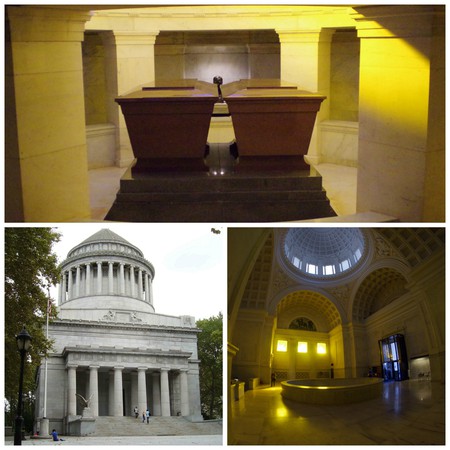 Grant’s Tomb, is a stunning, colossal, Neo-Classical structure in Morningside Heights, complete with six Doric columns, a terraced dome, and two granite eagles flanking either side. Grant’s epitaph is inscribed above the columns, urging, “Let us have peace”. These words were taken from his acceptance letter when he was nominated for the presidency. The tomb took 8,000 tons of granite from New Hampshire and Maine to be completed. But it’s not just granite. The exterior is made entirely of garniture, and the interior is made of Lee and Carrara marble from Massachusetts and Italy.

The tomb’s interior exhibits three frescos made by Allyn Cox; on the right hand side, Grant is depicted at Vicksburg; on the left hand side, Grant is seen with General Thomas at Chattanooga; and in the middle, Confederate General Robert E. Lee is surrendering to Grant in Appomattox. A circular crypt displays twin sarcophagi made of red granite from Wisconsin, where Grant’s remains are next to his wife’s. The tomb is complete with two reliquary rooms which house battle flags in a trophy case, and a circular wall depicting the various battles that Grant fought and won on a map marked with stars. About 90,000 people, mostly from New York, raised $600,000 to build the tomb.

Two competitions were held to design the memorial, which was ultimately created by John Duncan. In time, the tomb would fall prey to New York City’s grit; desecrated with graffiti, a shelter for the homeless, and a drug den, the tomb fell into disrepair. In 1994, a Colombia University student by the name of Frank Scatura wrote a 325-page whistle-blowing report, which helped raise $1.8 million from Congress to restore what is now one of Manhattan’s most stunning monuments.