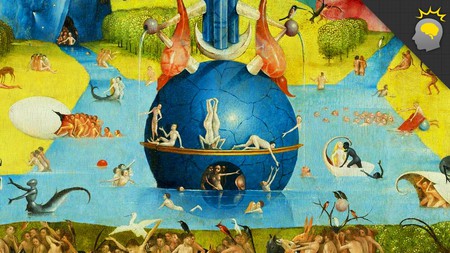 It’s worth considering the subtitle of Hieronymus Bosch: Touched by the Devil, a tense business-of-art documentary that opened at New York’s Film Forum ahead of the five-hundredth anniversary of the Dutch painter’s funeral mass on August 9 (Bosch lived from 1450 to 1516).

The allusion to the devil suggests that Pieter van Huystee’s movie probes Bosch’s perennial theme of sensual indulgence and the eternal damnation it reaps. It does so only in passing, thoughtfully but inadequately reflecting on the moral warnings contained in Bosch’s “The Haywain” and “Death and the Miser” and the artist’s frequent inclusion of suggestive ears and eerie-looking owls in his canvases.

The devil van Huystee seemingly has in mind is the one who lures modern man into covetousness – “greed” being one of the seven deadly sins that preoccupied Bosch. The film centers on two European museums’ unspoken competition to host the biggest Bosch exhibition in 2016. It elicited a tone of amused irony in van Huystee’s filmmaking.

Light on interpretation of Bosch’s work – a well-trodden but never-ending path that warranted a different movie this year – the 60-year-old director from the medieval city of Haarlem focuses on the Getty Foundation-funded work of the Dutch Bosch and Research Conservation Project over the last few years.

This group of eminent art historians and technical experts was assigned to help the Noordbrabants museum in s’-Hertogenbosch (familiarly Den Bosch), the artist’s hometown, secure as many of his paintings and drawings as possible for its celebratory 2016 Jheronimus Bosch: Visions of Genius exhibition, which duly ran from February 13 to May 8. They were led by Matthijs Ilsink, the film’s droll protagonist, who was co-curator of the Dutch show with his fellow Bosch authority Jos Koldeweij and the Nordbrabants’ shrewd director Charles de Mooij. 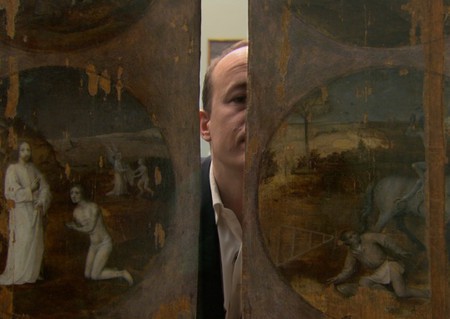 The movie’s drama derives from the fraught relationship between the Dutch delegation and the Bosch guardians at Madrid’s mighty Prado: Gabriele Finaldi (who has since returned to London’s National Gallery) and Pilar Silva Maroto. They gave van Huysee unusual access to their encounters, but Silva Maroto might have retrospectively regretted her participation. She comes across as a museum version of a helicopter mom when denying Ilsink’s wish to see the wings of Bosch’s “The Garden of Earthly Delights” triptych closed so he could look at the squally “The Third Day of Creation” Bosch painted on them.

One remark she makes to the camera with a smile casts her, perhaps unfairly, as the villain of the piece: “Well, the Dutch want to do it [mount a near-comprehensive exhibition], but the decision is ours because they have no Bosch paintings – and we do!” She is scathing about Koldeweij’s skills in attributing the paintings to Bosch and/or his studio apprentices.

It’s unfortunate that Silva Maroto is the only significant female presence in the film beyond an appreciative restorer and exhibition visitor Jet Bussemaker, the Dutch culture minister who clearly doesn’t “get” Bosch.

Though Finaldi is genial toward the Dutch experts, he still gives the impression of a man whose spouse has unexpectedly invited three distant cousins and their partners to stay for the weekend. When van Huystee asks him if the Dutch will be allowed to investigate “The Garden of Earthly Delights” and “The Seven Deadly Sins”, obviously with a view to borrowing them, his jaw tightens as he says the decision has not been made.

You can scarcely blame Silva Maroto and Finaldi for wanting to keep the Prado’s Bosch treasures “at home” during 2016 because the museum was planning its own extensive show, Bosch: The Fifth Centenary Exhibition (May 31 through September 11). Along with Bosch drawings, the Prado is showing 24 paintings, seven more than the Noordbrabants. The Prado loaned “The Haywain”, one of Bosch’s allegorical triptychs, to the Nordbrabants – but not his fantastical masterpiece “The Garden of Earthly Delights”.

It was a decision Mooij accepted since, he admitted, the idea of the Prado sending him The Garden was no more plausible than Amsterdam’s Rijksmuseum loaning Rembrandt’s “The Night Watch” to a foreign competitor. The Dutch experts had, in any case, enraged the Prado by disputing Bosch’s authorship of two of its works, “The Temptation of St. Anthony” and “The Cure of Folly”, prompting the Madrid museum to rescind its agreement to send them. 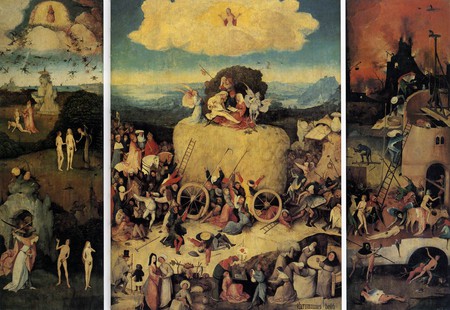 American art institutions contributed four Bosch paintings to the Noordbrabants’ exhibition. “The Adoration of the Magi” was loaned by New York’s Met, “Allegory of Gluttony and Lust” by the Yale Art Gallery, “Death and the Miser” by the National Gallery in Washington, D.C., and “The Temptation of St. Anthony” by Kansas City’s Nelson-Atkins Museum of Art. As the film shows, Ilsink and Koldewij’s attribution of the latter panel fragment to Bosch – an issue that had been in doubt – thrilled the Nelson-Atkins’s director, who pointedly says he wouldn’t hesitate to lend it to the Prado and did so after its Noordbrabants showing.

The wrangles for exhibition privileges may be business-as-usual for international art galleries, but the Bosch turf wars are a vestige of the military and cultural battles fought between Spain and the Netherlands since the mid-16th century. Finaldi, a Londoner born to an Anglo-Polish mother and Neopolitan father, candidly admits on camera that Bosch was appropriated by Spain – King Philip II was an avid collector.

Hieronymus Bosch: Touched by the Devil tells a potent story of executive maneuverings and barter but it skimps on the devilry. Though Finaldi and Ilsink use lovely words in marveling at Bosch’s imagination, the film disdains to explore why he gave vent to his perverse, tumbling fantasies in creating such phantasmagorical allegories on the price humans pay in overindulging in sex and gluttony. Its structuring absence is the wondrous “The Garden” with its hordes of orgying men and women; its huge strawberries, cherries, grapes, and fish; its crustaceous buildings; its hints of alchemy; and its Brueghelian hell with a defecating anthropomorphic bird, outsize musical instruments, demons, mutants, and egg-man treehouse. Hollywood CGI at its most paradisiacal or fiendish has nothing on this.

Van Huystee may have felt the otherworldliness of Bosch’s art had been adequately covered in 1980’s BBC documentary The Mysteries of Hieronymus Bosch. Compellingly written and narrated by Professor Nicholas Baum, who argued that the artist’s relentless moralizing about sin sprang from his orthodox Catholic beliefs. It answers many of the pressing questions the new documentary neglects to raise.