Has Sofia Coppola's "The Beguiled" Got Its Gaze in the Right Place? 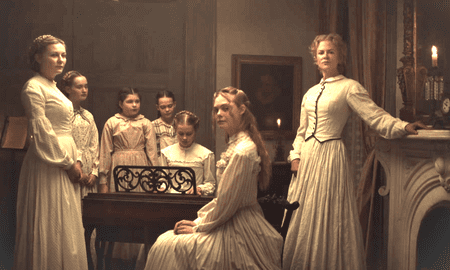 Nicole Kidman, Kirsten Dunst, and Elle Fanning get in a tizzy looking at Colin Farrell in The Beguiled. Does Sofia Coppola’s reboot of the 1970 Civil War drama simply co-opt male-style objectification? 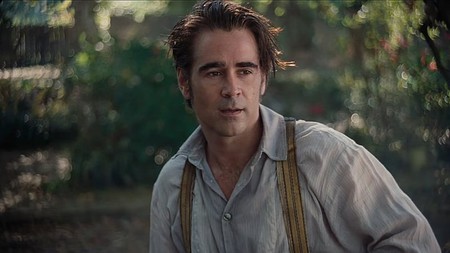 The desirous school body brings the soldier’s desirable body into its colonnaded house for healing. The principal Martha Farnsworth (Nicole Kidman), the teacher Edwina Dabney (Kirsten Dunst), and a student, Alicia (Elle Fanning), are set a-flutter by the arrival of the male “other” in their midst.

There’s a hormonal chain reaction. McBurney persuades the impressionable Edwina that he’s in love with her, so she’s naturally upset when she catches the recovering Yankee cavorting with the seductive Alicia. Sex having reared its ugly head in such a cloistered environment, it has to be lopped off.

It will be curious to see if Coppola opts to have McBurney castrated literally or symbolically. The director, who visited death on five blonde teenage sisters in The Virgin Suicides (1999) and teased the guillotining of Louis XVI and his sybaritic bride in Marie Antoinette (2006) won’t flinch from mutilating a callous seducer. It would be poetic revenge for the sexual and political cruelties inflicted on Dunst’s characters in those earlier films. 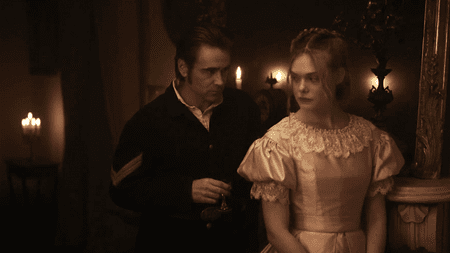 Like the elegant but gory 1971 Clint Eastwood version of The Beguiled directed by his mentor Don Siegel, Coppola’s film was based on Thomas P. Cullinan’s Southern Gothic novel A Painted Devil. The difference between them is one of perspective. The events in Siegel’s film were seen from the soldier’s point of view: the repressed Miss Farnsworth (Geraldine Page), a victim of incest, is half-mad; Miss Dabney (Elizabeth Hartman) is pathetically romantic; the sultry boarder Carol (Jo Ann Harris) who sets her cap at McBurney is a dreadful tease. Unsurprisingly, the movie was widely regarded as misogynistic.

Coppola’s The Beguiled, which opens in theaters on June 23, unsurprisingly privileges the female P.O.V., and we should expect it to empathize especially with Dunst’s Miss Dabney, the victim of McBurney’s manipulations. It remains to be seen how much it will feast on Farrell’s saturnine looks and devilish langour. It will certainly exploit the actor’s tabloid reputation as a ladies’ man—Coppola didn’t, after all, cast Seth Rogen or Jeremy Renner as McBurney. 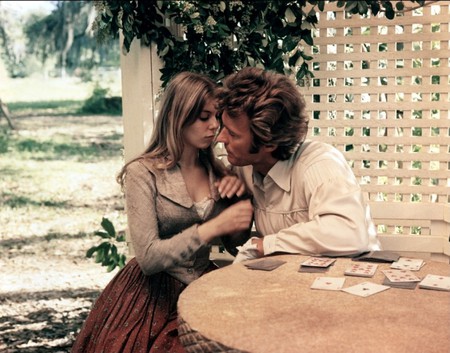 The Beguiled arrives at a moment when “the female gaze” is supplanting “the male gaze”—Laura Mulvey’s term for the presenting of women in films as the object of male pleasure. Movies like Magic Mike XXL (2015) and The Love Witch (2016) and TV series like Girls and I Love Dick focus on female looking and empathize with female experiences, not least in terms of sexual desire.

A shrewd feminist director like Coppola knows how to use the female gaze discreetly, so that it doesn’t become a parody of the male gaze—with its implied predatoriness, possessiveness, and violence. Expect The Beguiled to relay the women’s desires and emotional upheavals without patronizing or pitying them as characters.

If the female gaze is turned into a mainstream trope, however, it’s power will be diluted. One of the advance posters for Seth Gordon’s upcoming beach comedy Baywatch showed beefcakes The Rock and Zac Efron reflected separately in the lens of sunglasses worn by Indian actress and former Miss World Priyanka Chopra.

Ironically, it’s Chopra who is objectified. Whereas the tiny muscular male figures are looking at her, she’s not looking at them but at us, and she’s inviting male lust. Her full lips are bright red and her eyes are reflect arousal.

The legend on the poster? “GO AHEAD AND STARE.” Clearly, the female gaze has a lot of work left to do. 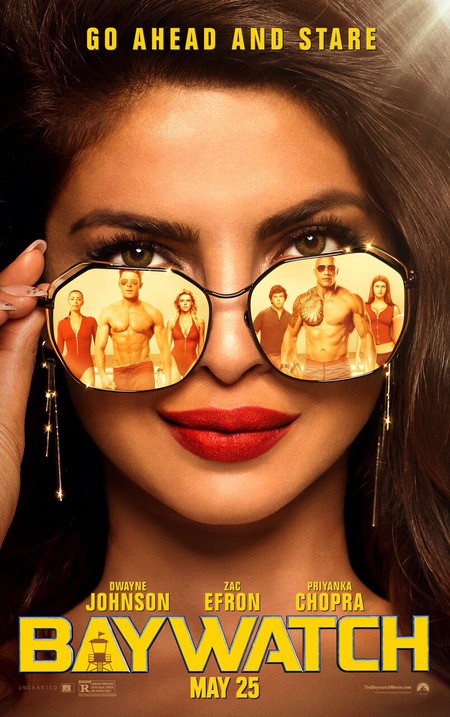