Mural By Brooklyn artist Elle | © Not A Crime Campaign

Not A Crime uses street art to stop injustice in education in Iran. This year, the organization is bringing its street art project to Harlem. Bringing together some of the best street artists in the world to spread their message through art.

The Not A Crime Campaign’s project is to raise awareness about the Baha’is of Iran – the country’s largest religious minority. The group peacefully supports progressive ideals like equality between men and women, but the Iranian government has denied them the ability to attend school because of their beliefs. They’ve been banned from school, and these murals help tell their story.

One of the first murals was made by Ricky Lee Gordon and is on display at the Faison Firehouse Theater. 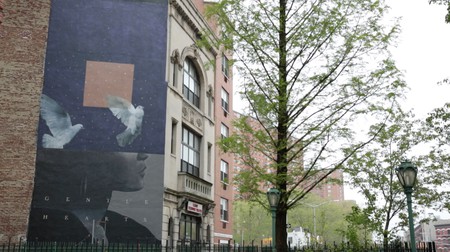 Mural by Ricky Lee Gordon | © Not A Crime Campagin

The Not A Crime Campaign was created by former Newsweek journalist Mazier Bahari, who was jailed in Iran. He created the campaign to expose the injustices in the government, and now in its second year, it’s gained traction. This year, he partnered with NYC-based firm ‘Street Art Anarchy’ that works with world-renowned street artists to curate the murals. 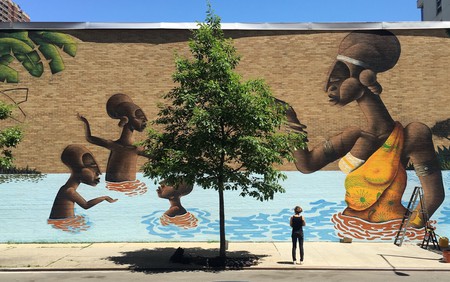 Mural by Alexandre Keto on 120th Street | © Not A Crime Campagin

Bahari says he chose Harlem because it’s one of the most famous places in America to many Iranians. After the Iranian Revolution in 1979, the Iranian government used the US’s treatment of African-Americans in places like Harlem to distract from their own treatment of their own people, so their shared oppression immediately made the Harlem community receptive to the Not A Crime Campaign. 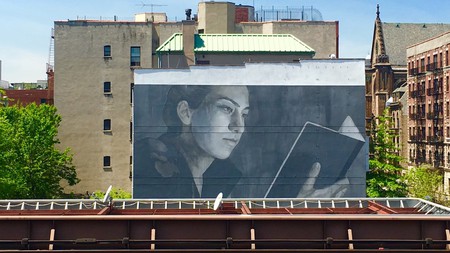 Mural by Australian Artist Rone | © Not A Crime Campaign

This campaign is the largest street art project ever brought to New York City. Though it started in Harlem, it’s spanned across four boroughs and New Jersey.

The murals focus on the right to education, saying emphatically that education is ‘Not A Crime,’ and that all should have access to it. 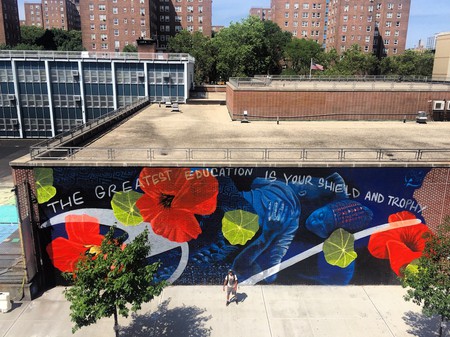