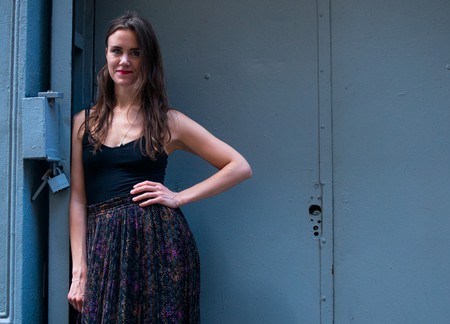 Ása Helga Hjörleifsdóttir’s The Swan is a wrenching near-metaphysical drama about a nine-year-old girl, Sól, suddenly confronted by the intricacies of adult experience.

As a punishment for stealing, Sól (Gríma Valsdóttir) is sent by her parents to stay with her mother’s aunt and her husband on their farm in remote northern Iceland. She there befriends a troubled seasonal farmhand, Jón (Thor Kristjansson), and incurs the enmity of the couple’s pregnant student daughter, Ásta (Þuríður Blær Jóhannsdóttir), who has just been dumped by her boyfriend. Previously Ásta had an affair with Jón, who still loves her. The movie is less concerned with the adults’ incontinent behavior than their effect on the vulnerable little girl. It is blessed by an extraordinary turn by Valsdóttir, who is now 13.

Hjörleifsdóttir was born in Reykjavik in 1984 and educated at the University of Iceland and the Sorbonne. She worked as a book critic for Iceland National Radio before getting her MFA in film at Columbia University in 2012. Back in New York City, she talked to Culture Trip about her exquisite feature debut.

Culture Trip: The Swan is based on the Guðbergur Bergsson novel, but how much of your nine-year-old self is in the character of Sól?

Ása Helga Hjörleifsdóttir: Almost all of her. When I read the book, I felt the book was reading me, or that this was me when I was nine. So there was a deep connection from the beginning. I really went on a psychological journey with this movie, in bringing back to life nine-year-old Ása. Even the valley where we shot the film [near Akureyri] is a place where my father lives part of the year – his parents were farmers and he used to live there full time. Most of the year I would live in the city with my mother, then for the summer I would go up there on a bus to stay with my father, feeling a bit homesick and weird to start with but then connecting with the people and animals. So that was all very personal. Even shooting the scene with Sól on the bus was a strange therapy session for me.

CT: When you’re eight or nine, you become aware that adults have sex. The scene where Sól discovers Ásta and Jón naked in the barn is unsettling – for her, for us.

AHH: Many people, remembering that feeling, have reacted to that scene in that way. It’s like a betrayal, because you sense that there’s some sort of divide between yourself and the adults, but at the same time you understand you will become like them some day.

CT: Do you think Ásta and Jón become negative parental figures to Sól?

AHH: I never thought of it that way, but that’s absolutely right, and Sól asks herself which one she’s most like. At the beginning, she doesn’t want to be like Ásta and feels connected to Jón, but maybe at the end the two girls aren’t so unlike each other. When I was structuring the script, I wrote scenes of Sól and Jón together and we see Ásta reacting angrily to them. It’s some kind of triangle! [Laughs] 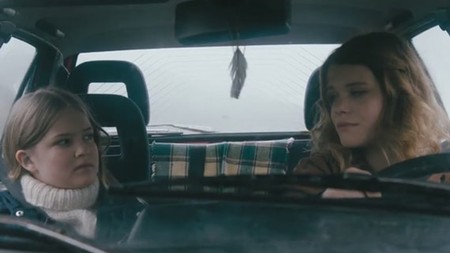 CT: When Ásta bluntly tell Sól she has had an abortion, it coincides with Jón slaughtering the calf that Sól had been rearing as a pet. So there’s a double betrayal there, one echoing the other.

AHH: Sól and Ásta both lose their babies in a way – it’s a loss of innocence for them both.

CT: Tell me about using the camera almost subjectively, from Sól’s perspective.

AHH: The book is written as an interior monologue. One of the creative challenges of this adaptation was how to keep the subjective vision without having 90 minutes of voiceover. I was always going to have the camera be with Sól and her creatively limited point of view. She doesn’t fully understand everything, but what does she think is happening instead? Expressing that was one of the goals of the screenplay. For example, Ásta goes to see if there’s still hope with this predictable boyfriend of hers and then comes back crying, and Sól sees it and weaves it together with her own fictional story, filling in the gaps, which is what I think kids do. I certainly did. Sometimes I mixed Sól’s intimate point of view with a more objective point of view – that of nature or time. By doing that, I didn’t feel we were going away from Sól but delving further into her perception. 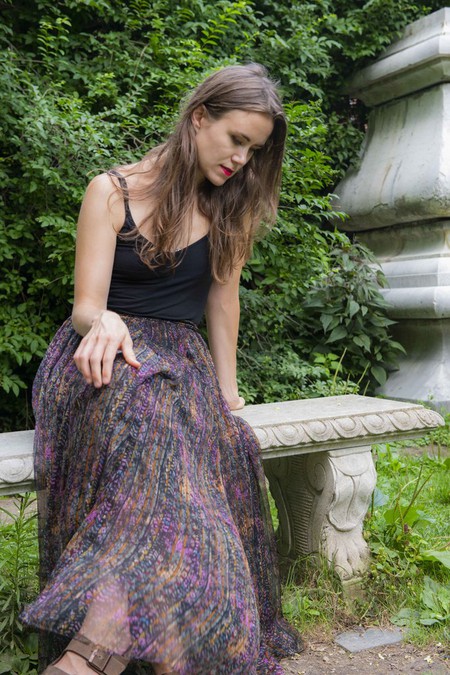 CT: Some reviewers have suggested it’s inappropriate when Jón cuddles Sól in bed briefly. It’s certainly troubling, but it seems more like a brotherly hug than anything predatory.

AHH: I think so too, but a lot of people are on edge when they see that scene. What’s he going to do? Maybe he goes too far in some way, but I don’t think it’s anything to worry about. There have been different kinds of reactions depending where in the world I’ve screened the film. The film premiered in September 2017 and just a month later #MeToo happened. While one of the most important revolutions ever is happening, it’s important to remember that human experience often falls into a grey area. You can’t always say that’s right, that’s wrong. I question whether art should be a place where that should be done. Art itself is a grey area also and should be able to mirror ambiguity.

CT: Do you think Ásta and Jón’s psychological issues are specifically Icelandic?

AHH: I sent the writer an almost finished cut of the film, and asked him if he had any notes. He was happy with the film, which was a big relief, but he said that one of the main points – and he maybe didn’t realize his book was about this – was this very Icelandic self-inflicted sorrow. You see in a lot of Scandinavian and German cultures that have a Lutheran background that life should be painful, that you should suffer and not have a good time because that’s a sin. Another common factor among Icelandic and Nordic people is the inability to express emotions. Instead we resort to black humor to express what’s on our minds. I hope it comes across in the film that nature expresses what humans can’t express with words.

CT: Tell me about working with Gríma Valsdóttir, your remarkable lead actress.

AHH: She’s a wonderful artist and a good friend. It’s like she has become my other child or something – I have a son – after this whole experience. She’s a very intuitive actor who doesn’t do anything she doesn’t believe. She will listen and take something in and then she’ll do it her way that is somehow almost always perfect. Most of the time what you see in the film is the first or second take.

CT: Does she want to become an actor?