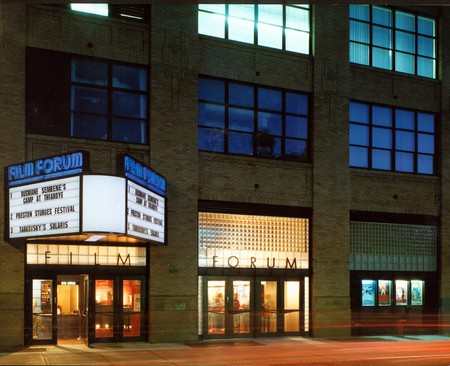 Film Forum director Karen Cooper anticipates an exciting future for the venerable independent theater as it adds a new screen.

The scaffolding that’s long been attached to the Film Forum building on West Houston Street between 6th and Varick is not a sign of the edifice crumbling. It’s a sign of renewal for Manhattan’s most beloved first-run and repertory film theater, now in its 48th year of existence. The cinema is being remodeled to add a fourth screen, and the addition should ensure greater longevity and flexibility for Film Forum’s eclectic international premieres, as well as last fall’s Henry Fonda and James Stewart retrospective and winter’s five-week Ingmar Bergman festival. 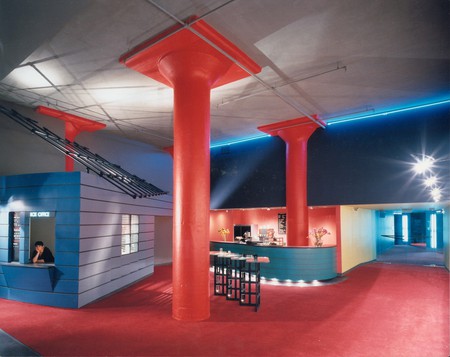 Film Forum’s success can be attributed to the work of its director Karen Cooper and her programming partners Bruce Goldstein—who is responsible for the repertory curating and booking—and Mike Maggiore, who, with Cooper, selects premieres. Cooper recently talked to Culture Trip about Film Forum’s past, present, and future.

Karen Cooper: Film Forum was founded by two young cineastes, Peter Feinstein and Sandy Miller, in 1970, very much with the thought of showing underground films and the kind of stuff Andy Warhol was doing. The intention was to make independent films more accessible to the general public, so you didn’t have to be a member of anybody’s subculture to want to look at this work. 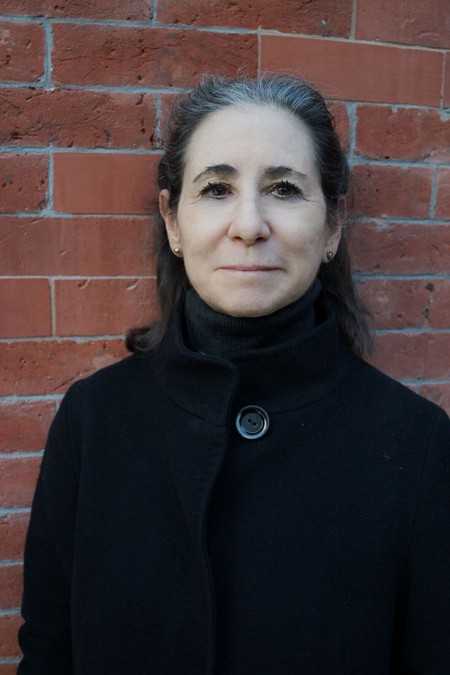 CT: When did you become Film Forum’s director?

KC: In the fall of 1972, so I’ve been a director now for over 40 years. We’ve had four incarnations in that time. Our very first home was a tiny loft space on the Upper West Side with 50 folding chairs. We were there through 1975. We played films by directors like Stan Brakhage. My personal true love has always been documentaries, so I also showed Michael Rubbo’s films and early Les Blank. The very first film I showed was Peter Robinson’s Asylum [1972].

We moved to Vandam Street in SoHo 1975, and we were there for five years in a space that wasn’t physically well-suited to showing movies. All this time—from 1970 to 1980—we had single screenings on the weekends. That was all. Then, in 1980, I was able to get a loan from the Ford Foundation and build a two-screen cinema on Watts Street. It was in late 1986 that Bruce Goldstein teamed up with me to create a repertory program. We showed premieres on one screen and classics in the other. Unfortunately we were kicked out of that lovely space in 1989. We reopened with three screens on West Houston Street in the fall of 1990 and we’ve been there ever since. So we’ve grown incrementally over a good number of decades.

CT: Film Forum is run as a non-profit. Does this means nobody actually owns it?

KC: Yes, in the same way nobody owns the New York Public Library or the Metropolitan Museum of Art. Technically, every non-profit is run by a board of directors. Some are working boards that make day-to-day decisions. In [our case], the organization is run by myself, Bruce, my co-programmer Mike Maggiore, our general manager Chad Bolton, and Adam Walker and Shelley Farmer, who do the publicity for the premieres and the repertory program respectively. We program the films and publicize and market them. But the board of directors is nominally in charge and has the critical role of helping me to raise money. A non-profit is structured so that you do more for the public than you charge them for.

CT: Over the years, do you think your ethos has changed in terms of programming?

KC: I think the big change came when I personally came to terms with the fact that experimental movies were not what moved me emotionally or intellectually. So I’ve devoted more time to programming foreign features and certainly films that are not conventional narrative work, but are not experimental films—Brakhage and that sort of thing.

I think Bruce’s bringing in a repertory component was a tremendous plus and brought in a whole new audience, and a larger audience. What Mike and I program is very much dependent on what’s out there. People say to me, for example, “Gee, I see you’re showing a lot of work from Eastern Europe.” Well, a lot of work from Eastern Europe is being produced that’s of very high quality and it’s available to us. 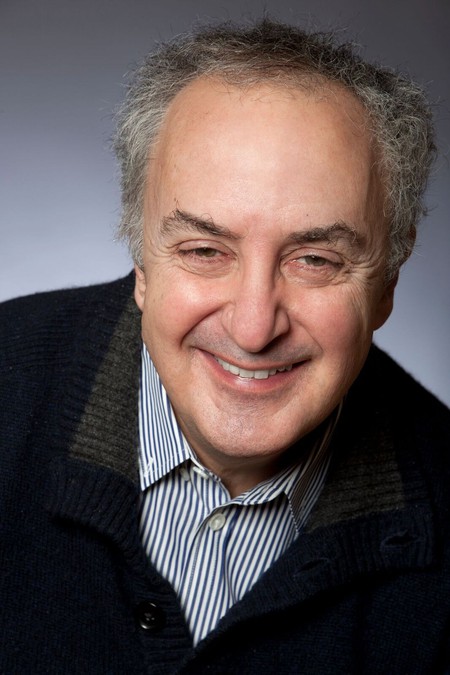 KC: It‘s not a happy answer when it comes to Netflix because that, frankly, is our main competition—it’s not other independent theaters. We have to compete with the notion that you can stay home and stream something that might be a perfectly worthwhile film. You can do that in the comfort of your living room or bedroom. Alternatively, you can take the subway or a cab and spend time and money and energy and see films in a very different context at places like Film Forum, which, I feel, is a much more emotional and resonant experience.

The biggest impact that the Internet has had on us is that a younger generation has grown up not having the more social experience of seeing films in a movie house. But there are positive aspects in terms of our marketing being able to reach tens of thousands of people via the Internet, and I don’t in any sense downplay that. It’s incredibly important for small organizations especially to have that kind of outreach, but we have to face the fact that the habit of going to a theater to see a movie on a big screen is evaporating.

CT: What role has Film Forum played in furthering the careers of certain directors?

KC: I think it’s hard to take credit and say we’ve launched certain people. That’s not really fair. Most people who become overnight successes have been working for decades. We didn’t launch Fred Wiseman. Fred has been making movies for half a century. But we were one of the first theaters to show his work. I’ve shown a great deal of D.A. Pennebaker and Chris Hegedus’s work—I think they’re wonderful documentarians. As I said, back in the ’70s, I showed early Michael Rubbo films, but, for reasons I don’t completely understand, Michael’s films really never caught on. Perhaps because he worked in Canada, he never really connected with the American public.

I showed early [Rainer Werner] Fassbinder, [Werner] Herzog, and [Wim] Wenders. Also early Werner Schroeter—still a name that most people don’t know. But I would never take credit for starting them off. I think I was fortunate to find them at a time when they had few options to show their films in a theater.

KC: Bruce has such a clear focus of what he thinks is important and what eras of cinema he wants to mine. He has so many strong relationships with archives and collectors of prints that I really think he is sui generis.

CT: What do you consider your competition?

KC: I think the kind of space we’re competitive for is the space in people’s lives. Does someone have time to go to a film theater? How much “entertainment dollars” do they have, as the trade papers refer to it? I think our real competition is with those realities and not so much with other folks who are doing things that are somewhat similar to what we do.

CT: You like to keep Film Forum audiences guessing.

KC: There are surprises. I like the fact that we show utterly quirky work that nobody else will touch. We’ve shown documentaries about dust, about slime mold, about a year in the life of a Dutch gardener, and other oddball little movies that I don’t think would get on to some of the other screens in the city. 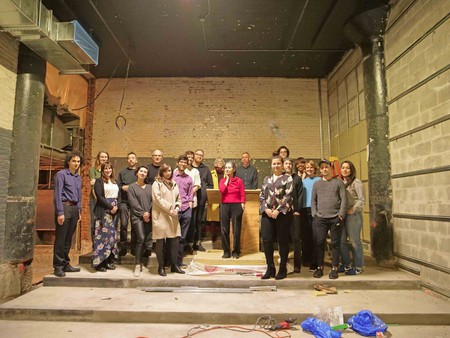 CT: Can you tell me about your plans for adding a fourth screen?

KC: We’ve started work on it already. We’ll be closed down completely in May and June and reopen during the summer with all four screens. I think it will make a big difference to the lives of our patrons, and therefore to our ongoing survival and blossoming. If you’ve got three screens and you’re creating a fourth, you’re literally increasing the number of films you can show by one third, so that’s a big plus.

We’re not increasing the number of seats at all. We’re keeping approximately the same number of seats spread over four separate spaces. We’re buying entirely new seats and they’re larger and more comfortable and frankly a lot more luxurious than what we’ve had all these years. The lobby will be pretty much the same but the theaters will be more spacious and accommodating and it’ll be a more pleasant experience.

CT: How will this affect your programming?

KC: We’ll have one screen for Bruce’s repertory programming, one screen for premieres, and I would imagine the other two screens will be premieres as well, while they’ll give us the opportunity to move films over that have been successful on the first two screens.

Hopefully, it will increase the number of films we play because we’ll able to get more titles that would go to other theaters. It remains to be seen—you can only project so much. But we’re still very much committed to what we’ve been doing for almost the last 50 years. Construction in New York is a pretty tough road to go down, so there’s an air of nervousness, but there’s an air of excitement, too.