Florence Foster Jenkins Is A Passionate Ode To Music 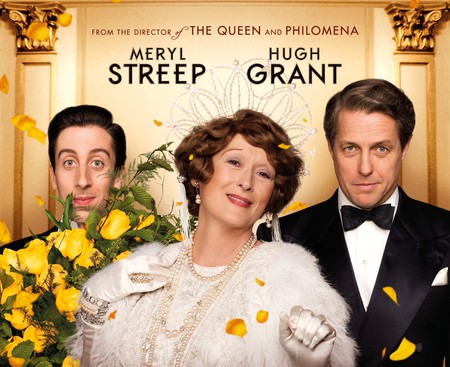 Genius, the cliché goes, is one percent inspiration and ninety-nine percent perspiration. We’ve all heard it, hammered into our heads by unscrupulous bosses and sneakers ads, and we’ve all gotten the point – talent alone won’t get you anywhere; you need to put in the work.

But why has no one ever warned us about the perils of its opposite: what if the real danger was, in fact, the lazy man’s nightmare – to have all effort and no flair? In this regard, the story of Florence Foster Jenkins (1868-1944), a wealthy American socialite who made a career of being an absurdly inept singer, comes in handy. It is the subject of Stephen Frears’ latest movie, in which the title role is played by Meryl Streep.

Movies about music tend to be particularly disappointing when it comes to, well, their music. So widespread is this neglect that it can be found in everything from indie favorite Nick & Norah’s Infinite Playlist (where bland scrapings make up most of the soundtrack) to Youth, the latest work of Italian director and critical darling Paolo Sorrentino, whose climactic ending is ruined by a supposedly world-famous, but conspicuously ugly composition.

While this laziness can be excused in films that aren’t centered on music, it shouldn’t for those that are – one cannot be expected to take them seriously. Why should we believe that Michael Caine’s character in Youth, a brilliant composer, ever made this crap? 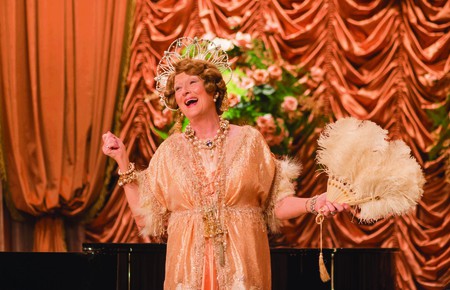 Meryl Streep as Florence Foster Jenkins during one of her recitals.

Thankfully, this is one all-important hurdle Florence Foster Jenkins manages quite gracefully. It may be rarer than we’d like, but for once, we have a movie about music that is itself passionate about music.

Make no mistake, despite the titular character’s regular massacring of beautiful pieces, this movie is very much focused on the art, and keen to remind us so. Fantastic music is heard throughout – put to judicious use, most notably, within crucial scenes. It is Saint-Saëns’ “The Swan” that Florence’s accompanying pianist, Cosmé McMoon, plays during his audition, melting his future employer’s heart while others in the next room mock his choice.

Likewise, it is a p.erformance of Delibes’ “The Bell Song“, sung by the mesmerizing Aida Garifullina, that affects Florence to such an extent that she feels the need to perform again. Both are emotional Romantic works, part of a soundtrack successful in creating a very convincing sentimental atmosphere.

If this all sounds a little melodramatic, it’s because the movie is. While a fictional treatment of Florence’s life could’ve all too easily emphasized the farcical nature of her story, this film, to its credit, stays as close as it can to the facts. And these are tragic, to say the leas

Nascina Florence Foster was a prodigy pianist who grew up in northeast Pennsylvania, for most of her life the only child of a wealthy family (her younger sister died at the age of eight). After her father refused to pay for music studies past high school graduation, Florence, then barely 16, eloped with the man who would become her first husband, Dr. Frank Jenkins. She contracted syphilis – back then an incurable disease – shortly after marriage, breaking contact with Frank as soon as it was diagnosed and going on to earn a living as a piano teacher. Yet, an arm injury soon ruined her playing, pushing her to dire poverty with no way of making money. She was eventually rescued by her mother, with whom she moved to New York around 1900.

It is there we find her in the film, some 40 years later, her parents long gone, and remarried to a mediocre Shakespearean actor, St. Clair Bayfield. He cares for Florence, living with her during the day (his nights spent with lover Kathleen Weatherley at his apartment), and managing her many activities – helping her become a very active socialite and patron of the arts (Arturo Toscanini, the legendary conductor, makes regular appearances). That is, all in addition to – you guessed it! – her occasional warbling. 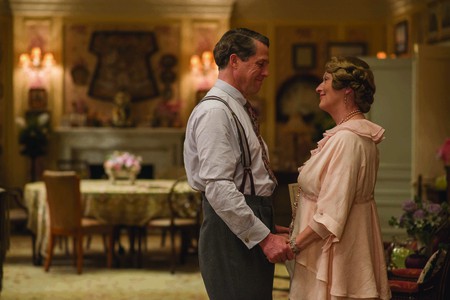 Hugh Grant and Meryl Streep, full of loving sentiments as St.Clair and Florence

If anything, the movie makes her singing seem rarer than it really was; we know she started giving recitals in 1912 and continued until her death, unperturbed by the laughter that always accompanied her performances. Most accurate, however, is the fact that all her shows, save for the last one, were invitation-only. In the film, it is St. Clair’s task to make sure those attending her recitals aren’t going to cause trouble with open mockery. A fiction that works perfectly well until St. Clair absents himself to spend a few days away with Kathleen, only to return to find Florence booked for a sold-out public night at Carnegie Hall, on the heel of a very successful first recording. She was always entirely convinced of her own talent; radio listeners were now finding her extremely funny.

Meryl Streep’s musical performance is based on Florence’s only existing recordings, nine pieces she taped towards the end of her life. The poor diction, lack of control, deviating pitch, and clumsy rhythm are all replicated to perfection, yet the scenes aren’t entirely comic. While they allow the viewer to understand her audience perfectly – any person listening to her live couldn’t help but find her ridiculous – there is an uneasiness that accompanies every one of her shows. Each performance is shown a little too clearly for a little too long; all one gets out of it is a sense of embarrassment. It is an awkwardness similar to the one found in the latest Coen Brothers effort, Hail, Caesar! (those extended scenes, playing on repetition), all tinged with the added melancholy of her backstory. The effect, then, is somewhat surreal – when the audience in the movie itself is crying with laughter, the viewer has trouble not feeling ashamed for the oblivious diva. In short, we never quite forget just how sad the whole thing is.

Florence suffered a heart attack on October 27, 1944 – two days after performing at a sold-out Carnegie Hall in her first, and only, public recital – and passed away a month later. And that’s the danger with real-life tragedy, isn’t it? It all sounds like it’s a bit too much… too unrealistic, in fact. So, after her father’s disapproval, her elopement, her disease, her crippled talent, her poverty, and her delusions, Florence Foster Jenkins died right as success found her. Even if this film, like Sorrentino’s Youth, was at times not helped by the obviousness of its dialogue (one early scene introduces Kathleen and St. Clair’s relationship with a few ‘I love you’s’ – now that’s expository writing!), there was very little this treatment could do to make the story not sound melodramatic.

After all, Florence’s passion, knowledge, and love of music were thwarted by an ill-disposed universe. At some point, her only option for musical success became simply not to care: ‘They might say I can’t sing, but they can’t say I didn’t sing’ was her actual line. The one thing this movie makes clear above all else is that Florence absolutely lived for music, to the point where she couldn’t cope with not being a part of it – her desire to make beauty overpowered everything in her life, including her perception of reality. If that is delusion, it is delusion in the grandest sense, on par with Don Quixote and his windmills, one where the idea of doing something good and worthwhile replaces the real world itself. And yes, things can hardly get more dramatic than that. It may be worth remembering, then, what kind of peril all effort and no flair (or all perspiration and no inspiration, if you prefer) really yields – tragedy. Tell that to whoever thinks you’re not working hard enough.