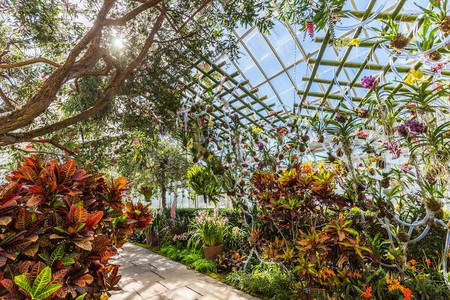 Thousands of spectacular orchids inhabit the Enid A. Haupt Conservatory’s fragrant glasshouses at The New York Botanical Garden, where the Bronx-based institution welcomes its sixteenth edition of The Orchid Show. This year, the celebrated botanical exhibition is curated according to the ambitious visions of Belgian floral artist Daniël Ost, who has transformed these exotic specimens into breathtaking works of art.

They call him “the Picasso of flower arranging”—indeed, Daniël Ost has managed to augment some of nature’s most arresting blooms with his keen eye for arrangement and design. Ost prefers to call himself a bloembinder, the Dutch term for an artist whose principal materials are floral. 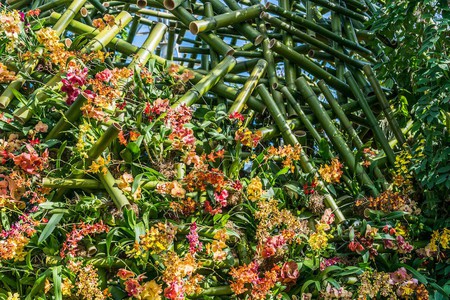 Born in Sint-Niklaas, Belgium, Ost received initial training in his home country and in the Netherlands, where botanical artists are taught to use as many flowers as possible to maximize their commission. But upon visiting Japan for the first time in 1983, Ost befriended ikebana grand master Noboru Kurisaki, who would become his mentor.

Ost boasts some 100-plus expeditions to Japan, where he subsequently trained in the art of ikebana, or flower arranging according to a strict and precise set of rules. Inherent in this ancient Japanese practice is the philosophy of wabi-sabi, an appreciation for imperfection and impermanence. Unlike the European and American ideology that more is more, Ost learned to be selective of the flowers with which he worked. “Daniel-san,” Kurisaki would say to him, “sometimes one flower can say more than 10,000.” 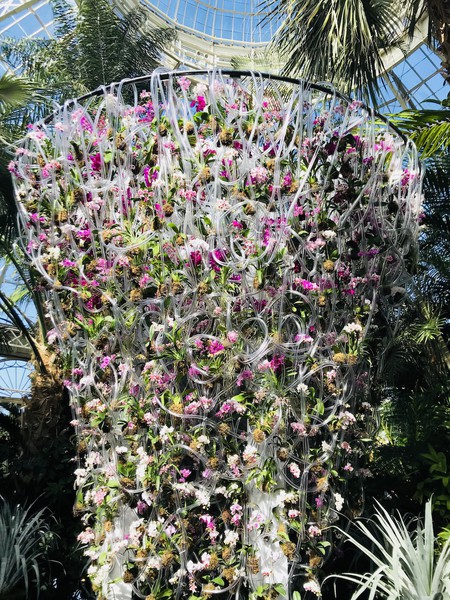 Ost’s aesthetic is all his own, and though he has been compared to heavyweight sculptors Anish Kapoor, Claes Oldenburg, and Andy Goldsworthy, he’s considered the world’s preeminent floral artist, responsible for raising exquisite royal weddings and international exhibitions to another level. His horticultural showcase for The New York Botanical Garden presents the widest breadth of orchid diversity in any Orchid Show to date, showcasing each and every flower as an individual thing of artful beauty.

An 18-foot-tall sculpture towers beneath the Palms of the World Gallery’s dome, where white and fuchsia orchids—featuring a range of natural patterns and color gradients in between—are entangled with clear tubes “meant to evoke water and connect to the Conservatory’s glass,” states the press release. 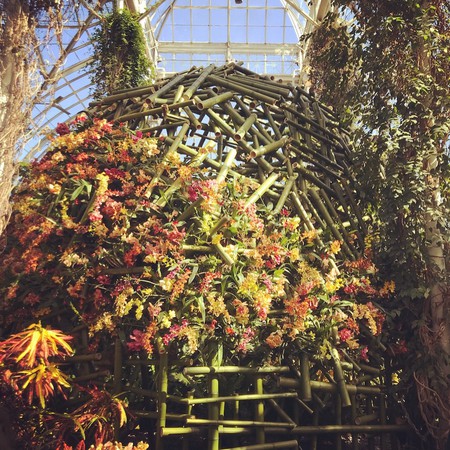 The neighboring Seasonal Exhibition Galleries exhibit installations and interventions that mirror the architecture of their surroundings. A large-scale latticed bamboo hemisphere engulfed in a manicured sash of colorful orchids sits underneath another Victorian dome, while more orchids radiate from the ground and hang suspended from bamboo trellises.

“The installations are about our devotion to the plants of the world. It’s a celebration of the botanical diversity that we as an institution are devoted to identifying and saving,” said the New York Botanical Garden’s Vice President, Todd Forrest. 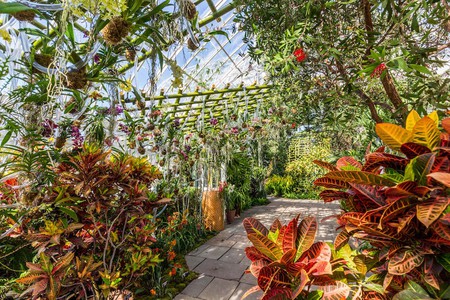 The Orchid Show will be accompanied by a series of themed programs and events, from tours to horticultural classes and “Orchid Evenings” hosted on-site with music, dance, and specialty cocktails.