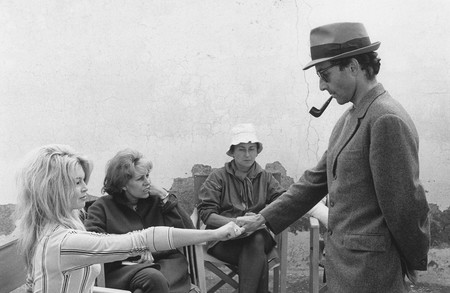 Michel Hazanavicius, the director of The Artist, has released the first trailer for Redoubtable, his satirical biopic of Jean-Luc Godard. No, it doesn’t leave us “breathless” and it doesn’t fill us with “contempt.” It just sits there trying to be amusing.

Starring 33-year-old Louis Garrel as Godard, Redoubtable is based on Un an Après, the actress-novelist Anne Wiazemsky’s memoir of her marriage with the French New Wave filmmaker.

A granddaughter of the French novelist and dramatist François Mauriac, Wiazemsky was born into the princely Russian Rurikid dynasty in Berlin in 1947. She was acting in Robert Bresson’s Au hasard Balthazar—and fending off his advances—when she met Godard at a screening of Bresson’s rushes in 1966. He and the actress Anna Karina, his former muse and star, had divorced the previous year. 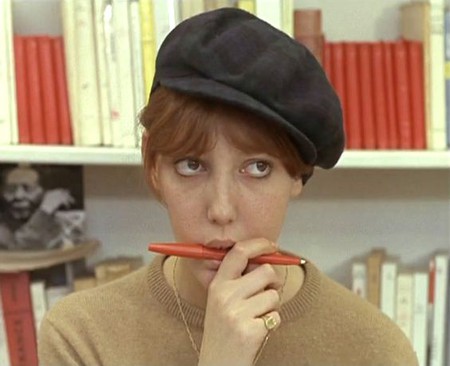 Wiazemsky was a student at Paris’s Nanterre University when Godard was courting her; he’d arrive at the college in his sports car. Meeting her leftist revolutionary friends there inspired him to make La Chinoise, his political satire about young Parisian Maoists planning a terrorist attack. The film anticipated the May ’68 riots. 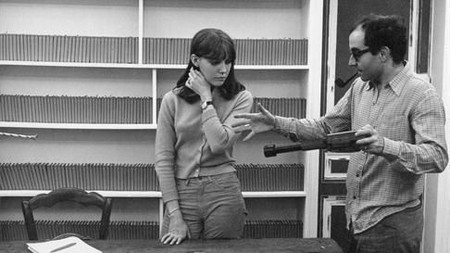 Hazanavicius’s Redoubtable is set during and after the filming of La Chinoise. Though Godard had previously experimented with non-narrative filmmaking and used dramatic devices absorbed from Brechtian theater, his more radical work on the new film alienated some of his friends.

This, and the 1968 unrest, pushed him into a creative crisis that entrenched his position as a scourge of bourgeois values, one reason he rejected the modes of classical cinema. In 1968, he and the Maoist student Jean-Pierre Gorin formed the Dziga Vertov Group and embarked on a series of nine radical films informed by Brecht and Marx. 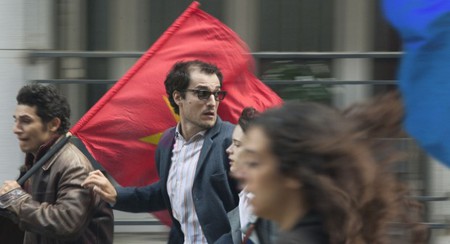 Their collaboration culminated with 1972’s Letter to Jane. A film essay on a news photo of Jane Fonda visiting Vietnam, it was a postscript to Godard and Gorin’s anti-capitalist critique Tout va bien, which starred Fonda and Yves Montand.

Haznavicius’s trailer makes a stab at running some Godardian titles (derived from Brecht) in the form of critical assessments of the erstwhile Swiss enfant terrible. It then has Garrel’s Godard talking disdainfully about actors, a typically Godardian provocation, but one that falls flat in the teaser. (In 2003’s The Dreamers, set in 1968, Garrel had played a movie addict and student protester last seen throwing a Molotov cocktail at the Paris police.)

The trailer’s jaunty tune is from Mozart’s “Eine kleine Nachtmusik (Serenade for Strings in G. Major) K. 525”. Wiazemsky is played in the film by Stacy Martin, the French-English actress who appeared as the young incarnation of the Charlotte Gainsbourg character in Lars von Trier’s Nymphomaniac.

Godard wasn’t impressed when he heard Redoubtable was being filmed. “Oh, to even hear about it, [I] do not want to! I do not like it,” he said. “Although, in fact, do not care. Stupid idea, stupid.”